Charlotte Bredahl was a member of the 1992 bronze medal U.S. Olympic dressage team in Barcelona riding Monsieur. In 1997, she was part of the silver–winning team at the North American Championship on Lugano. She trained both horses from the start. Charlotte is a USEF (S) judge and FEI 4* judge who has judged all over the world. Three years ago, she was appointed USEF Assistant Youth Coach and now dedicates most of her time to coaching. She recently purchased a home in Wellington, Florida, where she plans to spend winters. Do you have a question you want Charlotte to answer? Send questions to editor@sidelinesnews.com.

How were riders selected for the U.S. team at WEG?
First of all, they had to complete three CDI Tryout Events/Qualifying Competitions during a certain time period. The scores they achieved in those shows were recorded and a ranking list established by USEF. After the conclusion of the qualifying period, eight athletes were selected and named to Short List.

In addition to the ranking list, many other factors are considered: the previous international experience of athlete and horse, trend in scores and their potential to contribute to a medal-winning team. Once the Short List was named, those athletes then had to compete at certain observation events in Europe. The team was named after the last observation event, which was Aachen. There are many considerations in naming the team in addition to their placings/scores at the observation events — the actual Selection Procedure document is 12 pages long.

What was the best part of WEG for you?
The best part was to watch the U.S. team win silver and then Laura Graves win individual silver. I can’t even describe how happy I was for them. They’ve worked so hard to get there and then to have it all fall into place was just magic. I know that magic only happens after blood, sweat and tears. There also has to be an outstanding team behind the team — it truly takes a village. What made this silver medal even more meaningful was the fact that the standard in general was higher than ever. I have never seen so many great rides back to back.

Which riders impressed you at WEG?
I have to say a lot of them did. It was a great mix of seasoned competitors/horses and upcoming stars. Starting with the silver-medal-winning U.S. team, I was incredibly impressed with all four of our riders. Steffen Peters was our veteran, having competed in four Olympics and winning team bronze with Kasey Perry-Glass and Laura Graves in Rio 2016. Adrienne Lyle was part of the U.S. Olympic team in London 2012, so even though we have a young team, they are already very experienced. The horses consisted of the two amazing veterans, Verdades and Dublet, and the two very talented young horses, Salvino and Suppenkasper.

The gold-medal-winning German team consisted of veterans and upcoming talent. Of course, Isabell Werth doesn’t need any introduction, having six Olympic gold medals and still at the top of her game. Dorothee Schneider is also a veteran with an Olympic team silver and gold medal to her credits. She is one of my favorites. I don’t know her personally, but have watched her in and out of the show arena and she’s always very correct, composed and fair to her horses. She’s always a pleasure to watch. Sonke Rothenberger is one of the sport’s youngest stars and I believe his young horse, Cosmo, is one of the most talented horses in the world. He makes even the hardest movements look so easy and in amazing balance and self-carriage. Jessica Von Bredow-Werndl is young on a younger horse and they present a beautiful and harmonious picture.

Last but not least, we have the British bronze-medal-winning team of veteran riders on mostly very young horses. Carl Hester is always a master and did an outstanding job on yet another young horse he’s bringing along. Charlotte Dujardin did the impossible, winning individual bronze on the 9-year-old mare Mount St. John Freestyle. Just astounding. Emile Faurie and Spencer Wilton are both experienced Olympians and helped the team win the bronze medal.

I also have to mention the Swedish team, which came in fourth. They also have two incredible veterans in Tinne Wilhelmsen (seven-time Olympian) and Patrick Kittel on his fantastic mare Well Done De La Roche. Also part of the team was Juliette Ramel who put in beautiful tests with beautiful self-carriage on Buriel KH. Their other “youngster,” Theresa Nielshagen, also put in great rides on Dante Weltino.

What did you take away from WEG about U.S. Dressage’s standing in the world?
I think the U.S. team did amazingly well in very, very tough competition. Each one of our riders is outstanding, not only as riders but also as horsemen and sportsmen. I think we’re in a very good place, because we have such great role models for our upcoming riders to learn from and look up to. We have a great team of coaches who work very well together with great leadership and support from our Federation. Each one of our programs feeds into the next, forming a solid pipeline. Debbie McDonald as coach for three of the team riders and Robert Dover as technical advisor have proven to be a very powerful combination. The riders and coaches all have more support than ever before. 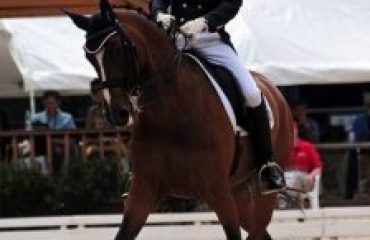 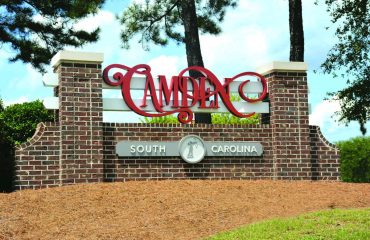 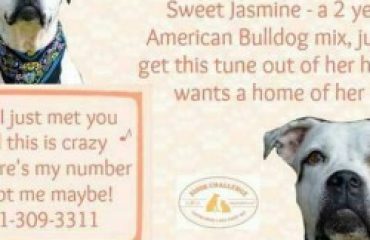 Dog of the Week – Jasmine