For Southern charm and history, Charleston is not to be missed. Charleston lies along South Carolina’s Atlantic coastline and is the state’s oldest city, offering a glimpse into old Southern life as well as plenty of modern style and entertainment, all served with a side of Southern grace never lost.

For pointers on exploring the city, Sidelines caught up with lifelong local Kiara Barnett. Now living on Rainbow Row in downtown Charleston, she’s a restaurateur in Charleston and Columbia in South Carolina, as well as in Savannah, Georgia. Kiara likes to do charcoals and paintings of horses and dogs when she isn’t taking care of her restaurants.

Kiara, who began showing hunters in the ’70s, actively competes in the Adult Amateur 2’6” division with her horse Revelation, and hopes to get back to the 3’-3’3” division with a younger horse currently doing the Baby Green. Though she spends January through March in Wellington for the warmer weather each year, Kiara still calls Charleston home.

There are many fantastic events that may bring one to Charleston, equestrian or otherwise. “I love the Charleston Summer Classic,” Kiara shared. “Bob Bell is a great host and we have great parties for exhibitors — a lot of them! It’s a vacation horse show within five miles of beaches.”

Running July 12–23 in 2016, the Charleston Summer Classic is held at Mullet Hall Equestrian Center, which offers trail riding and space for events such as festivals, craft shows, car exhibitions and more in addition to hosting horse shows. Also, from Mullet Hall you can explore 20 miles of casual trails for all ages and abilities.

The Historic District of Charleston shows off true colonial craftsmanship.

If you’re not in town for the Summer Classic, you might also plan your visit around one of Charleston’s mainstream events, such as the Spoleto Festival USA. From May 27–June 12, Charleston celebrates the performing arts, both local and international. Take in opera, theater, dance, symphonic or jazz music and so much more.

For a fall visit, plan on attending the Fall Tour of Homes and Gardens. Presented by the Preservation Society of Charleston, from October 6–30, visitors may tour the interiors of exceptional houses, particularly those that highlight American and Southern history.

When you get hungry in your explorations, Kiara recommends dining in the inner courtyard of Palmetto Café for

Take a stroll along The Battery seawall and promenade overlooking rivers and lined by stately historic houses.

an elegant lunch, or “for a girl’s shopping lunch,” Sermet’s on King. Speaking of shopping, Kiara isn’t short on endorsements. “Christian Michi is a very chic store with lovely clothes, accessories and home goods, not to mention that the owner is a good friend and an equestrian,” she said. “Worthwhile is a women’s dress shop with eccentric designer clothes.” For what Kiara calls “runabout clothes,” she recommends J. McLaughlin.

Dusk at the Dock Street Theater in Charleston

For cocktails, Kiara mentioned her own restaurant, Anson, as well as the Rooftop Lounge of Grill 225. But neither of these is Kiara’s ultimate favorite place for cocktails. “The best place is my back yard veranda — so fabulous,” she said, proving that her heart is truly at home in Charleston, South Carolina.
All photos Courtesy of the Charleston Area CVB, ExploreCharleston.com, unless noted otherwise 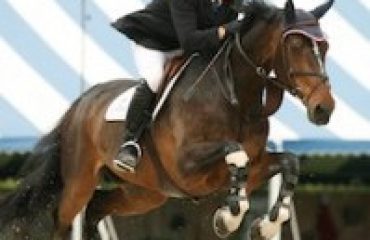 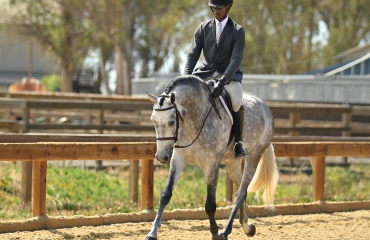 Your Purpose Is in Your Passion 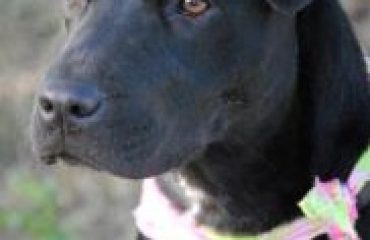 Dog of the Day – Belle