Hayden Walsh is crazy about polo, his family’s new boxer puppy, and intensely keen to get an intercollegiate polo team going. He attends the Rhode Island School of Design (RISD) whose sister school and next-door neighbor, Brown University, already has an equestrian/polo program and facility, but many of their players/riders graduated. RISD students, like Hayden, who cross-register for courses, are technically Brown students and can play polo for Brown. As Hayden put it, “Right now, before December, I’m trying to find kids for the Brown Polo Team and the Equestrian Team — it’s better to have a green team than no team at all!”

Hayden hopes to build a polo team at Brown University

Spoken like a true Walsh: Hayden, 22, is the youngest progeny of John and Revé Walsh, co-founders of the National Center for Missing and Exploited Children. His Dad’s known as the crime-fighting host of CNN’s “The Hunt” and, before that, he filled dual roles as host and executive producer of the long-running “America’s Most Wanted” TV show. If there’s a Walsh motto, it might be Don’t just sit there, DO SOMETHING! Hayden’s definitely a chip off the old blocks, so to speak. He’s also funny, articulate, enthusiastic — and, like his father, crazy about polo.

Polo has turned into a Walsh family tradition with the totally hooked patriarch, John, often contributing his celebrity presence to play in charity fundraisers. It all got started with Walsh offspring: Callahan, their third-born, worked for Vero Beach Polo Club when he was 18. The rest is family history.

“Callahan started it and I followed suit,” said Hayden. “He was sometimes paid in polo lessons at Vero Beach and he just started playing. It seemed really cool to my dad. I started riding when I was 6 — trail rides, then Pony Club at the stables where my mother was boarding in New York — but I wasn’t into the hunter-jumpers that much. I had a pony, Duchess, and she was nasty. So I wasn’t biting the hook. I stuck with riding because my parents were so into it and I didn’t want to disappoint them.”

When Callahan started playing polo, everything just clicked. “Once the adrenaline rush of polo kicked in, there was nothing that could match it — I was bitten by the bug,” said Hayden. “I started taking polo lessons because I wanted to. When I was 8, in 2003, my parents went on vacation in the Dominican Republic with the Colleys, foxhunting friends from Golden’s Bridge Hounds in New York. They played a polo scrimmage there and my father, who’s a bit of a wild man, hopped on and improvised. He came home totally hooked, bitten by the polo bug, and went all in on polo. Very quickly after that, we had a ranch and some early polo ponies and the rest was full speed ahead from there.”

The Walsh family fit right into the family-based polo community at the Vero Beach Polo Club in Florida, now called BG Vero Beach. “We were the new kids on the block, greenhorns, falling off a lot,” recalled Hayden. “In the early days, my dad got hurt a lot. I guess I was 9 or 10 when he hired Max Secunda as our polo teacher and barn manager. Max taught me everything I know. Max put riding first, the ball second, and built the foundation for our riding and playing.”

In the intervening years, John established himself as a patron of the game, and Hayden got a lot of time playing on teams his father fielded for charity and club events. For years, the Walsh family has supported various charity fundraisers around the country, including at least one or two appearances annually at Great Meadow Polo Club, The Plains, Virginia, frequently crossing mallets with other celebrity players such as Nacho Figueras, renowned model for Ralph Lauren.

John Gobin, polo pro (formerly 6-goal handicap) and manager of Great Meadow Polo Club, has known the Walsh family since they got involved in the game. “I have played with and against John and Hayden a lot,” said John Gobin. “John donates his presence as a celebrity for fundraisers. He’s a true American hero. He’s done so many things for our country, taking on child molesters and rapists, doing so much for kids and women. Hayden’s a great kid, following in his father’s footsteps. He’s a fierce competitor and a great guy — just like his dad. They’ll both bump you hard and then ask if you’re okay. They’re both fierce competitors.”

Hayden, with his dad and a string of polo ponies.

After finishing high school and before starting his college studies, Hayden took a year off to get a handle on migraine headaches that had become a problem. He spent that time at home in Vero Beach and, of course, between visits to the doctor, he played polo every chance he got — from stick-and-balling to matches to tournaments.

“My gap year was really great — I got in one good year of polo before going to RISD where I didn’t get to play,” said Hayden. “But I played polo during school breaks and, every summer, we drive the horses up the coast to Skaneateles Polo Club in upstate New York, which is where my mom and dad are from — where I have spent every summer of my life. Marty Cregg has three amazing fields and we’re very lucky and very spoiled by the facilities. We get a lot of people who come to play at Skaneateles from Cortland Polo Club and the polo team at Cornell University. Last summer, Marty and my dad sponsored two very highly skilled pros, Mariano Obergon and his brother Juan Martino Obergon. They’re from the Obergon dynasty in Argentina. The level of play was amazing!”

Hayden’s intercollegiate polo hopes focus on Brown, which has everything an equestrian or polo player could possibly want. “Brown draws horses for their polo games that are stabled at Portsmouth Polo Club in Rhode Island, and the Brown coach is the Portsmouth manager,” said Hayden. “I’ve run down there to practice with them and ride those horses. We play arena polo. The problem at Brown was that they had a polo team but a bunch of their players graduated in one year. They have an established team and that’s who I’ll be playing for, but we need a few guys to sign up for it.”

Academia And A Career

At the Rhode Island School of Design, Hayden’s a film animation major. “I’d like to write and produce visual content, probably a TV series or web-based television series,” he said. “That would be my dream as an auteur, to write and direct. Not necessarily movies, maybe something on a smaller scale, although I do love movies. A lot of the stuff I do is really personal and experimental, but I’m pretty mainstream, compared to my peers at RISD. I like more commercial, plot-driven stories as opposed to avant-garde. I’m a bit tongue-in-cheek comedy writer.”

A true comic book fan with huge collections who has drawn comics all his life, Hayden found himself transitioning to shooting live action with cameras. “I don’t know if I have the fortitude to be an animator,” he admitted. “It takes a lot of stamina, a lot of drawing. It’s very grueling. I can probably fit more easily into television, especially with my parents’ background. After high school I interned with my brother Callahan when he was with Walsh Productions. He’s now with NCMEC in their strategic advancement and partnerships division. I want to do visual media as well, but storytelling is my focus — not sure what platform yet, but fast-paced and humorous. I’ve been brewing some sort of polo-oriented short film or animation for one of my finals this year.”

Hayden is referred to as a fierce competitor and a great guy — just like his dad.

There’s no question that Hayden has enjoyed privilege, but he’ll be the first to tell you that he was raised with solid values. “My parents taught me not to be the little prince or Lord Fauntleroy that prances around and forgets how much it takes to achieve,” said Hayden. “I worked in the barn every summer. I worked to play polo. I was 10 years younger than my brother Callahan and 12 years younger than my sister Megan. As harsh as I thought they were, I’m thankful for them putting me straight and teaching me not to be a pest.”

But perhaps the most telling part of Hayden’s upbringing lies in the tragic loss of his oldest brother, Adam Walsh, whose untimely demise precipitated the course followed by Revé and John. “I felt proud of my Dad at an early age — he seemed very superhero-esque, and that feeling of pride never went away,” said Hayden. “To do something outside the mainstream justice system, to turn all your anger and your pain into something that works with the system, but is still extremely effective. My dad’s still working to bring criminals to justice. He’s even more of a fighter than I thought he was — always on the phone to legislators, to people with the National Center – he’s so hands-on, he’s such an authority. I’m proud of my mom — she’s a really big mover and shaker behind my dad. She’s the one who initiated the Adam Walsh Center when she was doing the mailing out of our garage. She’s been an equal part of it with my dad. Dad got an Emmy for Lifetime Achievement in television. He has received awards from cops. Then, a few years ago, he got the DC Comics Superman Hall of Heroes Award. That touched my heart so much. That was the biggest actualization of what I thought about him. I’m awfully proud of that.” 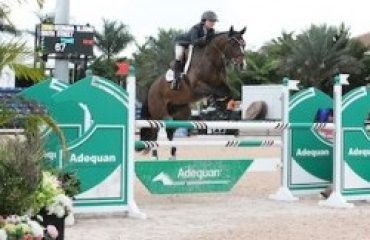 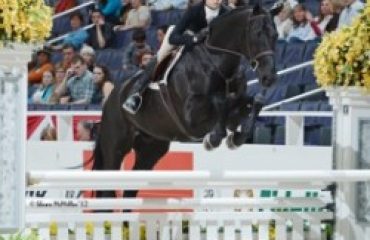 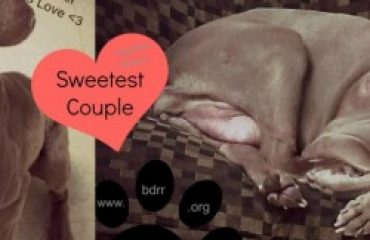