Jamie Barge and Luebbo, aka Bo

Like many equestrians, Jamie Barge’s passion for horses and riding was inherited from her mother, but has turned into something much bigger. “I begged for riding lessons for Christmas,” Jamie recalled. “Santa brought me a package of 10 riding lessons.” Her family moved from Pasadena, California, to New York for her dad’s job before she could finish her 10 lessons, and Jamie was determined to continue. “I begged my parents to find a new barn for me to ride. Luckily I didn’t stop riding; after 10 lessons, I was hooked.”

Jamie and Bo’s partnership has proven to be successful

But Jamie’s story is only similar to other riders’ on the surface. Even as a child, Jamie has dealt with some additional challenges that most other professional riders never have to worry about: Jamie was born with significant hearing loss.

“As a child, it was a little difficult when I started learning to ride, but luckily they had a good radio system that helped tremendously,” Jamie said. “With the radio system, I could hear my trainer while I was riding so I could get instruction immediately. During periods when my hearing dropped, the radio didn’t work because my hearing was so low I couldn’t understand anyone talking.”

When she was young Jamie had two hearing aids, but an accident trailering a pony resulted in complete hearing loss in her left ear. She got her first pony at 8 years old, with the promise to pay her father back with the money she earned after training and selling the pony, and was showing by the time she was 9 years old. “During flat classes, my equitation trainer would gather her friends and have them stand around the ring and show me hand signals for what the judge was asking,” she said.

Though it took some adjustments, Jamie’s talent and drive far outweighed any inconvenience her hearing loss might have presented. She had a successful junior career in hunters and equitation with her trainer Val Renihan. But the ribbon perhaps most memorable to her during her junior career was not blue, or even close to it.

“At Devon one year, I had a new horse that had just come over from Europe,” Jamie said. “We were still training him and I was still getting to know him at Devon, which I think was our second show together. I made a bet with my mom that if I got a ribbon in one of the Big Eq classes that I could get a puppy. She thought it was a safe bet — ha! She was wrong. I got the very last ribbon on the last day in the last class, the Maclay.”

The bet proved to be life changing — and one her mother eventually was happy to lose. “I was so happy and knew I wanted an Australian shepherd because my trainer had one I really liked. But with Kylie, I got so much more than I thought I was getting,” she said.

Kylie became not just Jamie’s companion but her service dog, traveling with her to every horse show, and to college, to keep her company and do things like wake Jamie at night if an alarm went off. Kylie also became the namesake of Jamie’s professional equestrian business, KylieCo. Sadly, Kylie passed away last summer at 14 ½ years old. “I still think about her every day and miss her so much,” Jamie shared. “I was so lucky to have had her in my life.”

With her junior career complete including placing third at the Northeast Maclay Regionals, a top 20 finish at Maclay Finals and being ranked 6th in North American League, Jamie began studies and rode on the equestrian team at the University of Georgia for two years. In 2007, she transferred to Pepperdine University and moved to Malibu, California, where she graduated with a degree in sociology and coaching before she turned pro and began making a splash in the West Coast jumper world.

Jamie and her mom pose with the Longines horse at the Omaha World Cup.
Photo by Allen MacMillen/MacMillen Photography

“I helped out a friend after college and was teaching beginner lessons and riding a few ponies,” Jamie said. “I didn’t earn much, but I thought I should turn in my amateur status because it was the right thing to do. I wish I still had it sometimes, but I can’t imagine doing anything besides riding.”

Her high moral standard might have gotten her off to an earlier start than she would have liked, but Jamie has been gaining more and more national attention, especially since partnering with a unique gray horse named Luebbo, aka Bo. Owned by Jamie’s KylieCo, Bo was discovered as a jumper prospect by a friend who thought he and Jamie would be a good match — that Jamie could handle Bo’s rather original personality.

That friend was right — in 2015 Jamie and Bo won the $30,000 Summer Festival Grand Prix at Del Mar followed by the $50,000 Showpark Grand Prix and a second-place finish to McLain Ward in the $100,000 HITS Coachella CSI5*. In February 2017, the dynamic duo took second in the $100,000 Longines FEI World Cup Jumping Thermal CSI3*-W, securing a position of only eight teams to ride for Team USA at the World Cup Finals in Omaha. And they’re just getting started.

“I think we get along well because I don’t fight with him,” Jamie said about Bo and his excitability. “He’s not so traditional and I accepted that and tried to work with his strengths and weaknesses. I also made sure that I took my time with him and didn’t push him too much. I think we’ve built a very close bond and I know he trusts me. I definitely trust him!”

Perhaps Jamie’s unflappable demeanor and patience with Bo can be attributed to dealing with other adjustments in and out of the ring her entire life. Because of her hearing loss, Jamie can’t hear starting bells and relies on visual timers to know when she needs to start a jumper course. She’s no stranger to having her horse react to sounds she can’t hear, and when asked if not being able to hear a rail fall might help her stay focused, Jamie said, “In a way, maybe, but it’s also a disadvantage if you have a rail and need to go faster or change your plan a little bit.”

Regardless of any disadvantages, Jamie has risen above them and is quickly on her way to the top of the show jumping world. Her budding talent has already drawn attention from Devoucoux Saddles and EQUO Equestrian as sponsors. With EQUO, Jamie enjoys being a part of the team to test new products for the versatile equestrian clothing line. “They make schooling pants that feel like yoga pants!” Jamie said. “I wear mine to the gym all the time and love that I don’t have to change after riding before hitting the gym.”

When she’s not riding, going to the gym is among the top things Jamie likes to do. “I do my best to try to stay strong and fit for my horses,” she said. “I love to go to the beach! I also like skiing in the winter and traveling when I can squeeze in time.”

Jamie suffers from significant hearing loss, but that hasn’t kept her from success in the saddle. Jamie and Bo represented Team USA at the World Cup Finals in Omaha, Nebraska.

Though she may not be able to hear the crowd’s applause, she can feel the excitement — but that’s not what drives Jamie’s goals. “I would like to continue riding and competing, and build a string of horses to bring along while not having so many horses that they don’t all get the time and attention they need,” Jamie said. “I have three horses I am currently working with and have time for a few more. It’s always fun and challenging in the beginning, but I love working to get to know each horse and figuring out how to bring out the best in them.” 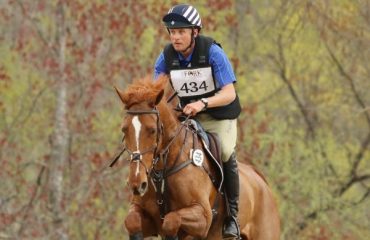 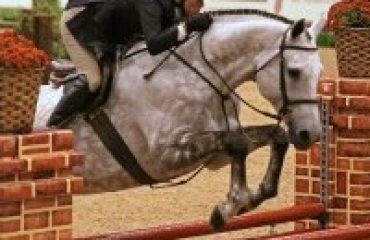 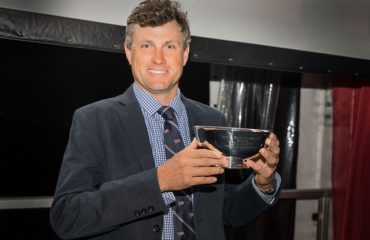