If you attend some of the largest horse shows, don’t be surprised to see children — and even the occasional adult — competing over jumps, many wearing riding gear but all lacking one thing: a horse. Don’t be afraid to get a closer look; it may change your life. Morgan Dickerson saw such a competition at a horse show when he was in middle school, and he credits it as one of the most defining moments of his youth. “I was confused at first, because though I was very experienced in jumping in my backyard with my golden retriever, Nikki, I had never seen an organized people-jumping class at a horse show. It looked like fun, so I wandered over and learned it was a JustWorld International Horseless Horse Show.”

As Morgan soon realized, the Horseless Horse Shows are about more than just having fun; they are about helping children in need. JustWorld International was founded in 2003 after grand prix show jumper Jessica Newman decided to quit riding and focus on humanitarian work — utilizing her equestrian connections. JustWorld partnered with projects around the world with the goal of breaking the poverty cycle and improving the lives of the local children, and Jessica began recruiting other equestrians as JustWorld Ambassadors.

“I started speaking with the ambassadors in their JustWorld International riding coats and realized that there was more to this event than met the eye,” Morgan recalled. “Even as a middle schooler, I felt something important was going on here, something big. I was struck by the work they were doing and the impact they had on children all over the world. It was one of the most defining moments of my youth because I became a JustWorld International Ambassador, a title that I am so humbled and honored to have to this day.”

JustWorld International Ambassadors are equestrians who share the JustWorld values and help to make changes in the lives of children by making annual donations, donating part of their prize money, fundraising, volunteering and raising awareness by acting as JustWorld representatives at horse shows. Ambassadors come from over 40 countries comprised of juniors, amateurs and professionals, including Laura Kraut, Nick Skelton, Eric Lamaze, Eric Navet, Reed Kessler, Kevin Babington and more.

JustWorld supports partner projects that provide a well-rounded approach to helping local children, including education, nutrition, health and hygiene, and cultural development. Current partner projects are located in Cambodia, Honduras and Guatemala — where Morgan recently visited with other JustWorld Ambassadors to see the impact they are making in the lives of the children at Los Patojos.

“It’s very difficult to put into words the life-changing experience I had visiting the Los Patojos project,” Morgan said. “To me, the most powerful way to depict the trip is through sound. Los Patojos is not a quiet place. Students are constantly finding their voices through lively performance, playing sports, asking questions in the classroom, having meaningful discussions with their peers or just saying hello and giving high-fives to one another in the hallways.”

Los Patojos began in 2006 when Juan Pablo Romero Fuentes began teaching children after school in his home, but it rapidly expanded into a full program. JustWorld partnered with Juan Pablo in 2008, helping to fund teacher salaries from pre-K to 7th grade, healthy meals, a community health clinic and programs such as journalism, break dancing, art and theater at the Institute of Cultural Action. In 2014, Juan Pablo received the CNN Top 10 Hero Award.

As a JustWorld International Ambassador, Morgan donates a portion of his competition earnings to JustWorld.
Photo by McCool Photography

“My fellow ambassadors and I, though at first silent in wonder at all the joy and passion before us, soon found ourselves spending the majority of the trip laughing and crying,” Morgan shared. “We were joyfully laughing with the children as we were dancing or singing in the theatre, planting seeds in the fields, learning in the classroom and eating lunch in the courtyard. We were crying at the end of the day talking about the stories we heard from the children about the difficulties they face outside the walls of Los Patojos. We stopped crying, however, when these children would come up and hug us and thank us for all we were doing for them.”

For Morgan, as well as many other ambassadors, being a part of JustWorld International is much more than a riding coat logo — it’s a way of life. “Every day I strive to shape change and live up to the role of a JustWorld International Ambassador,” Morgan said. “I cannot thank Jessica Newman and the incredible team behind JustWorld International enough, including Juan Pablo and his team at Los Patojos, for helping to make me into the person I one day hope to become. I strongly urge others to join me and my fellow ambassadors in the fight to break the cycle of poverty, because through helping children thrive, we can be the change we want to see in the world.” 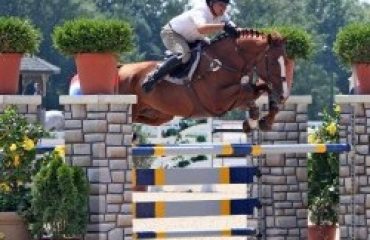 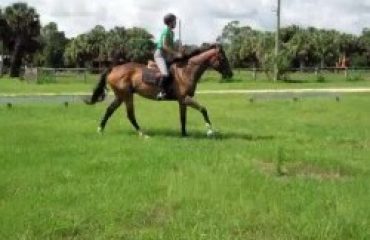