Katie Hiller: Champion of Underdogs – Making Her Way in Dressage with Determination, Perseverance, Patience and Love

Katie Hiller with her horses, Toy Soldier and Adaggio.

For many, if not most of us, the “horse bug” isn’t something you catch — it’s something you’re born with. That’s how it was for Katrina “Katie” Hiller. “One of my first words was ‘pony.’ It was always just something I was obsessed with,” Katie recalled. “As a birthday present when I turned 6, my parents got me a riding lesson and I’ve been hooked ever since. I don’t think they realized it was going to turn into a career for me.”

Katie’s road to riding success has not been cookie-cutter. From her first word to her first Grand Prix, Katie has paved her own path with determination and patience. With only periodic coaching, Katie successfully earned her USDF bronze, silver and gold medals on a horse she trained on her own — while still learning herself. Through injured horses and tough rides, Katie’s exemplary heart helped her persevere and she’s well on her way to achieving the greatness of her dreams.

Katie began riding with a local trainer who was primarily a jumping instructor, but believed in starting all of her students with dressage so they got a good foundation. On a lesson pony, Katie did her first show when she was 8 years old. After that, she doesn’t remember if she tried jumping at all. “I mean, I might have done a little bit of work with the ground poles,” she said, “but I was just obsessed with dressage once I learned more about it and really knew that it could be competitive and not just trotting around an arena. So I think after showing the first time, I really fell in love with it and never had an interest in jumping.”

Before she turned 10, Katie’s first trainer moved away. But Chico, the lesson pony she competed in her first show, didn’t. “For my 10th birthday, my parents bought me that pony as a present, so he was my first horse. I competed him probably until I was 16, maybe even longer than that. I had him for a long time.”

Katie and Chico began training with Jessica Jo “JJ” Tate, who lived in Wisconsin at the time, when Katie was 11. Soon after they began taking lessons, Katie got her second horse, a 3-year-old Oldenburg named Toy Soldier, or “Toy.” “I’d trailer down in the summer and ride with JJ, and we’d also fly her up to us for clinics because we lived four or five hours away. So she was really influential in the beginning of my dressage career.”

JJ moved to the East Coast when Katie was 14, so Katie began training with Patti Becker on a more regular basis when she couldn’t ride with JJ. “I was with her for a good amount of time, a few years, and she really helped me with Toy Soldier. He was pretty naughty as a young horse, so she helped me get through that. We still flew JJ in for clinics, but I didn’t really have a daily trainer all through high school — we’d just fly JJ and Patti up for clinics once a month.”

Katie and Toy Soldier were Reserve Champions in the 2014 Brentina Cup.
Photo by RBM Photography

A Hard But Worthwhile Path

Now, 25-year-old Katie and 16-year-old Toy are preparing to make the transition from the Under 25 Grand Prix to the Open Grand Prix, having had a successful Young Rider career including earning the USDF bronze, silver and gold medals, and a Reserve Championship in the Brentina Cup. But it didn’t always look like it would turn out so well. “He wasn’t easy,” Katie said. “A lot of people told me to give up on him. He was very emotional, and had a pretty bad rearing problem. A lot of people thought he was too dangerous or wasn’t worth the struggle.”

But Katie isn’t one to give up.

“I wasn’t a trainer at the time, so I didn’t really know what I was doing and he didn’t know what he was doing, so I think at times it was difficult because we didn’t have a lot of help, just those monthly clinics for a period of time,” she said. Toy and Katie persevered, laying the foundation not just for their partnership but for Katie’s career as a trainer. “I think our connection is so much stronger because of that. It’s almost like we share the same heart and the same brain. We’re just really close — I don’t know if I’ll ever have a connection with another horse like I do with him. I think it’s because we’ve spent so much one-on-one time together and have literally taught each other everything.”

Katie knew she wanted to turn professional since she learned she could make a career out of dressage. “Probably when I was 8 or 10 I learned that it was an Olympic sport, and then I just knew that that’s what I wanted to do and that a goal of mine would be to compete internationally and really make a career out of it,” she said.

She began teaching small local lessons when she was 14 or 15, and fell in love with that, too. “I got such a good feeling from doing that; I knew it was another passion of mine along with riding,” Katie said. “I just kind of rolled with it and kept teaching, obviously kept learning and kept riding with other instructors like my current coach. But it’s exhilarating when I teach someone a good lesson and they get the feeling of that connection and that lightbulb moment.”

Knowing she wanted to be a trainer gave Katie the determination she needed to get through the tough years with Toy, which in turn helped her become a great trainer, accomplished rider and sought-after clinician. “Looking back, I’d do it all again in a heartbeat because it really made me the rider and the trainer that I am today, going through those hard times.”

Katie and Toy competing in Wellington, Florida, at in the 2014 Brentina Cup.
Photo by RBM Photography

Though it hasn’t exactly been smooth sailing for Katie, her patience and genuine love for horses shines through it all, as exemplified in the story of her second horse, Adagio, or Daj. Daj was in training with Katie and had so many behavioral issues that his owner didn’t feel she could accept any money to sell him when she ran into financial issues. Instead, she gave him to Katie.

Though Katie planned to resell him after 6 months when she took him on, she and Daj formed a strong bond — a bond that may have saved Daj’s life. Just before she was going to sell him, Daj contracted the neurological disease EPM (Equine protozoal myeloencephalitis). When many other riders might not have had the patience to nurse Daj through recovery, he was in the right hands. “It was really detrimental for him,” Katie said. “It took him almost two years to be normal again after that. It really took its toll on him physically and emotionally, and we weren’t sure if he was going to be fit to be ridden after that.”

With Katie’s patience and immune supplements such as BioStar’s Gold Star EQ, Daj is “finally starting to feel like a normal horse and he’s progressing like a normal horse again. The vitamin E oil [in BioStar’s Gold Star EQ] has been really helpful for his immune system, bringing it back from the EPM,” she said. Katie is taking it slow, helping to build his confidence and focus on training before getting into the show ring.

Working from Wild Rose Farm in Walworth, Wisconsin, Katie’s dressage career is already blooming, and she only recently celebrated her 25th birthday. Monday through Friday, Katie rides and teaches at Wild Rose, and is usually away weekends teaching clinics all over the United States.

“I guess the long-term goal is that I’d love to compete internationally,” Katie said of her hopes for the future. “I’d love to represent the U.S. on a team, whether that’s at the Olympics or Pan Am, or a Global Young Horse Championship; I’d love to represent my country. Also just to keep developing my own knowledge and my own skills, which is such a journey. Ultimately, to keep being the best I can be.” 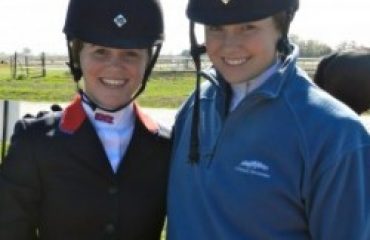 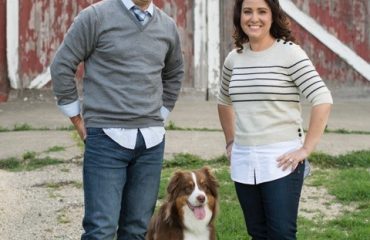 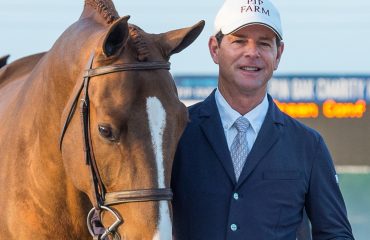