Kris Kampsen Is the Comeback Kid: A Broken Neck from a Mountain Biking Accident Couldn’t Keep the Polo Player Off the Field

Kris Kampsen got hooked on polo in early childhood under the tutelage of his father, Edward Kampsen, co-founder of the Tampa Bay Polo Club. Kris was 15 when he set out to forge his career in polo. Two years later, he was rated 3 goals and moved to 6 by the time he turned 21. An aggressive player, he’s usually in the number-two spot for high-goal games, but happy to play wherever he’s needed in medium- and low-goal.

He lives for polo, but a mountain biking accident last August in Colorado in which he broke his neck almost ended his career. Six months later, Kris proved to everyone that he was the comeback kid when he climbed back into the saddle. His remarkable recovery is the result of spinal surgery advances, luck, great support, team camaraderie and his own indomitable love for polo.

“I misjudged the jump,” Kris recalled. “When I landed, I was on my head and I was still on the bike. I had on a helmet and full body protection so I didn’t have any marks on me or any other injuries. I felt like I knocked the wind out of myself, maybe cracked a rib. I thought I was fine, just a little bit shaken, and rode my bike down the mountain. When I got in the car, I was very uncomfortable. I thought I might have a concussion. We headed to the nearest hospital.”

Kris and his pony catch some air as they race after the ball.
Photo by Katerina Morgan

What Kris thought might be a cracked rib turned out to be a fractured thoracic vertebra, T-2, and surgery was necessary to repair it. Doctors at the Denver hospital stabilized him for the flight back to Florida, where he went to the University of Miami’s Spine Institute for treatment.

“Dr. Barth Greene did the surgery – he’s unbelievable,” said Kris. “He told me that, where I broke my neck, I was lucky and I wouldn’t lose any mobility in my spine. It seems if you’re going to break your neck, T-2 is the best place. They inserted two rods and a bunch of screws and told me to stay off horses for six months. I wore a neck brace. I was allowed to walk, use a treadmill and ride a stationary bike. I did all that, a lot, but it was tough. When I was allowed to take off the neck brace, I started riding and then playing slowly.”

All that mattered was to get back his game. “What was memorable was how bad I played my first game back,” said Kris. “But I’ve been really lucky and blessed by the support of the people around me. My friends have been great, people like Marc and Melissa Ganzi and many, many more. Nick Manifold was instrumental in keeping my head up. My wife, Ali, has been amazing and I wouldn’t be where I am today without her.”

In November 2013, Kris married Alexandra (Ali) Solimine. It was a surprising match, because Ali didn’t like horses at all even though she grew up with a few Arabians readily available. She felt no affinity for the horse world or its enthusiasts. When she met Kris and realized that polo was his raison d’être, she didn’t take him seriously as a potential suitor. They became the best of friends and, a couple of years later, became living, romantic proof that opposites attract.

Shortly after Kris broke his neck, he connected via a mutual friend with Mike Davis, who was in Florida and interested in polo. “I started teaching him polo at my farm,” Kris recalled. “When I was cleared for my first time back in a game, I told Mike that I didn’t know how I would play — if I would be great or terrible. I asked him if he would be willing to play with me and he said absolutely. That was pretty cool that he had enough faith in me to do it. That’s how I came to play with him, Nick Manifold and Virginia Ingram in a 10-goal invitational. They carried me on their broad shoulders. I was lucky. Nick was amazing — constantly pushing, coaching and helping me to get back to playing.”

Kris, front left, is back in the saddle and playing again.
Photo by ChiChi Ubina

“I have two mares I really like to play, Mai Tai and Chipotle,” said Kris. “They do really well with me. I also have a few young ones coming up that will be joining them in Greenwich.”

Kris and his wife Ali.
Photo by LILA Photo

Most of all, Kris really looks forward to the summer season at Greenwich Polo Club in Connecticut. Founded in 1981 by Peter Brant, it’s internationally recognized as the U.S. Polo Association’s Northeast high-goal capital with 20-plus goal matches on many Sundays. “The weather’s amazing, and the competition level brings in the highest-ranked polo players,” said Kris. “White Birch has always been the best team in the Northeast and a tough competitor. I’m hoping to give them a run for their money with Airstream’s Peter Orthwein, Matias Magrini and Guille Aguero.”

Keen to improve his game and his polo rating, and continue to develop his string of 16 horses, Kris rides between four and eight daily, more if they practice twice. He’s back in his groove playing polo and also embarking on a brand new chapter in his life story.

“Ali and I are expecting our first child,” said Kris. “We’re having a boy, and he’s due in October. We’re very excited. I’m so excited. If he wants to do the horse stuff, that will be great and I’ll help him, but I’m not putting any pressure on him. Growing up, I had a great relationship with my Dad. I’m very lucky that way. We still have a great relationship, and I talk to him every day. I’m looking forward to having that with my son — helping him to reach for his dreams, whatever they are.” 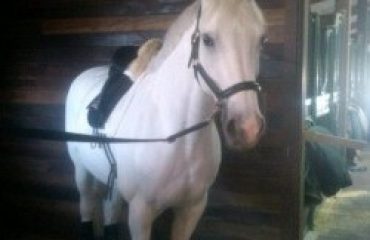 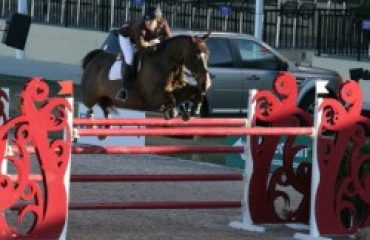 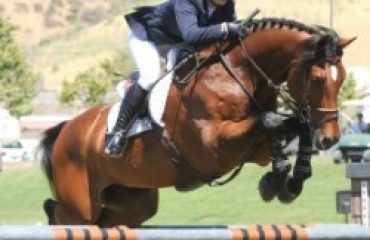