Horse Show is the Biggest Winner With Rave Reviews Across the Board  North Salem, NY—May 22, 2012— Two-time Olympic Gold Medalist McLain Ward of Brewster, NY, made his long-anticipated return from a three-month layoff and showed that he hasn’t lost a thing as he swept both featured Grand Prix at the 2012 Old Salem Farm Spring Horse Shows. As impressive as Ward was in his two Grand Prix wins, it was Old Salem Farm itself that seemed to make the biggest impression. “These horse shows were phenomenal, absolutely phenomenal,” said Grand Prix rider Jimmy Torano, a member of the Board of the North American Riders’ Group (NARG).  “The field, the footing, the hospitality — everything!  I think it’ll be in our top 10 and there’s one thing I can tell you for sure — you will absolutely see me back here next year!” McLain Ward and Antares The horse shows attracted a star-studded line-up that included Olympic riders such as Ward, Beezie Madden, Chris Kappler, Nona Garson, Leslie Howard, Anne Kursinski, Peter Leone and Mario Deslauriers.  It also featured internally-respected course designers like Alan Wade of Ireland and Leopoldo Palacios of Venezuela who had great words or praise for Old Salem’s huge, grass Grand Prix Field. “It was a privilege for me to design courses in a ring like this,” the Olympic course designer said.  “The footing was perfect and the terrain gave me the chance to design courses that allow horses to be horses!” McLain Ward and Zander at the awards presentation.   In the ring, Ward announced loud and clear that he is back, riding to the win in the first week’s $40,000 Old Salem Farm Grand Prix on Grant Road Partners’ Antares F and then electrifying a packed crowd on Grant Road Partners’ Zander to capture the top prize in the second week’s $75,000 Empire State Grand Prix Sponsored by the Kincade Group. 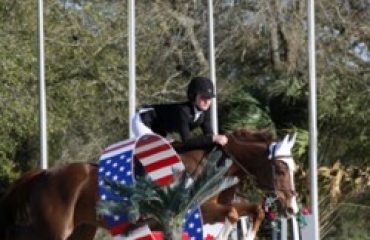 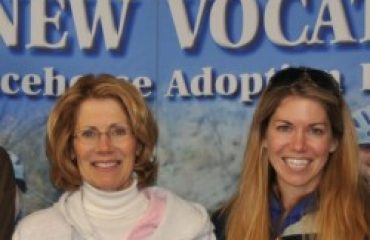 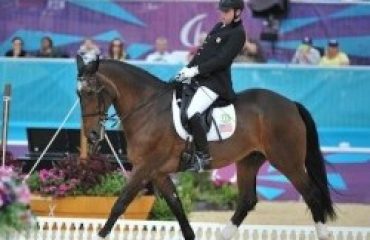