August 2, 2012 by Kim MacMillan – Photo Captions by Allen MacMillan All photos by Kim & Allen MacMillan/MacMillan Photography, Copyright 2012 As the eventers left center stage the dressage horses moved forward to take up the torch (Olympic pun intended). The day dawned sunny, with a threat of rain (and it did indeed rain fairly hard on and off for about an hour) in the middle of the day, which sadly may have contributed to an eliminated horse and rider from Canada – more later 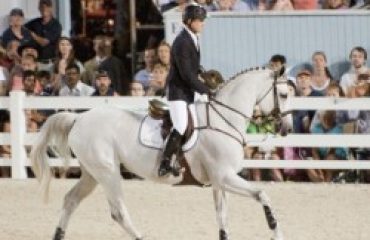 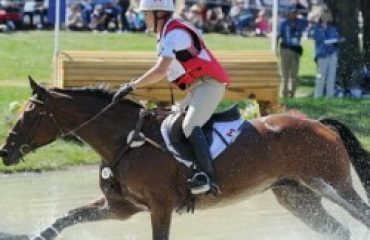 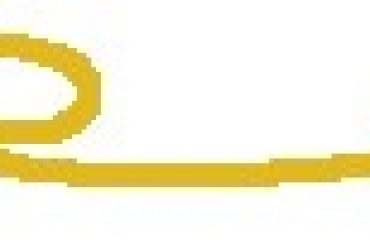 Jewel and The Golden Thread