Reflections on the 2020 Festival

In my column last month, I wrote about “the summer that never was.” Well, I stand corrected!

It turned out that for U.S. dressage, in the quaint little town of Wayne, Illinois, we had one glorious week of summer. The 2020 US Equestrian Festival of Champions at Lamplight Equestrian Center held the week of August 17–23 was, by all accounts (and in yours truly’s opinion), a tremendous success and motivator.

It was, hands down, the highlight of the summer — but how could it not be? For those of you who don’t know, the Festival is the National Championships for 14 dressage divisions that include the 4-, 5- and 6-Year-Old Young Horse, Developing Prix St. Georges and Grand Prix, FEI Children, Pony Rider, Junior, Young Rider, U25 (aka Brentina Cup), Intermediate I and Grand Prix Championships. As if that’s not enough, it also includes the USEF Dressage Seat Medal Finals. In other words, it’s one heck of an event! To compete at the Festival, athletes and horses must earn an invitation through a qualifying process.

First, let me assure you that great precautions were taken to protect everyone as best as possible from the coronavirus. Usually, the Lamplight show grounds generates enthusiastic crowds. This year, spectators were not permitted. However, US Equestrian did a super job of live-streaming the entire competition allowing the viewer to be even closer to the action than if they were actually there. Dedicated volunteers took temperatures and issued daily color-coded wristbands as you came onto the venue.

Each morning, I felt trepidation as I drove from the hotel to the show grounds. My mind was working overtime, wondering about an occasional mild headache, a suppressed cough, sniffle or sneeze caused by the morning sun. Things I would never normally worry about — were these all symptoms of something greater? It was always quite a relief to be told my temperature was completely normal and I was allowed on the grounds with a new wristband.

By the end of the week, many of us figured out which type of mask was our favorite. Some of us even changed outfits — I mean masks — throughout the day. Let’s be honest, wearing a mask all day long is not fun. In the morning when it was a little cooler, if you breathed, you fogged up your sunglasses. That was one of the great decisions you had to make: Do you squint, or do you try to coach with a foggy view? And, somehow, smelling your own breath from time to time throughout the day was a little disconcerting.

However, when all was said and done, these and the mandatory social distancing (although I did discover some people need to learn to speak louder if they want listeners to catch everything they have to say) all were only minor inconveniences. Most important was that by making these practices mandatory and strictly enforcing them, we were able to have a National Championship during COVID-19. Hooray for us! One thing can be said about dressage people: Most of us are sticklers for details and generally follow the rules.

As youth coach, my focus was of course on the youth divisions. We have a number of talented young athletes coming up through the levels and it’s exciting to see.

What I believe will be a game changer and will have a real impact on development of our youth riders is the new Quality Marking Score component on the FEI Children tests, which was introduced last January by the FEI. In a way, its first official debut at a national competition in this country was at the Festival.

The Quality Marking has four components, each of which is designed to judge the skill of the rider by two judges sitting together on the long side while the judge at C scores the technical aspect of the tests. The Technical and Quality markings each make up 50% of the final score. Thus, the Quality marking becomes the great equalizer, meaning that regardless of the horseflesh, good, correct riding should win. In my humble opinion, this is a great improvement to the Children tests and should inspire instructors to teach good, basic riding skills to their young students!

It’s been made clear to me that my job is to prepare today’s youth to be the next generation representing the U.S. at the Senior level in international competitions. I’ve been in my position now for just over five years. One of my goals has been to provide educational experiences, guidance and inspiration to our young athletes through our programs as they develop their talents as equestrians. Standing ringside in my covid-compliant mask at the Festival, I had the strong sense that this was really happening!

It’s always a joy to watch these kids become better, more confident riders and accomplished competitors as they move up through the levels.

Rewarding? Absolutely! How can it not be rewarding as the national coach when many of them are then invited to be coveted members of the USEF/USDF Discover Dressage Emerging Athlete program through their hard work? Better yet, we saw this year a couple of them move successfully into the next levels of competition in both the U25 and the USEF I-1 National Championships. 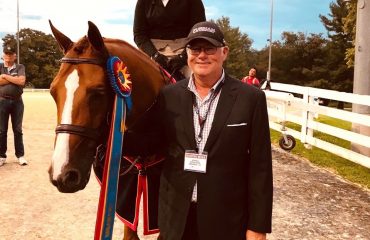 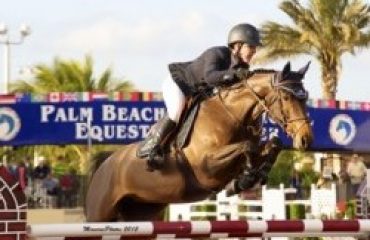 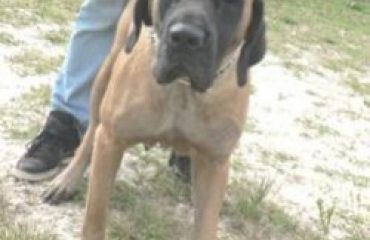 Dog of the Day – Athena