Sue Sisco: Nothing but Horses

Sue with Sunfield Ladys Man at Devon in the Hunter Hack Combination class. “This was just before we changed from harness to riding tack — we were about to win our first blue ribbon at Devon!” Sue said.

Sue Sisco has never wanted to be anything but a horsewoman. “I was about 5 when I figured out what a horse was and I was hooked from then on,” said Sue, a professional rider and trainer. At the time, Sue and her family lived in a suburban neighborhood that was, to say the least, not horse country. But a move to southern New Jersey changed all that. “Our neighbors had backyard ponies and I started riding and competing at the 4-H level.”

When Sue was a teenager, the family moved to Salem County, New Jersey, a rural area characterized by farms and open land. She was able to continue riding in a more structured program while still at the 4-H level.

Her first horse, Mighty Moses, was a leased off-the-track Thoroughbred. “I was a rudimentary rider, just jumping on him and going,” Sue said. “I didn’t know any better! But we won lots of local shows together for a few years. It was a good partnership.”

Mighty Moses gave Sue her start. “Not fancy, but he was a great partner for me as a teenager.”

When Sue was in her early 20s, she had a wonderful Morgan, Sunfield Ladys Man. Though she said she didn’t know any better, she did know he was a versatile horse. She competed hunters, jumpers and driving with him and finally entered him in a hunter hack class — at Devon. She drove in, lined up, changed from harness to riding tack and did a hunter hack with two jumps — and won. “When you’re 20-something, winning the class at Devon was a big deal, but I didn’t realize how big!” she said. She won the Challenge Trophy, took him back, won it two more times and retired the trophy. The next year, they won the blue again.

Sue showed at the National Horse Show when it was still at Madison Square Garden, winning the Ladies Sidesaddle class on an off-the-track Thoroughbred as well as a ribbon on her Morgan in an over-fences class. “I was too young to know that I shouldn’t take that horse,” Sue said. “He was just not technically suited to the division. But ignorance is bliss and I knew that I could count on him and he’d do anything I asked.”

Sue later moved to Chester County, Pennsylvania, where a big part of her business included showing horses for others. “I have people who have supported me throughout my career,” she said. “I probably have five or six people with whom I’ve worked for 30-plus years. They’ve had to figure out how to juggle riding and raising children, pay for college and care for their parents but no matter what, riding is still a priority for them. They still want to ride properly and continue to improve. I’m fortunate to be able to work with these dedicated riders.”

Sue winning a section of Local Hunter Stake at Devon (around 2000) on EvRy Golden Moment, owned by EvRy Farm of Mt.Laurel, New Jersey.

Sue credits much of her success to the people with whom she has worked and who have mentored her over the years. Her friendship and involvement with Patty Heuckeroth was especially important. The relationship, which started with Sue “admiring her from afar,” moved to a mentoring relationship and finally to a close personal and professional friendship. Sue has also worked with Anne Kurzinski, Louise Serio, Mary Wade Gilbert and Mary Warner Brown — all of whom made valuable contributions to her career.

Giving back is part of her ethos and many people — and horses — have benefitted from Sue’s commitment — especially to the rehoming and training of off-the-track-Thoroughbreds. One of her most recent efforts was the creation of the Fairhill Thoroughbred Show. “It started over dinner at a Mexican restaurant,” she recalled. “Pimlico had started one and there was one that took place at the Virginia Horse Center. It seemed like a really good idea to start one in the Fair Hill/Unionville area where there are a lot of Thoroughbreds. “

Along with Lizzie Merryman and Penny Woolie, Sue got a committee together, pulled together a horse show, and with “tons of entries,” they were well on their way to reaching their goal of helping to educate riders to train OTTBs and help them successfully move forward to a second career. Sue focuses her efforts on the show itself, creating a family-oriented atmosphere. The non-profit Fair Hill Thoroughbred Horse Show held the fifth annual show in September 2016 and, with the help of generous sponsors, was able to provide substantial prize money, five grants to owners of Thoroughbreds and a free clinic with Olympian Joe Fargis for 15 show competitors selected at random.

Sue owned Harbor Master from the time he was 2 till he passed away at 20 — with three owners: Cheryll Francella, Wendy Bridge Dietrich, Catharine Wanamaker Cox. Sue said, “This was a really wonderful horse — one of our best ever.”

“Sue is an important player in the equestrian world,” said Dixie Abbott. Dixie and her husband Rick recently retired after nearly 40 years of operating Charlton Bloodstock. “Sue has an incredible work ethic combined with honesty and integrity. She’s a wonderful teacher and knows how to get her riders to understand what they’re aiming for and how to achieve it. And she’s a wonderful rider. She travels many miles to teach and show and has touched many eager riders.”

Would she advise others to follow her path? “I’d tell young people today to finish college,” she said. “I was so enamored by the whole horse thing that I left after just a year at Purdue.” But no regrets.

Today, Sue can be found at her Sunfield, Inc. in Aiken, South Carolina, where she says “everybody stops and says hi” as she rides down the road. “It’s like a dream come true.” 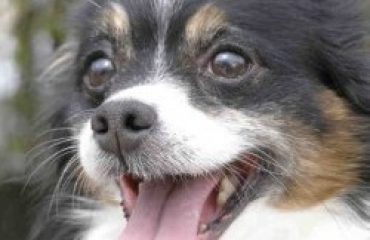 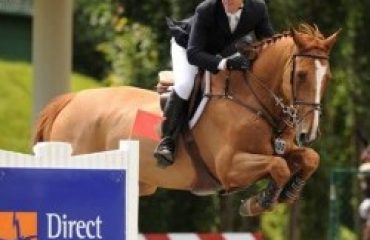