Sylvia Zerbini performs with her horses.

The Equestrian Aid Foundation believes in the healing powers of horses. So what better way to raise money for the charity that helps those in the equestrian community who are coping with catastrophic injury or illness than an enchanting and immersive depiction of horses with magical healing powers? On February 12, 2017, the Van Kampen arena in Wellington, Florida, will become the stage for a magical story presented by former Cavalia performers — all to benefit the Equestrian Aid Foundation.

“The Stadium’s International arena will be transformed into a mystical realm where Greek Gods and Goddesses — and their spectacular equine partners — help hearts to soar,” said Stephanie Riggio Bulger, Equestrian Aid board president.

The Equestrian Aid Foundation helps to rebuild lives by assisting people throughout the horse world who are coping with catastrophic injury or illness and financial crisis. In its 20-year history, Equestrian Aid has provided over $2.7 million in needs-based grant support to breeders, farriers, grooms, riders, trainers and other members of the equestrian community who are facing life-changing or life-threatening health crises, and need help to pay for basic living and rehabilitative expenses.

Making It All Happen

Keith Greco, producer of the show, has the vast role of organizing the mix of equestrian and human artists with special effects, acrobatics and live music. The performance features former Cavalia artists Sylvia Zerbini, S. Caleb Carinci Asch and Kansas Carradine and their horses. Cavalia is a performing arts troupe that was conceived by Normand Latourelle, one of the co-founders of the amazing Cirque du Soleil.

The show uses different acts and scenes to showcase the special talents of each of the performers and their horses, setting them to music with visual lighting to tell the story. “I’m very lucky with the people I’m involved with,” Keith said. “They’re premium performers and they all have incredible relationships with their horses.”

The performance tells the story of Caleb, who has fallen from grace and finds himself in a land where a mythical stallion named Althea holds the powers of healing. Althea and his herd work their collective magic to help Caleb heal and find his wings again. Seven artists and 15 horses comprise the cast performing before a huge screen where different, dramatic sky scenes are projected to set the tone as the story unfolds.

Keith said that it was a bit of a challenge to present this performance in the large, open, outdoor arena. He plans to utilize simple walls as projection surfaces along with huge screens for the greatest visual impact. “Skies from stormy to sunrise will help underscore some of the narrative of the story,” Keith said. “We’ll start really dark because it’s a tragedy event. As the evening progresses, the sky will gradually become more beautiful.”

Although he doesn’t ride on a regular basis now, Keith is quite comfortable around horses. He grew up in California and has fond memories of trail riding in the mountains with friends.

Keith’s specialty is mixing decor and entertainment to produce compelling centerpiece performances. While producing movie premiers and other events, many for various charities, he has worked for Cirque du Soleil in their Special Events Department for over 25 years.

“These events are over the top,” Keith said. “Creating environmental experiences that are part of special events is [another aspect] of my wheelhouse. Something that’s a little bit more than sitting at a conventional round table and going to a silent auction.”

Keith is excited to be working on a project that includes horses again, and he spoke of another project several years ago on a movie that starred Robin Williams and Jeff Bridges. “I haven’t really worked on any kind of performance with a horse since 1992 when I worked on the movie ‘The Fisher King,’” Keith remembered. “It’s been re-released after 25 years with a little extra information. They interviewed me and my buddy Vincent Jefferds, whom I partnered with on the creation of the Red Knight costume. In the interview, we dig through the past stored in my studio warehouse and recall that experience.”

Opportunity For Another Artist

The production in Wellington is titled “Althea” — a derivative of the Greek God of healing. To follow the Greek theme, Keith looked for images from ancient Greek art for promotional posters.

“I was looking for horses on ancient Greek vases and I came across a wood block profile portrait of a horse,” Keith said. “I reached out via email to Viza Arlington, the artist, and she’s giving me permission to use it. I’m going to also have some limited-edition signed prints to aid in the fundraiser and to also support the artist who’s giving us the image.”

The event’s auction includes a month of training with an Olympic team member, a vintage Mercedes and a yacht cruise. The performance offers General Admission as well as VIP seating with cocktails and dinner. 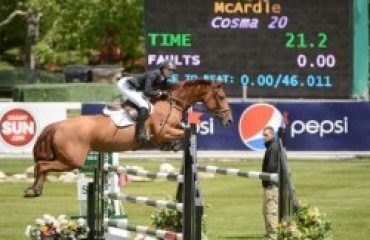 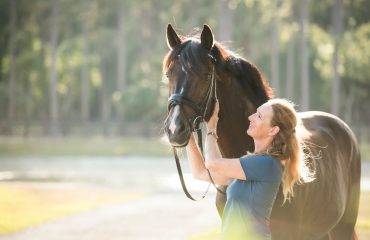