I had a really bad emotional experience when riding as a kid. My daughter has now expressed interest in horseback riding. I’m worried that she will have the same bad experience as I did, so I’m hesitant to let her take lessons. I know as a parent I shouldn’t project my fears onto my daughter. I don’t want to hold her back, but the anxiety of knowing she can get hurt, if she doesn’t do well, terrifies me. I’m  unsure if I should let her take lessons despite my fears but I also want to be a fair parent. How do you suggest I handle the situation?

At any sports event, one can look around and see “emotions.” These emotions are exhibited by people for a variety of reasons. Perhaps there are people watching who feel something due to identifying with the situation at hand — on the court, on the field or in the ring. Perhaps these emotions are personally felt and expressed because of one’s support of a particular athlete or team. Or, maybe these emotions are just an expression of the involvement and love for the sport being watched.

Numerous things fuel our emotions — especially when it comes to sports. Moreover, appropriate expression of our emotions at a sporting event is often a great release for people and hopefully makes us feel good. These are all reasons why we love sports so much.

Research was done at the University of Queensland that looked at the impact parents’ emotions have on their kids. It was found that their emotions affect their children’s well-being and development in both sports and life.

The experiment consisted of parents watching a video and reading a book on how to be better sports parents. Interestingly, it was later found that the self-esteem and confidence of these parents’ children drastically improved. Through improved communication, focusing on the kids’ strengths and exhibiting unconditional love and empathy, these children flourished in their sport.

However, more profound was what was learned about the parents who couldn’t control their emotions.

Due to the way the brain processes emotions, it was found that parents who have a difficult time controlling their feelings have a very hard time meeting the challenge of applying tips on improving their sports parenting skills. Furthermore, at the core of the “change challenge” was the fact that these particular parents had had negative experiences as children. Being involved in their children’s competitive lives triggered many of their old, unresolved issues that came from their childhood sports involvement.

They were also unaware of how their feelings were being projected onto their child. Upon questioning, these parents, when young, had often been made to feel poorly when they didn’t perform well.  Another example was when, as children, they felt a sense of disapproval that they suppressed. This surfaced when watching their children play a sport and not be stellar.

It was quite apparent that when these parents watched their children play a sport, the fear that their child would feel as they did when young led them to yell at and pressure their children. They were trying to protect them.

In fact, these particular parents would benefit from going back to their own traumas, addressing the evolution of them and ultimately changing how they support their children. They need to understand that a large part of their unresolved issues are due to the way things were done when they were young and this is why their children were more apt to psychologically suffer.

Many of these adults say things like, “If nothing had been said, it would have been so much better.” Or, “I could have and would have done so much better if the negatives had been used to teach me something, not demean me and make me feel so bad.”

What should you do about your daughter wanting to ride? Perhaps you should consider resolving your childhood mindset before you hinder your own child with issues that aren’t even hers.

Riding teaches children so much. It has been shown to improve cognitive abilities, problem solving and memory. It teaches so much about patience and self-discipline. It enhances self-confidence and self-esteem. The list goes on.

It’s probably best said that the skills a young person learns from riding are skills that will positively impact them throughout their lifetime, no matter where their lives lead them. Perhaps it’s time for you to answer your own question by making a couple of phone calls — one to the therapist, for you, and one to the barn, for your daughter. 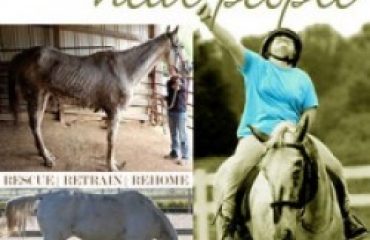 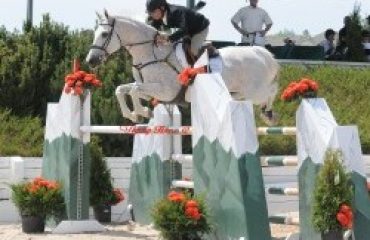 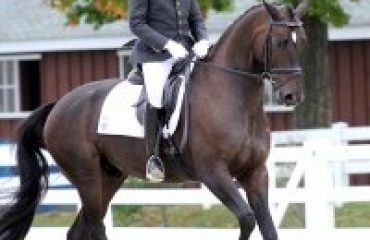