One of 11 children, Kevin Babington, originally of Tipperary, Ireland, is an Irish international show jumper and a regular in the winner’s circles. He is married to Dianna and a proud father to his daughters, Gwyneth and Marielle. His personal highlights, according to Kevin, include his placing fourth individual in the Athens Olympics, winning the La Baule Grand Prix in France in 2003 and the King George Grand Prix in Hickstead, England. In 2000, Kevin competed in his first Nations Cup in Aachen and his team placed third. In 2001, he was part of the Irish gold medal team for the European championships. As a member of the Irish squad in 2001, the team went on to win 10 Nations Cups in one season, including Hickstead, putting Ireland in the limelight after not having won the Nations Cup since 1937. Kevin is based in the United States, and Sidelines had the chance to catch up with him at a recent show to find out more about this life.

I just started at a local place when I was about 9 years old. My best friend started riding and I went out for a lesson and I got hooked. The riding school was the owner’s new business, and she took me under her wing.

She had two sons and two daughters. Her sons didn’t ride so I got to be the kid who rode the tougher horses. She was a great lady and gave me a lot of opportunities.

Who has inspired you the most in life?

My mother. She raised 11 kids and had her own business. We had a sweater business … she had over 200 knitters and she sold the sweaters. We’d supply the wool to the knitters and the designs and then every Thursday pick them up and sell them to individuals and Irish stores. My father owned a drapery store and she was a clothes designer and she came up with the Irish sweater idea.

Who has inspired you the most in riding?

I did a lot of work with Ernst Hofschröer and continue to do so. When I came to the States, one of the first trips to Germany I took to look at horses was to his farm. He has been a mentor to me.

Family is the most important thing, then horses and being healthy and able to do it.

Honesty, work ethic and a sense of humor

If you ask my wife, she’ll say I don’t. I love to hike. I don’t get to do it as often as I should. If I’m hiking, I like to do it by myself. And I love to read: not just horse-related stuff. I love the Lancaster Farmer and all of its articles.

If you could talk to anyone, who would it be?

Probably my dad. I was 15 when he died and I was close to him. I loved his stories and I wish I had more time with him. He was a politician and a writer and he was a great storyteller.

I jumped clear in the first round of the Nations Cup in Hickstead in 2001 and came out of the ring sort of not remembering the plan and it felt like a really natural ride. It felt stress free and I’ll always remember coming out of the ring and feeling so relaxed. If I could be like that every time I was in the ring, that would be amazing.

What career path would you have chosen if horses weren’t an option?

I always thought about being a veterinarian but I don’t know if I would have been smart enough. Chances are my career option would be animal related — maybe the racing industry or breeding.

Shoes and jackets. I’m no fashion bug, but my staff laughs at me because I have a new pair of sneakers or shoes every time I come back from a trip.

Keep it simple. I think we overthink it and overanalyze it. The older you get and the more you learn, the more you realize it’s not so complicated.

We have a home base in Florida and Pennsylvania, but I’m probably on the road 40 weeks of the year including the competition in Florida.

I love to spend a bit of time with my family in Ireland. I have a big family.

I’m at HITS but I would I love to be at Hickstead this week with the team.

One of my favorite movies is “In the Name of the Father” with Daniel Day Lewis. It’s probably my all-time favorite. Of course, it’s about Ireland.
What’s your favorite food?

I’m a vegetarian and I like good Indian food. I love Indian potatoes.

I’m not a beach guy, but Diana and the kids and I went to Bermuda and stayed at a friend’s house. We’ve had great holidays there; they’re some of the best times we’ve had. The kids just love it. I love that time we get to spend together there.

I’d love to win one of the Million Dollar classes.

The harder you work, the luckier you get. 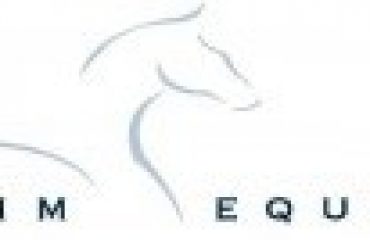 Dog of the Day: Cleo 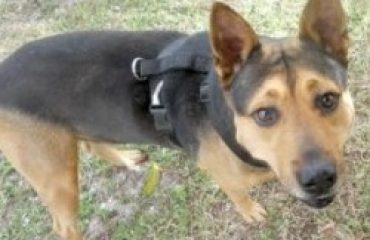 Jake – Sidelines Dog of the Day