Kim Tudor is a fixture at the most well-known equestrian events in the country. A native North Vancouver, British Columbia Canadian, Kim moved first to Montreal in 1978 and then transferred with her then-employer, a disco-era music company, to Manhattan where she trained deejays. While not initially a fan of city life, she came to enjoy New York upon meeting friends who took her to the National Horse Show in Madison Square Garden and the Hampton Classic. Through those friends, she met the late Gene Mische. She embarked on an illustrious career, first with Gene Mische of Stadium Jumping Inc. and now as the head of her own Tudor & Company, an equestrian lifestyle marketing firm. Kim prefers to be the “behind the scenes” person and most enjoys working on her real passion— a love of dogs — as executive director of Danny & Ron’s Rescue. Despite her busy schedule, Sidelines had a chance to catch up with Kim at her winter location in Wellington, Florida.

How did you get involved with horses?

Growing up in Vancouver, I rode at a local barn as a child. I never competed at an elite level, but always loved horses. When I was living in New York, a group of friends introduced me to Gene Mische. After meeting him, I knew I wanted to get into this business. I asked him what I could do and he said, “I don’t know … let’s think about it together.” He decided I would be good at sales and he asked me to come down and work in his newly established sponsorship team. We were a small group with everyone pitching in — no time off, long days, but it was exhilarating.

I worked with Mercedes, which was the new sponsor of the American Grandprix Association. We only had 300 horses at WEF over two weeks! There were dirt roads, the early landscape was so far removed from what it is now — it’s a remarkable change. Over 30 years of coming here, the change has been gradual, but it is dramatic. When Gene passed away, I was at least happy that he was able to see that he laid the groundwork for what we have in Wellington today. To see how far this event has come, it’s amazing.

How did you make the transition from profit to not-for-profit?

It was the easiest transition in the world. I never left the horse community: I went from sponsorship in the community to working with Danny &Ron’s Rescue, where 95 percent of our dogs are adopted by the horse show community. Now I call to get seek funds for dogs or homes for dogs, but I’m working with the same people. My 35 years in the horse show business really prepared me for Danny & Ron’s Rescue. These days, we’re all running around in a rush, and that’s one of the downsides. But everyone has time to talk about their dogs. This is more of a feel-good job and it’s our community that supports Danny and Ron.

You’ve had a very successful career. What do you attribute this to?

A healthy Rolodex of talented people and an ability to coordinate those resources. Crisis management skills I learned from Gene in the early days. You need to plan for the best and be able to change direction if you have to.

I love to go to the movies. I enjoy a home-cooked meal with friends and I love my house in New Jersey. I can go a whole week there without seeing a single human.

What three traits are most important to you in a person?

Gene Mische: He gave me the opportunity to be a part of Stadium Jumping Inc. and he was my friend and mentor.

Maybe eight weeks but I’m in Wellington for six months

I would turn off my phone and I’d go to a dude ranch.

I would like to rent a house in Italy for a month and have friends come and go while I’m there. And, I’d like to bring the dogs and go with friends on an RV tour that hits every single state.

Be the person your dog thinks you are. 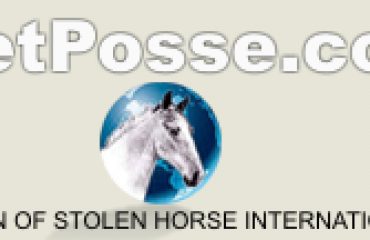 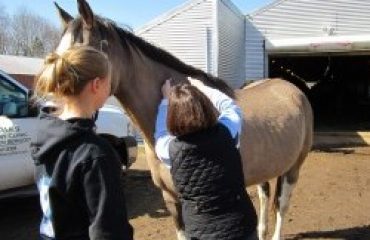