Besides being a talented rider and horseman, Peter Pletcher is a hardworking and fun-loving individual and one of the top hunter-jumper trainers in the country. As the owner of PJP Farms in Magnolia, Texas, Peter boasts a successful riding career including winning the prestigious World Champion Hunter Rider award in 2002, 2004 and 2007. In 2015 he was recognized in the USHJA Elite Million Dollar Club for total prize money earned by a professional rider in USEF divisions. Peter has also won the WIHS President’s Cup, championships at Devon and the indoor Finals as well as represented the United States in numerous World Cup competitions. Peter trains some of the country’s top horses and has coached his clients and their horses to numerous national titles and honors.

My dad promised me a horse when I was 5, and he said I could get it when I turned 12.

Which person inspired you the most in riding?

Organization, because I’m a neat freak. The second thing would be being on time, and the third is vacation time.

God, just because he could explain everything and anything

What career path would you have chosen if horses weren’t an option?

I would have been an attorney. My father and three brothers were all attorneys, so I guess I would have followed that track.

Try to stay in the middle.

All but 10 weeks of the year

Immediately go to Hawaii or Las Vegas.  If I only have a week, Vegas. More than a week, definitely Hawaii.

Under the Tuscan Sun

I do have a bucket list and it’s pretty full.  But the thing that tops it would be to win Derby Finals.

Do you have a barn motto?

Just to try to have fun and laugh 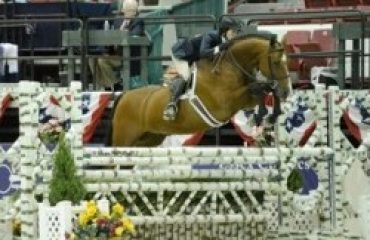 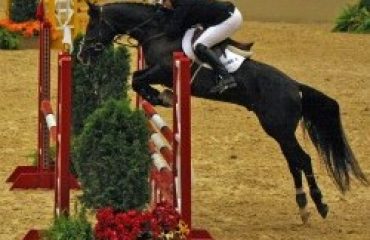