As we approach the 2022 FEI World Cup Finals in Leipzig, some of you may be asking, why in the world do we have a short Grand Prix and what is the history behind it?

The simple answer has to with practicality. Of course, it makes sense in Western and Central Europe, not always so much for the rest of the dressage universe. In Western Europe, the World Cup qualifiers are all indoor shows. The Finals are held in late winter to early spring, so the qualifiers must be held in the fall and early winter. Originally, the only qualifier for North America was also an indoor show—incidentally, the only indoor show at the time with dressage.

Obviously, Florida and the U.S. FEI calendar changed all of that. Sadly, we don’t have a tradition of indoor CDIs in this country. Europe, of course, does. It will come as no surprise that it’s expensive to run indoor shows, which may be why we never had many and the few that are left appear to be struggling. Of course, there is always an exception—the Alltech arena at the U.S. Dressage Finals is the closest we have for dressage and is doing quite well, but the National Horse Show hasn’t been at Madison Square Garden for years and the Washington International is no longer in D.C.

For indoor shows to survive, it doesn’t take a genius to realize that it’s imperative that they sell seats. While the Grand Prix freestyle has proven to be pretty successful at drawing a crowd, it is, however, only on one day of the event, and organizers need to fill seats on the other days as well. Hence, some of the major European show organizers felt that with a shortening of the actual Grand Prix test itself, which is held on a day prior to the freestyle, they could keep the spectator’s interest, thereby selling more seats on the non-freestyle days (good business plan).

You may recall, a few years back, when the London CDIW (better known as Olympia) introduced a Grand Prix test shortened by two minutes that then allowed time for on-the-spot interviews with the riders, fancy graphics displaying the judges’ scores and other human-interest-type aspects. We were told that it was well received by the audience. The FEI looked at it as kind of a test event for a new format. The short Grand Prix test used that year was definitely easier than the longer Grand Prix, and was not considered an “official” FEI test.

As a result of Olympia, the test writing working group went to work and wrote the current official FEI Short Grand Prix test. It definitely is not as easy, and there is some debate as to whether it is more difficult than the original or “long” Grand Prix test. The long Grand Prix definitely requires more stamina on the part of both the horse and rider. There are three piaffes as opposed to two in the short Grand Prix, and longer stretches of uninterrupted passage. On the other hand, the short Grand Prix is quick. Movements come up very fast with little time to catch one’s breath or much time to prepare for movements. Some say it’s hard on the horses because it’s too fast. Good riding and time will tell if that’s true. What made me happy is that there still is collected and extended walk. Making me even happier is that perhaps the most underappreciated movement for its degree of difficulty is still in there—the canter zig-zag.

When it comes to the World Cup Finals with the primary focus on the freestyle, it’s crucial that we have a compulsory test that ensures not only the fundamental principles of dressage and correct training are adhered to but also includes three correct gaits.

I don’t believe it is the intent of the FEI (and pray that it’s not their intent) to one day fully replace the current Grand Prix with the short Grand Prix. In the meantime, it seems to serve its purpose. The jury is still out on whether it is equal to the Grand Prix and if it should be treated equally for the World Ranking list or for other selection purposes. At the very least though, in my opinion, it does do exactly what a mandatory test should do. Nevertheless, I, like many, will be watching to see how it and our horses fare in the long run.

The dressage world will be watching the short Grand Prix at the 2022 FEI World Cup Finals in Leipzig. 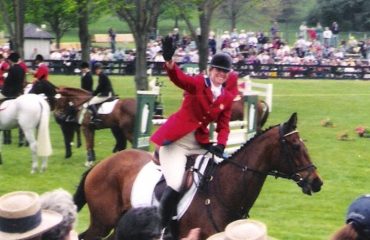 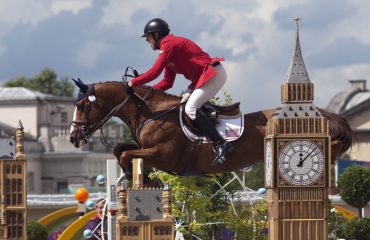 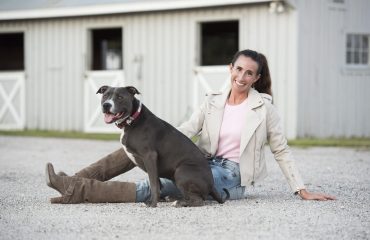