Becoming a USEF Licensed Judge: An Impactful Passion in a Space Where Most Don’t Look Like Me

When did you discover the love for judging equestrian competitions?

Fall of 2009 while a junior in college, I took a course called “Form to Function.” This was a course on judging different disciplines in the equestrian industry. Hunters and hunter seat equitation interested me most, considering most of my riding experience was in those two areas. The course was taught by a nationally recognized judge who is also a FEI steward. The knowledge and skills I was able to learn in that course was relevant and helpful. That course is where I discovered my passion for judging hunters and equitation and have since continued to develop that passion.

How have you developed your skills judging horse shows over the past decade?

Once I learned important things about judging in a classroom and seminar environment, the best way I developed my skills was to spend a decade judging schooling shows and C-rated competitions. During that time, I was able to fine-tune the best way for me to take notes as well as create symbols I understood for various issues that may occur in the ring. Another helpful strategy was to talk to other judges who were more experienced than I. I would ask questions about their note-taking strategies and would also ask for things they’ve learned to do and not do over their judging career.

Is it beneficial to have a mentor in the sport when becoming a licensed official?

Absolutely. I have two mentors: Bob Crandall and Carla Wennberg. Both have been judges for over 20 years and have been in equestrian sports for over 40 years. Their wisdom, experience, mentorship and friendship have given me an opportunity to learn things faster than I otherwise would.

How has judging horse shows benefited you in other areas of the sport?

Judging competitions the past decade has given me a well-rounded view of horsemanship, training and preparation. It has given me opportunities to watch and learn from different types of horses and riders. Judging has also given me an accurate perspective of what judges look for at all levels of the sport. Understanding these expectations, specific to level, has allowed me to help students better.

How do you believe being a minority judge will further promote diversity in the sport?

I work closely with USHJA’s Diversity and Inclusion Advocacy Committee and we work with USEF as a part of our efforts. We don’t have an exact number of minority licensed hunter judges, but we believe it’s not a two-digit number—there are just not that many of us in the booth judging. I hope to see more minority faces not only at nationally recognized competitions, but also becoming licensed officials. It’s my hope that it only takes one person to make a difference. There may be minority exhibitors that don’t believe it’s possible to reach their goals past being an exhibitor. I believe being in the judge’s booth is likely to positively impact and encourage those who may not know it’s possible. If it’s possible for me, then it’s surely possible. I will wait a few years before I submit a promotion application to obtain my “R” judges card. The “large R” or Registered judge is the highest license level. The “r” or “small r” is a recorded license, which is what I recently received.

Rob Jacobs is a trainer, judge and clinician now based in Seattle, Washington, but he’s competed up and down both coasts in “AA” hunter shows. He received a bachelor’s degree from St. Andrews University in 2011, where he studied politics and equine business management and was instrumental on the IHSA and “A” show teams. Highlights include winning IHSA Nationals in 2009 and winning the Cacchione Cup flat phase in 2011, all while also earning championships in Florida on multiple mounts.

In 2017, Rob completed his Master of Business Administration, also from St. Andrews University, and has gone on to complete all required coursework for a Doctor of Business Administration from Walden University. Now, Rob is the assistant trainer at Aleron Training Stables, a USEF “r” judge and a USHJA consultant in addition to putting on donation-based clinics for riders of all means through his organization, The Robert Lawrence House of Opportunity. 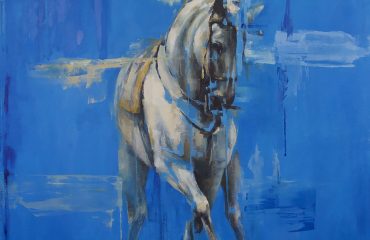 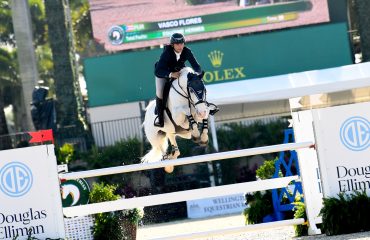 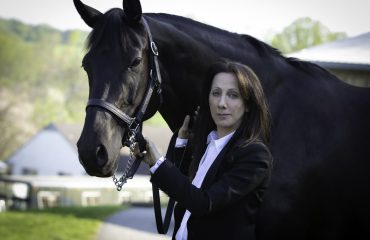 Designing, Dressage and Competing in Israel