Carlitos Gracida has taken on the expectations of his family’s name, stepping forward into the future of polo and life. His friends call him Carlitos, the eldest son of the late Carlos Gracida and mother Carmen. He has taken his place in manhood, now 26 years old, the head of his Gracida family, taking the reins from his father, leading his brother and little sister into the future.

“I am ‘little Carlos’ but I was the one who nicknamed my brother, Mariano,” he says. Carlitos fondly recalls how his younger brother, now 24, had too big a name to pronounce. Carlitos was unable to say Mariano when he was 2 but could utter “Nano!” And the name stuck. Brothers Carlitos and Nano Gracida are now 4-goals.

Carlitos on the polo field
Photo by Sheryel Aschfort, The Polo Paparazzi

Field side, they were there at their father’s flank, riding from birth, living among the polo community at Palm Beach Polo in Wellington, Florida. Even though they thought they would have their father’s leading hand, his talent and gifts around them always, now they’re building their own experiences, keeping their father’s thoughts, ideas, values and designs between the future of their own steps and the history of the Gracida legacy.

The late Carlos Gracida, Carlitos’ father, was a Mexican-born polo great, reaching a 10-goal handicap in 1985 and spanning 15 years. He shared his talent and skills with the polo community while acting as a teacher and mentor, bringing opportunities to other polo players until his sudden death on a polo field in 2014. Winning more tournaments in the history of the game, he won the Player of the Year five times, the U.S. Open nine times and the British Open 10 times. He was a humble man, kind and generous. He was a great horseman and passionate about his horses. He had a flair for life and family but now this crown of glory is placed on the eldest son, on the shoulders of little Carlos.

With his father’s legacy and roots ever present, Carlitos is focusing on his family’s future. “The lifestyle has to revolve around what we do,” he said. “Our main focus is the horses and being good horsemen. If we have the horses going well, if we keep our composure on and off the field, act like gentlemen, keep healthy, progress forward, everything will follow. My father was an ultimate professional and an excellent horseman. He was professional in everything he did, taking his job seriously.”

Carlitos believes being a horseman as opposed to being a polo player is what’s important. He believes his upbringing and the knowledge his father shared with his brother and him has built a solid foundation. “As a horseman, you can diversify if you have the tools, the knowledge and the abilities. This allows a professional the ability to play different kinds of horses, bringing them along in their training, as well as making polo horses for sale.”

Carlitos’ father and uncle, Memo Gracida, along with Gonzalo Pieres, played at a time when organizing began to change the style of the professional polo player. The sport was becoming more competitive, and when Prince Charles brought polo to the forefront of society in the 1980s, the normally private setting began to take on celebrity.

Horses are ingrained in Carlitos and the lifestyle a part of who he is. His foundation dates back to the Gracida heritage of his polo-playing great-grandfather, grandfather and the champion that was his father.

“Right now we are focusing on our father’s brand,” Carlitos said. “My father had begun to build a Gracida wine that exemplifies the lifestyle of polo. The lifestyle portrays elegance and substance, but there is more to polo. In my father’s time, there was a sense of community. When you finished a game, everyone was invited back for an Asado [barbecue].

The Gracida brand wine and legacy continues through Carlitos and Nano.
Photo by Silvitina Canal

“We want to bring back the key that unlocks the door to polo,” Carlitos continued. “Access to polo is as easy as taking a drink of our wine. We think we can portray the lifestyle of polo through our wine. My father opened the door to sponsors and patrons who began to relish that they were part of this polo community. This is what is missing today. There are teams now who have lost their sense of community as it is now about competition and winning — much less about community, horses, playing and having fun. We want to reach out to a new audience to ring a bell that polo is a welcoming sport.”

Carlitos is now the head of the Gracida family.
Photo by Philippa Davin

Carlitos doesn’t believe life is about things, but instead about “being happy and having the right values. It’s about the horses and the people — a community.” The movement of the horses on the field gives way to the scenic Sunday game and the prize of a tournament, but according to Carlitos, polo is so much more. Carlitos wants to continue his father’s vision — the collaboration of a brand to make his family’s name synonymous with the image of polo while at the same time giving others a glance into the sport that has endured in his family for four generations. Polo is a horse sport Carlitos is happy to promote. 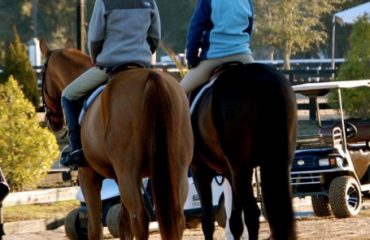 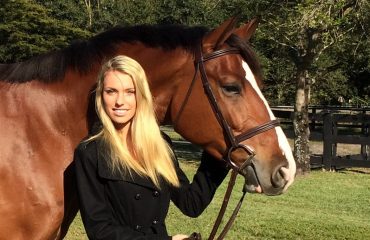 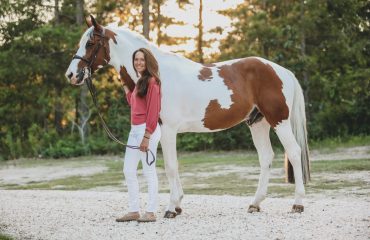