For David Marcus, the journey to the Olympic Games first began in Omaha, Nebraska.  David then moved to Canada at the age of 17 to attend McMaster University. Continuing his athletic career in his newfound country, David opened his own training center, David Marcus Dressage, in Campbellville, Ontario, just west of Toronto and became a Canadian citizen on December 28, 2011.

Having only performed their first grand prix test six months earlier, David and Chrevi’s Capital accomplished the seemingly impossible by qualifying for Canada’s three-member Olympic dressage team. While London did not go according to plan – the pair was eliminated when Chrevi’s Capital spooked during a heavy downpour and David was unable to regain control within the 20 second time limit, David now has his sights firmly focused on qualifying for the 2014 World Equestrian Games in Normandy.

He has two top contenders in Chrevi’s Capital, who recently won the Grand Prix at CDI-W Dressage at Devon  and Don Kontes, who took top honors in the Grand Prix Special. Both horses are owned by David’s greatest supporter, Deborah Kinzinger.

Recognized for his coaching abilities in addition to his own riding accomplishments, David’s student Alexandra Reid won an individual bronze medal at this year’s North American Young Riders’ Championship before making a clean sweep of the FEI Young Riders’ division at Devon.

How did you begin your riding career?

My mom was an amateur dressage rider and introduced me to the sport. I used to go with her to the barn from a very young age. My mom made me wait from the age of three, when I started asking to ride, until seven when I was finally allowed. After competing at five North American Young Riders’ Championships on two different horses and finishing university, I started teaching riding lessons to help pay my bills while looking for a “real” job. That was the beginning of what has become my life with horses.

What do you consider your biggest riding accomplishment to date?

My biggest accomplishment has been competing on the Canadian Team at the 2012 London Olympic Games. My horse, Chrevi’s Capital, nor I had ever done a grand prix test as of January 2012 and to go from that start to making an Olympic Team in the same year was a real highlight.

What are your plans for the future in the horse world?

I am lucky to have the wonderful support of my owner, Deborah Kinzinger. Together with Nicholas Fyffe, we strive to keep producing horses for major games while developing ambitious amateurs, juniors and young riders, and offering top quality imports for sale at all times.

What traits do you look for in a horse?

When I am looking for horses I look for good conformation and correct mechanics of the hind leg. The more I learn, the more important I have found this to be. I also always look for a willing temperament and trainable character. The horses have to be sensitive but also want to please. The last thing I consider is beauty…who wants to ride an ugly horse!

What is your favorite thing to do when you aren’t riding?

One of my favorite things to do when not riding is to go to the beach with a good book and relax. This is obviously a lot more feasible while in Florida for the winter than while in Canada for the summer!

What are your top five favorite songs on your iPod right now?

The only thing on my iPod is Chrevi’s Capital’s “Clash of The Titans” freestyle!

What profession other than your own would you like to take part in and why?

I think, had my life taken a different path, I would have gotten into real estate. I am always looking at real estate and seeing what is available for sale and I am also intrigued by the art of negotiation. I spent a lot of energy renovating my house and really loved the process. I could see myself doing that.

What is your biggest pet peeve?

Laziness. I think that a lot of the little things that can annoy me often come down to laziness.

If you could travel anywhere in the world, where would it be?

In November, I took a vacation to Australia. It is somewhere that I have always wanted to go. I had the chance to go with Australian grand prix rider Nicholas Fyffe and had such an amazing trip! 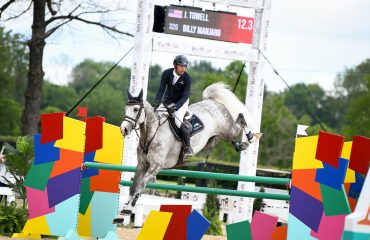 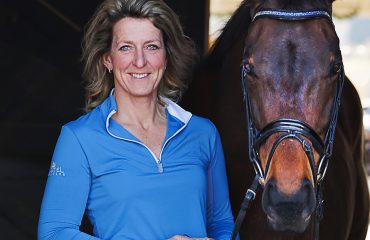 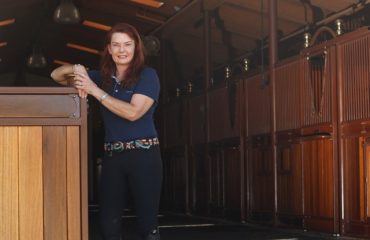