Every year as the days get longer and summer is almost here, I start looking forward to what has become an institution: one of the most instrumental dressage competitions we have in North America, the FEI North American Youth Championships (NAYC). While it’s gone by different names over the years, it has served as the international debut for several U.S. and Canadian dressage Olympians including Courtney King Dye, Ashley Holzer, Adrianne Lyle, Jackie Brooks, David Marcus, Ali Brock and many others who went on to represent their countries at the World Equestrian Games and Pan Am Games.

NAYC’s role in producing top senior riders cannot be denied, since the first ones were held in the late ’70s and early ’80s. It’s been the start of international careers for a number of U.S. and Canadian top professionals and team riders. The list of alumni is literally a virtual “who’s who” of dressage, proving that the competition is vitally important to both the U.S. and Canada.

Part of what makes NAYC so valuable is the experience of being part of a team, especially in a sport where we usually perform as individuals. To compete successfully as a team requires athletes to learn how to work together toward a common goal. An added benefit, especially from my perspective, is that for dressage the U.S. is permitted to have regional teams and Canada can send teams from provinces. That means the U.S. has the possibility of sending a total of 72 athletes.

Each of the nine USDF Regions can send a four-member team of FEI Junior riders and a four-member team of FEI Young Riders. We’re not quite to the point where each region is in a position to send full teams, but it does allow us to promote dressage throughout almost all of the United States. Without this aspect of the NAYC, it would be easy for dressage to be even more centered in areas like Southern California or Florida. Instead, this year, we have athletes applying from 28 states (over the years more than 32 states). In my opinion, that’s pretty darn good when you consider that combinations are competing at an FEI level.

Like so many competitions, the 2020 NAYC was cancelled due to COVID-19. The championships were scheduled to be held in Traverse City, Michigan. This year, fingers crossed, the Traverse City Horse Shows will add their name to the list of incredible venues that have hosted the NAYC since its inception in the 1970s as the American Continental Young Rider Championships. The NAYC is recognized by the FEI as a continental championship for the three Olympic disciplines for riders ages 14 to 21. For the last four years, the eventing championships have been held separately but dressage and jumping are still together.

As we focus on growing and strengthening dressage within the U.S., one of the things that’s easy to forget is the vital role of “friendly rivalry.” Well, perhaps it’s not always so friendly — with the NAYC, we do want to emphasize the importance of good sportsmanship. But it is a sport, and as a country, it’s crucial that U.S. athletes are competing against the best horses and riders possible, meaning that it’s in our national interest for Canada to produce top competitors.

One only has to look across the Atlantic to see this at work. When I was growing up, Europe was the hot spot for dressage. If you look at the team medals won at CHIO Aachen throughout the years, Germany has remained one of, if not the, leading countries. Over the decades that I have spent in dressage, they have faced major challenges from the Dutch, the Swedish, the British, the Danish and the U.S. In response, German riders have continued to up their game.

In the end, all of the countries become stronger and dressage as a sport is the beneficiary. The same scenario plays out on this continent with the Canadians, especially the “friendly rivalry” of our young athletes. This is an extremely positive and much-needed phenomenon. As a youth coach, I’m thrilled and applaud when I see young Canadian riders like Camile Bergeron doing so well — in the long run, it will only make our riders do better.

Major thanks are owed to the foresight of those individuals who started and nurtured this important competition. They became a collective force of nature and we now have a treasure trove of instructors, trainers, judges and international competitors who are influencing not just our next generation of riders but our current riders as well. In my humble opinion, if we care about the future of our sport in the United States, the NAYC is an institution that needs to be supported and protected.

Even though NAYC 2020 was cancelled, declared riders from Region 2 received a baseball cap to lift their spirits during the pandemic. 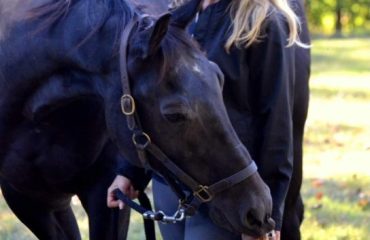 Creating an App for the Equine World 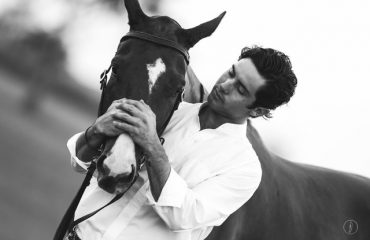 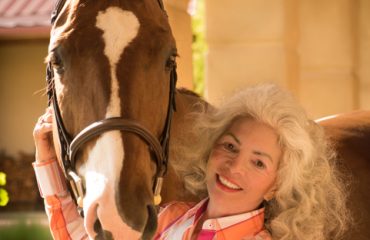