They bark, shed hair and steal polo balls, but many polo players wouldn’t make it without their dogs. August 26th has been named National Dog Day each year — a great time to say thanks and celebrate!

No equestrian is complete without our loyal sidekick, the dog. Big or small — they come in all sizes and most of us have more than one. Some are barn mascots, others are socialites, and often they’re more famous and recognized around the polo circuit than movie stars.

Polo matches are a great place to bring your entire family, including the four-legged members. Tailgating field-side to watch polo and meet others with a similar passion can be a great experience for both humans and their canines. Dogs, however, must be contained during game time for their own safety and that of the players.

When the half-time whistle blows, it’s time to stomp divots (dirt clods) and let the dogs run. The half-time intermission is a 10-minute break for the polo players to rest and have a team meeting, regrouping for the final chukkers of the game. Many true polo fans bring foot mallets — smaller-sized mallets that allow you to practice your polo skills on foot. What better than a retriever to return the ball to your feet for endless practice shots?

While some dogs enjoy the festivities, others enjoy strutting their creative outfits accessorized to match their owners’ “pretty woman” outfits. Whether they’re purebreds wearing diamond collars, mutts in ragged bandanas or minis in knitted cashmere sweaters, each dog has a big personality and loves to be a part of the polo world. They jump at the chance to walk around the 10-acre field with their owners as they replace the divots created by the galloping horses, helping to repair the field for the last half of the polo game.

Many dogs in the polo world have more frequent flyer miles than most people in America. They travel coast to coast with the seasons, and many also fly with their owners to overseas polo. I’m not sure I would’ve made the long hauls across the county without my best friend Charlie, a Heeler/Kelpie cross. She’s the best road trip companion anyone could ask for. Never a day goes by that she isn’t happy to head to the barn, just like a child going to Disneyland for the first time. It’s amazing what a huge role our dogs play in our lives. They’re loyal till the end. As the saying goes, “I could only wish I was half the person my dog thinks I am.”

About the writer: Kerstie Allen is a native of Melbourne, Australia. Her passion for horses has taken her on a worldwide adventure exploring and mastering nearly every discipline in the equestrian world and opening doors of opportunity for women everywhere. Follow Kerstie’s adventures at: Twitter: @kerstiea; Facebook fan page: Kerstie Allen; and Instagram: allenkerstie. 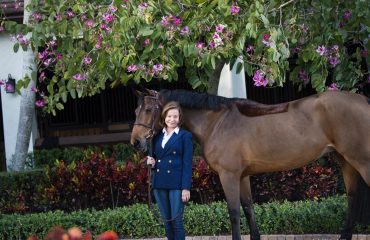 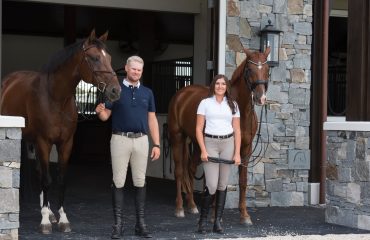 Hannah and Zach Ketelboeter: Building Their Dreams and TerraNova 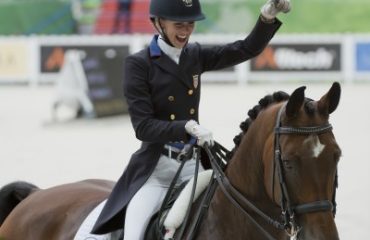