Sixteen-year-old Skylar Rogalny of Wellington, Florida, is living the life most young horse enthusiasts would be envious of. She attends school from 8:15 a.m. until 1:30 p.m. and then takes a bus provided by her school to the barn, Sweet Oak Farm, to fulfill her duties as a working student. She spends at least 30 hours a week at the barn. “I help keep things organized at the barn, get horses ready for their owners and ride horses for the trainer,” Skylar said.

As a sophomore at the American Heritage School in Boca Delray, Florida, Skylar is enrolled in the school’s equestrian program, which gives her the opportunity to receive a solid education while advancing her skills as a rider.

Skylar and Modern Music at the Holiday and Horses Show.
(Photo by Bridgette Ness)

Though it’s often dark by the time she has a chance to complete her homework for the next day’s classes, it’s worth the sacrifice. “It’s exciting and it’s fun. It’s nice that the school lets us leave so we have time to be with the horses and do what we like,” she said.

Skylar’s commitment to her schoolwork and her riding career recently earned her national recognition when she was selected as a member of the United States Equestrian Federation’s (USEF) High School Equestrian Athlete program. “I feel really honored they selected me to receive the award,” she said. Along with a congratulatory certificate, she received a letterman patch and a lapel pin.

Skylar began taking riding lessons when she was 3 years old and first competed in Children’s Jumper events aboard a Grand Prix horse. “My mom got me into it. She started riding as a child and still rides in hunter/jumper events today,” she explained.

Quiloa, also known as Lola, is a 10-year-old Oldenburg mare that was originally trained for 45-meter events. Skylar’s family saw the mare’s potential and bought her. “She’s energetic and feisty when she jumps, so I like that,” Skylar said.

Skylar and Quiloa finished third out of 50-plus entries in the Low Junior Jumper Classic at WEF 2015. (Photo by Bridgette Ness)

Her success in the show ring can in large part be credited to the education she’s receiving at the American Heritage School. “We understand the challenges that go along with juggling the schedule of a competitive equestrian athlete, so we designed our award-winning Equestrian Program to help fulfill passions and goals,” said Melanie Hoffman of American Heritage School.

Students are provided with the support and the flexibility they need to excel at the highest levels of equestrian competitions. High school students enrolled in the school’s equestrian program are eligible for physical education credits after a review of their documented training schedules. All days missed for equestrian-related training or competition are considered excused absences and the work is made up at a later date.

In addition to her studies, her responsibilities at Sweet Oak Farm and training with Lola, Skylar is a member of American Heritage School’s Interscholastic Equestrian Association (IEA) team. Each Tuesday, she and her team members travel to Castlewood Farm to practice. “It’s fun and exciting to ride on the team with your friends. You get to compete against different people and you have teammates to support,” she said.

In IEA competitions, riders randomly draw a horse to ride in both a flat and a jumping class. There’s no time for warm-up prior to the flat classes and only two practice jumps are allowed prior to the competition course. “It makes you a stronger rider when you have the opportunity to go out and ride different horses,” Skylar said.

Skylar and Modern Music in the Low Junior Jumpers at WEF 2015.
(Photo by Bridgette Ness)

With only two years of school left, Skylar is already making plans for what comes after high school graduation. “I want to be a marine biologist and a Grand Prix rider,” she said. Her love of the technicality of science parallels the attention to detail required to be a rider of her caliber and to continue advancing to the Grand Prix level. 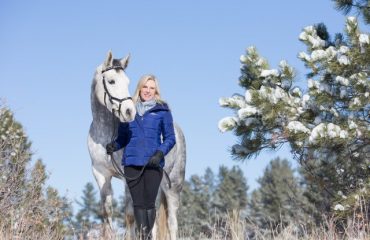 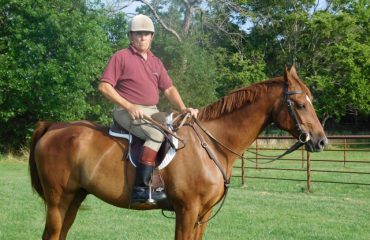