Kelly Conner kissing Freedom, who was born September 11, 2013. His mother was rescued from New Holland in July 2013 and was heavy in foal. He was adopted into a forever loving home with his mom in Kentucky. (Photo courtesy of Charming Acres Rescue)

Despite the abundance of diversity throughout the equestrian community, we all share a common bond — a passion for horses. No matter how we choose to express this passion or how different we may seem to one another, we’re all connected through the love we share for our four-legged friends.

Kelly Conner, owner and founder of Charming Acres Rescue Inc. in Lancaster, Pennsylvania, expresses her passion by saving horses that haven’t been so fortunate to experience the devotion of an enthusiastic equine-lover.

After attending an auction at New Holland Sales Stables in 2008 — seeing firsthand horses being sold to slaughter — Kelly knew she had to do something to help.

“I’m just an animal person,” said Kelly. “They can’t speak for themselves and need more people on their side. Horses have been my passion since I was 4 years old. I don’t know what it is or why, but I couldn’t see myself doing anything else.”

Lady was rescued in August 2014 from New Holland auction. She is a 29-year-old Clydesdale/Hackney cross. She was a show horse for 24 years, showing at Devon, Radnor Hunt, Ludwigs and many other places. She was used for competitive driving. She was sent to New Holland after she was no longer useable. She was rescued with intentions of finding her a forever retirement home but sadly she was recently diagnosed with a tumor in his nasal cavity so she will remain at Charming Acres Rescue for as long as she is happy. (Photo courtesy of Charming Acres Rescue)

Kelly still rescues most of her horses from New Holland and attends the auctions regularly, keeping an average of 10 to 12 horses in rotation at her 10-acre facility. Her mission is to rescue, rehab and rehome horses while focusing her operation on quality over quantity to produce the highest turnover rate possible for her rescues.

“We try to go every week but don’t always bring some home every time we go,” said Kelly. “Sometimes we’ll go to the auctions for other people who can’t make it that week and bid on horses for them. We try and help out other rescues as well and it’s convenient for us because we’re located so close to the auction site. It’s a good way to keep track of what horses are being auctioned and who’s out there.”

Once Kelly rescues a horse, they all go into quarantine off-property for 30 days. While in quarantine, each horse has their feet and teeth done, is seen by a vet, wormed and put on a regular feeding schedule in addition to any other specific care they may need. Once the horse is finished with quarantine and Kelly has evaluated them to determine what kind of home they’d be best suited for, they’re put up for adoption on the Charming Acres Rescue website.

Since starting Charming Acres Rescue in 2008, Kelly has rescued between 60 and 70 horses from kill pens, broker lots and neglectful and abusive situations — ultimately helping them find a lasting and loving forever home.

Buddy, in the blue blanket, is a 6-year-old Thoroughbred gelding. His mom was a rescue and he has become a permanent resident at Charming Acres. In purple is Jake, a 15-year-old Quarter Horse gelding who was rescued from New Holland Auction after being sold for slaughter in November 2013. He is the sweetest boy ever and is still searching for a perfect home as a companion horse only.
(Photo courtesy of Charming Acres Rescue)

Some of Kelly’s biggest success stories, however, started out as some of her worst rescues who seemed the farthest away from salvaging, including Melina — an Appaloosa–colored pony rescued in 2011 from a kill barn at New Holland.

“When we first saw Melina at New Holland, she was deemed ‘unfit for sale’ by the vet, which means that a horse is so skinny or lame that it can’t bear weight on all four legs,” said Kelly. “We already had bought two horses that day so we really didn’t need any more but we ended up taking her anyway. She was so bad and so old — we were just planning on bringing her home and euthanizing her in a safe and comfortable environment.”

Melina was 32 years old at the time, 300 pounds underweight, had no teeth and was considered less than a one on the Henneke scale (the body condition scoring system used to evaluate the amount of fat on a horse’s body).

“At first, against all our efforts, she continued to drop weight,” said Kelly. “We later started her on the supplement Alpha Boost Juice and in five months she was fat as a hog and certainly didn’t look her age! It took her six months until she was ready for adoption. Two years ago we ended up finding a sanctuary for her in Maryland and she’s still there happily enjoying retirement in her old age.”

Melina is doing well and loving life in Maryland at the Flying Duck Farm.
(Photo courtesy of Charming Acres Rescue)

Kelly never knows what she’s going to find when she goes to the New Holland auctions. Throughout her experience as a horse rescuer, she’s seen everything. “In 2013, we were at New Holland in June and I walked to the back of the auction and in the stud pen there was a Gypsy Vanner!” said Kelly. “You usually don’t find breeds like Gypsy Vanners at the auctions so I was pretty shocked.”

The Gypsy Vanner, Wizard, was 18 years old, had horrible feet and his legs were covered in mites and bleeding open wounds.

“A friend offered to buy him for us to rescue. He was definitely one of the more expensive rescues because of his breed,” said Kelly. “He stayed at New Bolton Center (University of Pennsylvania’s School of Veterinary Medicine) for a week and was gelded and had his legs taken care of. He was later put into training for a few months to learn some manners when he was adopted by our trainer’s neighbor and now has a wonderful home.”

Wizard was found at New Holland in June 2013 in horrible condition. He was rehabbed and has found a wonderful home where he is doing great and loving life!
(Photo courtesy of Charming Acres Rescue)

Kelly takes pride in always keeping track of the horses she rescues and what happens to them once they’re adopted from her. She takes it upon herself to make sure that those horses have a happy and loving home for the rest of their lives.

Any horse that gets adopted from Charming Acres Rescue can’t be resold, sent to auction or bred, according to the rescue’s contract. If the owner can’t keep the horse anymore, they have to send them back to the rescue. In addition, anybody interested in adopting one of the rescues is required to send photos of their barns, pastures and other animals on the property and is always checked by Kelly’s professional references (vet and farrier) as well.

“My sister had an 18-year-old Paint mare named Lexi when we first started the rescue,” said Kelly. “She didn’t have time for her so we placed her with a home and five years later they contacted us again saying they couldn’t keep her. Lexi came back to us and we were able to adopt her back out to a new loving home — that was 10 years ago! That just shows how we keep track of our horses and make sure they’re always in good homes once they leave us. Out of all the horses adopted out, we’ve only had a small handful return.”

Even with all of Charming Acres Rescue’s success thus far, Kelly says the most challenging aspect of running her operation is finding a way to finance all of it so her horses can have the best quality care.

The rescue accepts all forms of donations ranging from money, grain and hay to tack items. Kelly also holds online auctions through Facebook with items that have been donated to her.

“Funding for all of the horses’ specific needs can be a big problem sometimes and we can only do the best we can with what we have,” said Kelly. “We also always need more volunteers. Any help we can get, we’ll take.”

In addition, Kelly’s plan in 2015 for Charming Acres Rescue is to spread the word about her operation and expand her connections beyond what she’s collected online.

“My goal is to get out there more this year. I want to go to public events, expos and horse shows and set up information tables to help get the word out about what we do at Charming Acres,” said Kelly.

Look who’s available for adoption and looking for their forever homes – Adara, rescued from New Holland, and her foal, Whisper.
(Photo courtesy of Charming Acres Rescue)

For most of us, it’s hard to explain why we’re passionate about something to those who don’t understand it themselves. Kelly is frequently asked how she chooses which horses to rescue from an auction. For her, the answer is simple.

“I don’t choose them, they choose me. I can’t explain it and it may sound crazy but I’ll see a particular horse and it’s just like a signal that goes off in my brain,” said Kelly. “I walk up to that horse and tell them that I will do whatever I can to save them and for that horse it makes all the difference.” 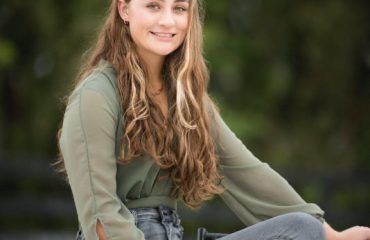 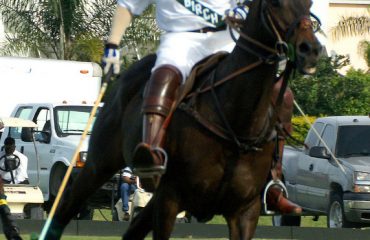 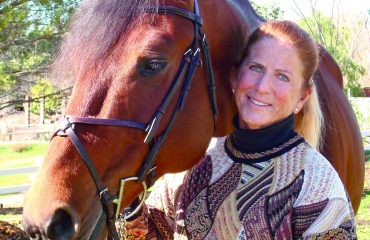 2 Comments to “ The Chosen One”