Will Ersland: Brought Back to Horses by Art

Will Ersland’s philosophy is that to be a great equine artist, you should be a good rider and know horses inside and out. That definitely could be said for Will, who has been constantly learning all things equine for most of his life. From jumping and foxhunts to Western riding, driving, snowy sleigh rides and everyday horse care, his vast knowledge of the horse is evident in every brush stroke.

With each painting, no matter the subject—polo, hunter-jumper, Western themes or sporting scenes—Will starts off with an image or composition in mind, an event or story to tell on canvas. “I keep refining the small sketches, relying on years of past drawing and painting experiences,” Will explained. “Then I’ll shoot my own photographic references and start the process of scaling up the drawing to the size canvas I’m aiming for. It always amazes me how close the initial sketches are to the final painting in proportion and values.”

Growing up in rural Iowa, most of Will’s neighbors and friends had horses and cattle. “My maternal grandfather, an expert horseman, had a Quarter Horse and a Thoroughbred when I was a kid, but at that time I wasn’t interested in riding them much—just trying to ride the neighbor’s cattle when he wasn’t looking,” Will laughed. “My love of horses likely originated from a love of all those Western movies. I didn’t have any formal training as a rider; I just jumped on and frequently got bucked off. I tried riding cattle and young bulls, and as you can guess, was even less successful.”

Even though Will had been around horses at a young age, his passion for painting came first. After attending Iowa State University in Ames, he started his professional life as a graphic artist and illustrator, and has been in Minnesota for the past 35 years.

“My passion for the horse became obvious when my book illustrations or historical paintings inevitably ended up having a horse in them, or featured an historical perspective that included a horse,” he said. Several years ago, Will painted a large canvas of a Civil War battle scene in Kentucky that included an officer on horseback. A local writer saw the painting and reached out, asking if Will would illustrate her forthcoming children’s book. As it turns out, she was an expert horsewoman, and that jump-started Will’s interest in learning to be a better rider and all-around horseman.

“Soon, I was taking hunter-jumper lessons in an arena and trail riding with her and her friends,” Will said. “That also spun off into joining a club and going on a few foxhunts, learning how to drive carriages and then sleighs,” Will said. “Currently, I have two sleighs and no horse to pull ’em. My horse, Ike, would no doubt express his immediate disdain for pulling all that wood on runners by refusing in a very animated way.”

Riding Off Into the Sunset

Ike is now 29 and still going strong as Will’s lifelong equine partner. Will got Ike when Ike was 12 years old, after his previous owner had finally given up trying to finish him in dressage. “He was quite difficult for her—he wouldn’t collect himself, obey or allow anyone to touch his ears or clean his hooves,” Will recalled.

Will spent months working from the ground up with Ike. From ground manners then walking and trotting, Ike responded beautifully to Will and the two formed a close bond. “I had a Parelli coach for a summer and that worked out really well for Ike, especially since he’s very smart and liked solving puzzles and pleasing me!” Will said fondly. “He’s smart, kind, very skilled and often my go-to model for paintings.”

Now, Will enjoys Western trail riding with Ike. He still attends polo matches and rodeos as a spectator, always sure to bring his camera to take his own original photo references for future paintings. Several of his jumper paintings have been used as official show posters and have been auctioned off at hunter-jumper events to benefit the local Animal Humane Society.

During the weekdays, Will spends a fair amount of time in his painting studio, working on custom commissions and original paintings. During the hot summers, Will visits Ike in the cooler evenings, and in the winter he feeds and checks on him morning and night. “I used to love winter trail rides,” Will said, “and sleighing—usually with a friend’s horse. Ike would certainly have none of that work!”

When Will is not painting or riding, he has two other hobbies: archery and teaching martial arts, things he says helps keep him fit as a rider, too. “I’ve always loved archery and I shoot as often as I can,” he said. “I even fletch my own arrows. I also teach martial arts twice a week.” Will’s two sons do not ride, though Will is quick to say they would be talented at it.

Will’s future goals are to be a juried member in two different prestigious national art shows this year, and continue to work on new paintings that constantly push and challenge him in new ways. But no matter what’s happening in his studio, Will always looks forward to a relaxing ride. “I’m always content to just spend time with Ike and ride,” he said. “It’s the best thing in the world.”

Art Of The Horse is the world’s first equine art platform and is the premier source for all things equine art. artofthehorsegallery.net

Tagged under: art of the horse, equestrian art 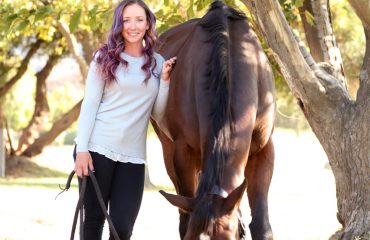 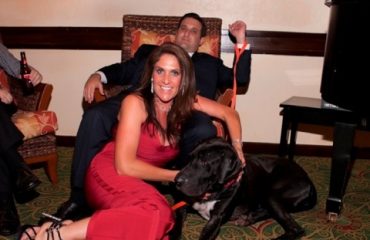 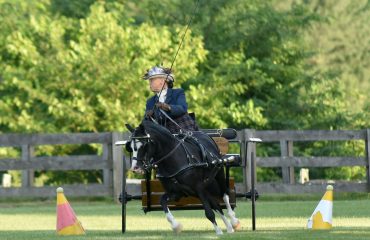