Ana Bertozzi, a freshman at Fresno State University, didn’t always want to ride at the NCEA level in college — because she didn’t know about it. Ana competed in the Interscholastic Equestrian Association (IEA) throughout high school and loved the format. What led her to NCAA Equestrian was her success in the NCEA Medal class offered in A-rated horse shows throughout the country. The 3’3” NCEA Medal was introduced in 2016 to offer junior riders the opportunity to familiarize themselves with the NCAA collegiate format, which is very different from what riders are used to outside of college athletics. After earning points throughout the 2016 season, Ana won the first-ever East Coast NCEA Junior Hunt Seat Medal Finals. It was this class that led her to Fresno State and their ranked Division I collegiate equestrian team.

What is the format of an NCEA Medal Class?

You compete throughout the year in regular 3’3” classes at qualifying shows, both over fences and on the flat. You have to get enough points to qualify for the final. In the finals, you ride your horse in the first round. Then, only a certain number get called back for the flat phase. After combining both fences and flat scores, they call back the top four and do a bracket format. In that format, you switch horses and go head-to-head, which is similar to the actual NCEA format.

Would you encourage people to show in this class?

Yes! It was really helpful for me. Before I participated in the class, I didn’t know how the NCEA format was run or if I would be successful in it. I found it was a great taste of the reality of collegiate competition and you can decide if you like it or not. It was a good introduction to it.

How did winning the first Medal Finals shape your decision to pursue college riding?

After the final, it solidified my desire to compete on an NCEA team. It’s very different from IHSA, which is the other option I was considering. I participated in IEA in high school and found that I preferred the NCEA format after competing in the class.

Why did you choose Fresno State University?

I looked at very few schools, because I had set requirements in what I wanted to see in the college I was going to attend. I wanted a school with a strong pre-vet program that had a friendly, family feel on the equestrian team. After I went on some visits, I knew Fresno State was the right choice for me.

What’s your favorite part about being a student-athlete at Fresno?

Definitely my teammates — they’re the most spectacular, supportive and fun group of girls. It makes being here, being on the team and being a student-athlete so worth it.

What advice would you give to someone who wants to ride in college?

I would say to reach out to the coaches. They’re all very nice and super friendly. Ride as many different horses you can, so that you can have the ability to adapt to whatever’s underneath you. Every school has very different horses so having that experience under your belt will really help. 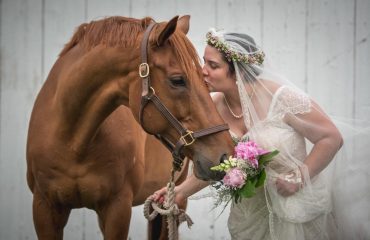 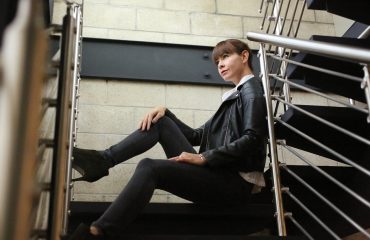