Cynthia Hampton is a very energetic person. She laughs when she remembers her childhood. “My mother used to say to me, ‘You have so much energy! Why don’t you just go outside, I can’t take it!’”

Cynthia has recently applied some of the same energy to her passion for horses by founding Classic Champions, Inc., a circuit for young jumper horses, a not-for-profit 501c(3). Its purpose is to implement European practices for the young jumpers into show jumping competition in North America.

The Classic Champions circuit has adopted the European practice of competing on grass whenever possible (the natural environment for a young horse) over fences set by course designers trained specifically with the young horses in mind. “A course for 4-year-old young jumpers is much more forward with a lot of natural obstacles that are later going to be included in courses at the upper level,” Cynthia explained. “It’s mostly competing on grass with the lines set correctly on a natural curve, respectful of the correct striding.”

An old photo of Cynthia, taken by her father, shows where her love of horses began.

“I was brought up in Portland, Oregon. My mother was an artist and my father was a successful businessman who received the Ethics-in-Business award for the country one year,” Cynthia said. “We’re a philanthropic family where the value of what we can accomplish with others is important. I was taught to give back and do community service.” She explained that in her case, it was her passion for horses that drove her interest.

Cynthia remembers exactly when her love affair with horses began. “The first time I was put on a horse was the moment that did it all,” she said. “I think I was 3 years old. My father took me to a farm and they had some old nags and western saddles. They put me up there on one of these horses and I was instantly fascinated.”

She rode at a local riding school, remembering how she’d spend the days there during the summers, happy to be in the company of horses. Then she got her own horse, an off-the-track Thoroughbred, but they found that it had the unfortunate habit of being a nasty stopper. “She’d take off with the front feet [over a jump] and then decide that this was a bad idea,” Cynthia remembered. “One time she did that so suddenly that I ended up on her poll. She reared and flipped me so high in the air I remember all the daylight I could see between the bottom of my feet and the ground! After that we got a very sweet 9-year-old horse that was very honest and so much fun — the kindest horse.” Cynthia went on to do well and won a Hunt Seat Equitation Championship at 17.

A graduate of Stanford University with a B.A. in communications, Cynthia also studied journalism and documentary film making while minoring in French literature. After graduation, Cynthia worked as a fashion photographer in Paris for over 20 years. During that time, she married and raised a family, making time for horses and riding. While showing her jumpers in the Ile-de-France, the region surrounding Paris, Cynthia became familiar with the European methods of training young jumping horses and became a passionate advocate of that philosophy.

Cynthia and Orbetello in Wellington, Florida.
Photo by SportFot

She was especially impressed with the requirements for showing there. “In Europe, you may not compete in the show ring unless you’ve completed a minimum of seven exams. The final exam is both oral and written and then there’s the style of eventing exam covering dressage, cross-country and stadium. You’re taught morphology and pathology and to take apart a double bridle and understand the usages of all the bits, how to wrap a horse and how to negotiate a warm-up ring.”

In the European method, a large part of the young horse’s development is to compete over courses on grass that have been specifically designed for their age group. “The younger the horses are, the more they need breathing spaces [on course] where they can catch up with their mind, think about what they’ve done and what might be coming next,” Cynthia said. “They can’t have things thrown at them that cause them to have to adjust too often. Course designers need to present the fences to them in a way that makes sense. It’s just like people: There are optimum times and ways for us to learn.”

In 1996, Cynthia returned to the U.S. and competed her show jumpers on the West Coast and at Spruce Meadows. She currently divides her time between her Hampton Farms in Lexington, Kentucky, and Wellington, Florida. She became especially interested in the training of young jumpers as she began her breeding program on her farm in Lexington with Orbetello, a 2003 approved German stallion. While showing at Spruce Meadows in 2015 under Brianne Goutal, Orbetello placed third in the Husky 1.50m and was clear in the 1.55m. Cynthia resumed riding him for the rest of the summer and the winter season 2016.

“He’s a very respectful stallion,” Cynthia said. “He has very classic, fabulous style, both in front and behind.”

Cynthia stressed that the courses should be inviting and only become more challenging as the show year progresses and as the age groups progress from 5-, 6- and 7-year-old horses. “I was just fortunate enough to be in Europe for a significant amount of time where over and over I saw the results of effective education for young jumpers and I saw how it was done. I’ve worked with those people — they’ve done it for decades.”

Partnering with her on the executive board of Classic Champions is Michel Ismalun of France. He’s a national course designer since 1994 and helped design the course for WEG in 2014 at Normandy. In his younger years as a rider, he won the 5-year-old championships in Europe and rode and competed successfully for several decades.

As a fashion photographer in Paris, Cynthia learned about the importance of building a brand and the use of effective graphics and has applied those skills for the Classic Champions circuit. Last year the Classic Champions tour included classes during the Ridge at Wellington show. At the Silver Oak Jumper Tournament, Classic Champions had several classes and prize money of $40,000 spread out over the divisions, which attracted many entries.

Plans are under way for the winter shows and Cynthia is excited about the future. “Classic Champions, Inc. will be working with Princeton Show Jumping and Princeton Equestrian League in 2017,” Cynthia announced. “We plan to make Eastern League Young Jumper Finals grow into an upscale event showcasing young jumpers in the way they deserve to be distinguished.”

About the writer: Doris Degner-Foster rides with Harvard Fox Hounds fox hunt club in Tulsa, Oklahoma, when she’s not interviewing fascinating individuals in the horse sport or writing fiction. Soon to be available is her middle-grade series about teenagers who ride and solve mysteries, and a mainstream murder mystery where a horse appears strangely to an ER doctor to help him through a crisis. 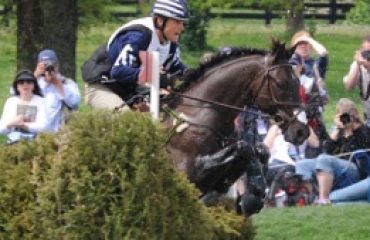 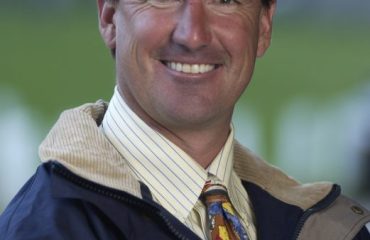 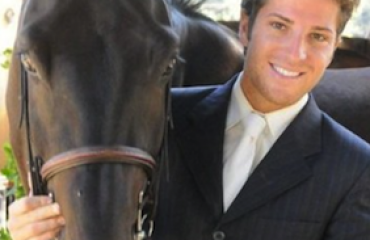