Gary Smith is the one many riders call when they have a challenging but promising horse. Thanks to Gary’s gift with horses, he never has to look for work. The Wellington, Florida, resident is often sought-after when horse professionals and amateurs have tried many training methods — without the desired results.

A typical example was a Florida man who owned a talented horse that bucked and reared unexpectedly. He said the gelding was destined for the kill pen and asked Gary if he’d like to buy and retrain him to sell. The horse, Teddy, was the kind of project Gary liked: a horse with potential, but who needed understanding and time to develop his ability.

Dr. Tim Ober, the U.S. Showjumping Team’s vet at the time, discovered Teddy had a locked sacroiliac joint, and treated the condition through chiropractic care. “He took away the pain, which took away the behavior,” Gary said.

For 30 days, Gary walked the horse in a long frame, because a horse will anticipate pain in the injured area even after being relieved of it. “Teddy had previously had his head up like a giraffe,” explained Gary. After his rehabilitation, the horse was sold, and is currently a quiet and handsome mover showing dressage at First Level.

Gary’s recommends riders take something positive away from every ride

Gary learned to ride in his native England. At 15 years of age, he left home and apprenticed with David Gandolfo, a steeplechase trainer whose wins included the challenging three mile, five furlong Whitbread Gold Cup in Sandown. The young Brit had never seen a horse before, but quickly racked up experience in the apprenticeship and learned to ride from the experienced jockeys and on his own. “Eighty hours a week and all the overtime you could want,” he said, with a laugh.

Following work at racing stables in Europe, Gary’s stint as an exercise rider included the 1987 Breeders’ Cup entry Demons Be Gone. Years later, he settled in Florida, and got a job grooming for dressage rider Judy Kingford. His riding skill became apparent, and he started getting requests to train difficult horses.

Why does he get continuous calls to ride? “I think a lot of people get big, powerful horses and don’t understand how to ride them,” FEI “O” judge Linda Zang said. Linda had called him to help with one of her horses, and said, “He’s the best person to do the kind of job he does.” Perhaps his hardscrabble beginning, working on his own early in life, heightened his empathy for challenging horses.

“I’ve always admired Gary’s approach with horses,” said Olympian Lendon Gray, who had him help with training students at the 2013 Dressage4Kids Winter Festival. “He’s a strong rider, yet there’s a softness in his position, in his hands and back.”

Gary’s method of equine education includes not pushing a horse if not mentally ready. He has helped riders in the same patient, low-key way. Third Level rider Shelley Swetnam, owner of Kensington Ridge Farms of Wellington, Florida, didn’t like to show as she was fearful of being judged. “I want you to think about going into a class,” Gary said to her one day during a three-month coaching. “We’ll just bring the horse to the show,” he continued with his low pressure approach. At the show he reminded her, “You don’t have to go in the class if you don’t want to.” Shelley showed successfully in the test at White Fences Equestrian Center in Loxahatchee, Florida.

Gary remembers training a young chestnut horse, Lady Calvert, who had become unbalanced, bucking her owner off, fracturing ribs. “I wanted her to be an optimist, otherwise she wasn’t going to get to that place of performing to her potential,” he said. The mare won dressage tests when she returned from reschooling with Gary to her owner, trainer Robin Shehan, USDF Gold Medalist of Loxahatchee, Florida. A freelance rider has to consider who he is riding the horse for. He rides Lady Calvert on light contact because Robin rides that way. He trains the horse according to the rider’s abilities.

Gary was called to Massachusetts to work with a horse that had begun stopping and refused to go forward. After attempting to unsuccessfully correct the horse through conventional methods, the owner enlisted Gary. Though he’s often able to make progress quickly, the horse had gotten away with his difficult behavior. But Gary never took his anger out on the horse. “A rider can’t ride angry, because bad decisions are made then,” Gary said. After bringing the horse to his stall, he was left with tack on so he’d understand training wasn’t finished. Regrouping after 20 minutes, the horse’s behavior was the same, but then Gary got four good steps. “I praised the horse as if he went to the Olympics,” he quipped.

Gary’s objective with the horse was to build confidence and self-esteem. “If you tell a horse he’s bad, he’ll begin to believe you.”

The horse was put away again, then repeated the effort, getting 5 minutes of a really good ride, and finished on a positive note. In the afternoon ride, the horse came out with no resistance, and with an improved attitude and no fight. There was some minor resistance in the following workouts, but Gary continued to praise him when he did well.

Thanks to Gary’s gift with animals, he keeps a busy schedule

When Gary mounts a horse, he does so carefully, lifting a lifetime of horse-related injuries. He rides even with a separated shoulder and a left hand neuropathy that has regained half function. His shining bald scalp might have a scar but his riding seat is welded onto the horse.

At 60 years of age, he’s scaled back to six or seven horses a day now, from what was a 14-horse- a-day schedule. Now he gets to spend more time with each horse, and enjoys a less hectic training time.

When Gary isn’t on the road, he lives with his wife, Ann Nelson, a rider, at a horse ranch with a four-mile driveway that goes into the wilderness of Alberta, Canada. His daughter, Eviline, who also has a varied equestrian background, was circuit champion 1.25 amateur jumper at HITS Ocala in 2016.

Some trainers feel threatened by Gary’s work, worrying that his reschooling talent will reflect badly on their work as a trainer. Or that his riding a sale horse could suggest that a horse is hard to ride. He has had to sign confidentiality waivers with clients, but he keeps a perspective on his job and trains with a philosophy: “I am not a dressage rider. I just want to help people and horses have fun,” Gary said. “I’m just approaching the problem from a different direction.”

Some horses’ problems can be complex and require months to change. However, he offers an example of how improvement can come just from making a simple change: “If a horse acts up in the ring, try going on a trail ride,” he said. “The horse will be doing something completely different, and it freshens the horse’s mind. When he comes back, he’ll be ready to do the work.”

Gary suggests that riders “Take something positive away from every ride. People lose sight that riding is supposed to be enjoyable. If you enjoy what you do, you’ll get better.” 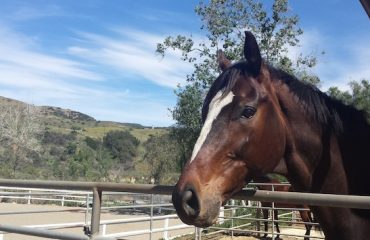 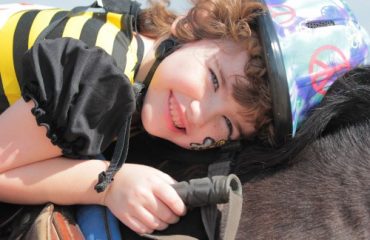 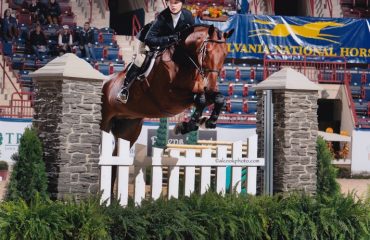