No one watching the match at the San Francisco International Polo Club for the Audi Challenge Trophy last August would have suspected that the Haiti team captain, Claude-Alix Bertrand, was “shaking like a tree” at the thought of getting on a horse just a few short years ago.

With a fast moving, adrenalin-fueled game like polo, injuries are not uncommon. An extremely fit, confident athlete, Claude-Alix said, “The scars on our bodies heal much faster than the scars in our memory. I’ve broken my nose, my fingers, pelvis and my wrists, but the biggest injury was when I broke my right leg. That leg now has seven pins and a couple screws in it. It happened in the middle of the first match of the season. I was waiting for a play and the horse got spooked by something, we don’t know what. I got bucked over a fence and landed in the bleachers.”

Claude-Alix was in a transition period then. He owned and ran a chain of restaurants and a catering company in the San Francisco bay area call Standing Room Only, and he was in the process of selling the restaurants. He was ready to fully embrace the sport of polo, which he had continued to play during his spare time. “It was time to shift the energy, prioritize my life differently,” he said. “I had played polo and competed most of my life, but I was ready to take it to a bigger level. The businesses left limited time for riding and I wanted to make a career around polo.”

Claude-Alix during a recent trip to Haiti.

An accomplished architect, Claude-Alix had focused his high energy into obtaining top real estate locations where he would completely gut, design, re-build and launch fashionable spots, one after the other. He enjoyed designing the restaurants more than running them. “As soon as we launched one, I would secretly start looking for another spot,” Claude-Alix confided. He felt burnt out after keeping up that incredibly fast pace for over a decade, and he wondered if his distraction with selling the restaurant business might have had something to do with the horrible fall.

He was rushed to the hospital and within two hours after the fall, Claude-Alix was in surgery. A week later, he was doing rehabilitative exercises in the pool. Working with a personal trainer, he had hoped to be back in the saddle by the end of the polo season, but it just wasn’t physically possible. “So I went to Brazil and spent eight months restoring physically and emotionally, and got involved with the Brazilian Equestrian Foundation out of Sao Palo,” Claude-Alix said. “While I was there, I rode some very mild ponies and learned more about horses, about how to care for them, understand their temperament and how to be in spiritual alignment with them.”

When Claude-Alix returned to the U.S., he was happy to sign again with the U.S. Polo Association, and went back to train in the same arena where he had been injured. He remembered, “I was shaking like a tree and paralyzed with fear to get on the horse. It was a war within my head, a real nightmare to regain my confidence.” The lack of improvement and enormous frustration brought about by numerous trials with different coaches was discouraging.

Determined not to give up, Claude-Alix searched for someone who would understand him and his situation. “Eric Wright of Wrightway Polo spoke in a language I understood. With many great coaches, their style, personality or something about them can make you nervous or anxious and their instruction goes in one ear and out the other — it doesn’t register,” Claude-Alix said.  “Eric communicated well with me and would realize when I was getting too tense. He would make me get off the horse and he would get on to demonstrate to me what I’d just done. [He would say] over and over, ‘Here is what you’re doing and here is what I need you to do, got it? One more try!’” Under Eric’s coaching, Claude-Alix went from being a very fearful player back to his confident self, putting aside the mental handicap.

“Eric understood my love for polo and ambition as a player. He is the best coach I’ve had,” Claude-Alix said. “I think he’s the only one who could have gotten me ready to compete again.

Last summer, Claude-Alix was approached by Stephanie Balmir-Villedrouin, the Minister of Tourism of Haiti, about gaining exposure for Haiti. “Since I’m originally from Haiti, she wanted to find a way for us to work together to promote Haiti and its rebirth in tourism,” Claude-Alix said. “I love Haiti, I’m passionate about the country, its people and their resilience. Since I’m the only polo player that has ever come from that hope-filled country, I took the opportunity to dedicate myself to bringing a positive light through my passion and love for polo.”

Claude-Alix received an official invitation from Haitian President Michel Martelly and the Minister of Tourism to travel to Haiti. During the five-day official visit in September 2014, he received the nomination of Ambassador of Goodwill by the President at an official ceremony at the Presidential Palace. That appointment includes helping to promote Haiti’s image, tourism and sports.

In a press conference in her official capacity as Minister of Tourism, Stephanie Balmir-Villedrouin announced the construction of the first full-service polo resort, school and spa in Cotes De Fer, Haiti. Claude-Alix will be involved in the development and launch of this five-star resort featuring designer brand shops, sailing, Formula One car racing and other activities that will be available for guests. Some of those same designer brands are sponsoring him and the Haitian Polo Team in 2015.

“The current government in Haiti is the most progressive and stable I’ve seen in my lifetime. I really believe in their optimism and in the work they are doing. There’s still a lot to be done and I’m excited to be a part of the change. I trust the Minister of Tourism with the work that she’s done this far, and the Government’s support has been unparalleled,” he said with enthusiasm. “While we have great ideas, without sponsors, the right names and the right brand to support us, we couldn’t go anywhere.”

Claude-Alix is no stranger to marketing, branding and launches. Recently he formed another great relationship with The Audi Sportscar Experience, which is the only place in North America for members of the public to enhance their driving skills and discover the capabilities of Audi Performance models and Formula cars under the expert supervision of top professional drivers.

This season, Claude-Alix’s competitive personality helped him decide that it was time to take his polo career to the next

level, to focus on international polo competition. In addition to Audi Sportscar Experience, which is the presenting sponsor, Duty Free America has been working closely with Claude-Alix to promote the team in an international campaign. The Haiti polo team will be promoting their products including luxury scents. Other sponsors include Ermenegildo Zegna, an Italian luxury fashion house specializing in men’s clothing and Digicel, the largest mobile telecommunications operator in the Caribbean.

Claude-Alix said, “Now I’m playing in different tournaments nationwide and worldwide including Jamaica, Argentina and China.” Team Haiti, with Claude-Alix as captain, won the China Open Polo Tournament at Nine Dragons Hill Polo Club in Shanghai last spring. He was very impressed with the facility and said, “I came back really inspired to hopefully open the same doors for Haiti.”

Although he lives in California, Claude-Alix is originally from Haiti and has been appointed as the Ambassador of Goodwill for Haiti.
Photo by Reed Davis Photography

Jonathan Haswell, President of Audi Sportscar Experience, in partnership with Polo SF and Claude-Alix, launched the first international polo tournament last spring held in San Francisco in over 20 years — the San Francisco International Polo Classic. There was world-wide participation including teams from Argentina, China, Panama, the U.S. and Haiti. Polo SF coordinated player transportation and provided horses for each of the teams. Claude-Alix formed the Haiti polo team, choosing the players and working closely with Polo SF.

“The Audi Sportscar Experience didn’t just support the sport but made this a really exciting time for our fans and guests who came to support us,” Claude-Alix said. “The week started with a race at the Audi Sportscar Experience school where guests could buy a ticket to be a part of the car racing. There were other events and cocktail parties all week long to help promote the event, which was sold out.”

The Haiti Polo Team has continued their winning streak, bringing home the win in the South American International Polo Championships in Cordoba, Argentina, at the Pompeya Polo Club in October 2014. Following the win Claude-Alix said, “We are humbled to have taken the championship, Haiti this win is for you! The Haiti Polo team dedicated the trophy to all Haitian athletes with the light within who dream someday to win. We are proof you too can do this.”

Watching Claude-Alix today, spectators would think the very idea of Claude-Alix “shaking like a tree” to get on a horse to be totally ridiculous.

About the Author: Doris Degner-Foster rides with Harvard Fox Hounds when she is not interviewing interesting individuals in the horse sport. She is working on a middle-grade mystery series and a murder mystery novel where a horse strangely appears in different people’s lives to help them through a crisis. Look for her blog, Notes From the Field, on the Sidelines website. 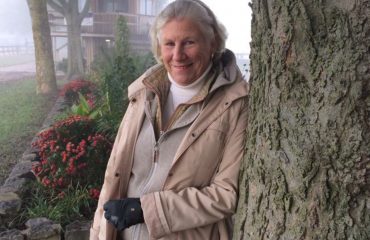 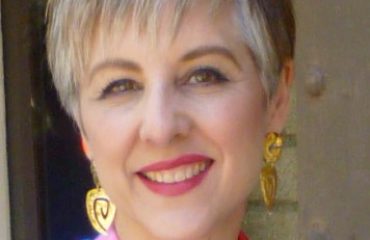 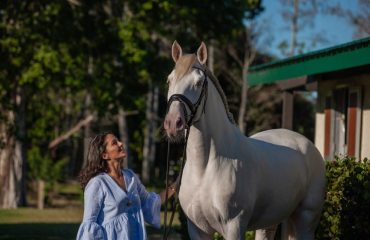