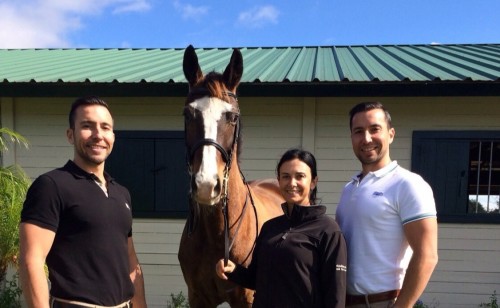 Monday, February 02 2015 by Editor
By Lauren R. Giannini It isn’t that anyone said it couldn’t be done. It just hadn’t been tried, at least not in public. But dressage trainer Chrissa F. Hoffmann thinks outside the box and the dressage arena. She isn’t biased about breed and proved it by riding and training an American Saddlebred named Harry Callahan
Tagged under: Chrissa Hoffmann, dressage, lauren r. giannini, saddlebred, sidelines magaizne