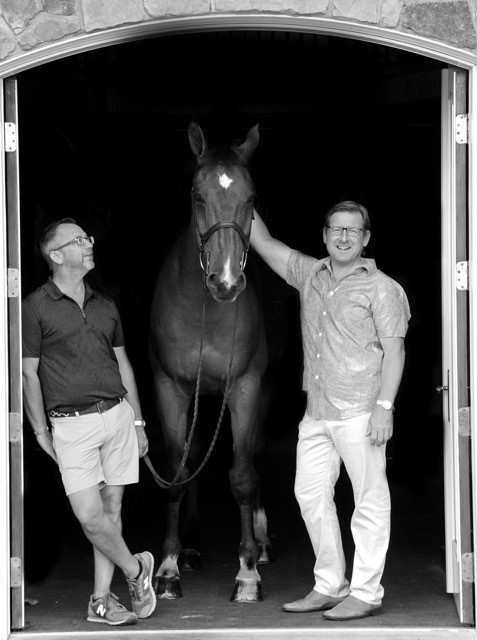 Tuesday, August 15 2017 by Editor
By Carrie Wirth Growing up, Michael Dowling longed to be at his cousin’s farm. Tucker Ericson, his cousin, introduced him to a whole new world ­– the horse world. Like Tucker, Michael became obsessed with the equestrian life. Years later, the course of these two men’s lives never veered far from their love of
Tagged under: michael dowling, monmouth at the team, monmouth county horse show, tucker ericson