Believing in the Horse Nobody Believed In: Cooley Quicksilver

I have had many young horses in my time, and one thing I’ve learned is that it’s rarely the perfect, easy baby that becomes the next superstar. In fact, I’ve always considered it a positive to have the well-behaved youngster throw a little bit of attitude my way, as I believe that it takes fight to become a great event horse.

The inspiration for this month’s piece is one of the quirkiest, most weird and wonderful horses that I have ever had: Cooley Quicksilver.

I found Cooley Quicksilver, known as Monster, in a small dealers’ yard in Ireland in May 2016. I was on the road with Richard Sheane of Cooley Farm looking for potential sales horses. Monster was a weak, very green 5-year-old who had done a bit of hunting, but not much else. We watched him trot up and decided to see him being ridden. Richard and I immediately thought that he was a real athlete, and when I got on, I liked how loose and athletic he was despite the definite lack of controls and training.

I decided to buy him as a project, and so my relationship with the Monster began. I can honestly say that I have never had a horse quite like him to train. When he first arrived, he bounced his way around life, and everything you asked him to do he would react the opposite way. If I put my left leg on, then he would gallop sideways into my left leg, and vice versa. I was the only one that would hack the cheeky, naughty 5-year-old that my staff was scared to ride, and I found myself constantly trying to figure out how to train the rogue, wiggly grey horse that I had bought.

Another fun fact about Monster is that he is possibly the most flexible horse I have ever known, and I’m sure if he was a person he would be a double-jointed contortionist. To this day, he can easily reach over and scratch the top of his tail, and to ride him is often like sitting on a giant, over-cooked noodle. He is also incredibly arrogant and has a very high opinion of himself, which is a good thing in an event horse if you can manage it! These abilities can be great assets in show jumping and cross-country, as he is an incredible athlete, very light on himself, extremely brave and he loves to compete, but it has certainly made training him a bit challenging through the years.

I have found myself saying to countless coaches, staff and even owners, “I promise you this is a good horse.” It seemed to be the only way that I could explain why I was riding such a feral, seemingly untrainable creature that was many times turning himself inside out for no apparent reason other than he thought it was fun and a good idea.

But, through it all, the reality is that I really did believe in that weird, wiggly horse, and so I decided to keep going with him, as I knew he would probably be too difficult to sell to most people.

Monster went from the unmanageable 5-year-old to a horse that competed at the Young Horse World Championships in Le Lion d’Angers, both as a 6-year-old and 7-year-old, finishing seventh during his second trip to the venue. He then was the traveling reserve for Team USA in Peru for the Pan American Games and also represented the U.S. on the Boekelo Nations Cup team as an 8-year-old. He completed both Kentucky and Pau CCI5*-L as a 10-year-old last year.

After some even greater soul searching on how to train him better through the winter, 2022 has been his best year yet. Monster has now stepped up to another level, and I am so incredibly proud of him. We have reached a point where we have a real friendship and a partnership where we both know each other inside and out, and the pieces are starting to fall into place. After winning the CCI4*-S at the Land Rover Kentucky Three-Day Event, we went on to the Luhmuhlen CCI5*-L and came home with a fifth-place finish; he was one of only three horses to jump clear inside the time on the last day.

The moral of this story is that it’s not always the straightforward, fancy young horse that will find you success. Sometimes, it’s about listening to your gut and believing in the wild, goofy, talented horse that challenges you every day but has a true zest for life and love for his job.

Liz gives Monster some love after jumping clear at the Luhmuhlen CCI5*-L. 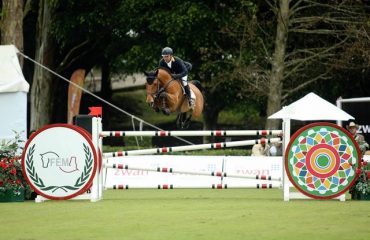 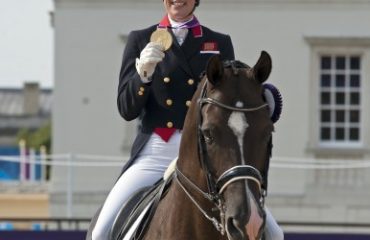 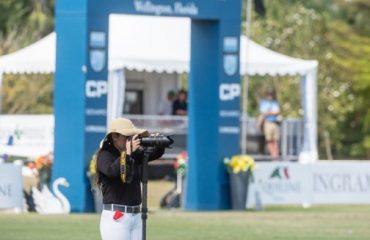