Georgina with one of the miniature horses she adopted from the SPCA.
Photo by Geoffrey Tischman

Happy to be back in the saddle pretty much describes Georgina Bloomberg. The New York based jumper rider had serious back surgery in July 2011 and spent a week in the hospital, then three weeks of mandatory bed rest. For the first couple of months, she walked with a cane.

“It takes a full year for that surgery to heal; but I started riding at the end of March,” said Georgina. “I didn’t compete or risk falling. I was very careful and rode really reliable horses, one or two a day. I took it very slowly. If I had something else to do, I didn’t fuss about it.”

Georgina had a very curved spine. The condition put her hips out of balance and made one leg shorter than the other. After she fractured her back for the second time in 2010, her doctor said that while she had healed, there was a bigger problem that had to be addressed or else she would face the likelihood of fracturing her back every time she had a fall from a horse.

“I’ve been having problems with my back since I was 10 years old,” admitted Georgina. “It’s called spondylolisthesis (similar to scoliosis) and my spine was so unstable that I had to have surgery if I wanted to continue riding. I kept seeing specialists and all of them said that I needed the surgery, even with all the risks involved. They went in and decompressed my spine and did bone grafts, placed pins on each side and long rods to stabilize. I’m not as flexible as I used to be; but the only time I feel it is if I lie on a hard surface on my back.”

Georgina Bloomberg in her comeback win with Perfect de Coquerie at Fieldstone Show Park in the $7,500 UBS Financial Welcome Stake during the 2012 Equestrian Summer Showcase.
Photo by Tony Decosta

In May, Georgina returned to competition at Old Salem Horse Show. She also competed at Fairfield, Ox Ridge, Lake Placid and Vermont. In August of 2012, Georgina scored her first comeback victory when she partnered with Perfect de Coquerie, owned by Bloomberg and Stephex Stables of Belgium, to best the field of 21 in the $7,500 Welcome Stake at the Equestrian Summer Showcase at Fieldstone Show Park. The duo’s double clear win recorded a jump-off time of 35.528 seconds.

“I was more confident after the surgery because I was stronger and the surgeon told me that I’m all fixed now,” said Georgina. “Before the surgery I was really scared, because I was always thinking about the consequences if I fell. I had my first fall at the Hampton Classic during a class. I landed on my butt and had a bruised knee. Mentally and physically, I got it out of the way.”

In addition to the jumpers, Georgina stays busy. She has authored three novels in the A Circuit series (see sidebar), serves on several boards, including the Equestrian AID Foundation and Hampton Classic Horse Show and in 2006 started The Rider’s Closet, a program that makes riding attire more accessible to riders in need and participants in therapeutic riding, pony club and intercollegiate programs.

“Pegasus Therapeutic Riding, which is about five minutes from our farm (North Salem, New York) took over The Rider’s Closet two years ago,” said Georgina. “I used to do it all myself, kept the clothes in my mother’s garage. I really enjoyed opening a box of clothes and reading the letters. I loved doing it; but I was on the circuit and for The Rider’s Closet to help the people I wanted to help, I had to let it go. Pegasus built a big room like a closet and they get the clothes out so much faster.”

Pegasus handles requests and donations: all gently used equestrian clothing and boots are accepted (exception: used helmets). The donation of new items and helmets is greatly appreciated. Both juniors and adults may submit requests. For forms/info: www.pegasustr.org/trc

Georgina’s jumpers include Radio City, Prince de Bonneville, Perfect de Coquerie, and South Street. She’s also very excited about bringing along three new young horses. In October, at Princeton Show Jumping 2012 in New Jersey, Georgina and Radio City, owned by Gotham Enterprises, claimed top honors in a field of 38 in the $10,000 Welcome Stake. “That’s my biggest win since I’ve been back,” said Georgina. “I’d like to make one more really good run at this sport. I’ve put so much time into it and I love the jumpers. That time off made me come back stronger. I want to make the horses myself. I like to develop my jumpers myself. If it takes longer to get back on the board again, so be it.”

One big influence has been Michael R. Bloomberg, the Mayor of New York City. Georgina stated, “My father taught me that if you believe in yourself and what you can accomplish, the possibilities are endless.”

Georgina and her dogs, several of them rescues.
Photo by Geoffrey Tischman

Georgina Bloomberg and Catherine Hapka have co-authored a series of young adult novels about the adventures, trials, tribulations and growing pains of junior horse show riders. The A Circuit (available in paperback, suitable for readers 12 & up) kicked off the series in May 2011, followed by My Favorite Mistake (February 2012) and in November, Off Course. The main characters are Tommi, Kate and Zara.

Working student Kate drives herself into borderline meltdown mode about everything. She’s dedicated and reliable, but wracked with anxiety. She lives for the horses and the barn provides safe haven from a bleak home life where her mother suffers from OCD. Kate has to contend with Fritz whose wealth and privilege egg on his ego as a ladies’ man. In fact, he gets a bit carried away and scares Kate badly, then does a 180, trying to be the model boyfriend. He comes very close to breaking Kate’s heart because of a horse in Off Course.

Tommi and Zara summon up “names” in the real news. Even though they might be composites, it doesn’t take the IQ of a rocket scientist to figure out that part of Tommi’s character is based on one of the authors. Tommi’s father is a big wheel in New York City finance that isn’t sure about his younger daughter’s passion for horses and desire to turn professional. When her father offers a testing business challenge in The A Circuit (book 1), Tommi steps up to the plate.

Zara, the daughter of a rock star and singer mother, acts “born to be wild” and manages to cause more than a few problems for herself and people around her. In Off Course it’s obvious that she has started to develop a conscience: how that comes about isn’t totally clear in the second or the third novel; but Zara does act a bit more human and less, well, entitled. We’re already looking forward to the fourth installment in this horsey teenaged tale. Stay tuned: Creative Artists Agency is in the process of developing a television series based on the novels.

Tagged under: georgina-bloomberg, teen books, The A Circuit 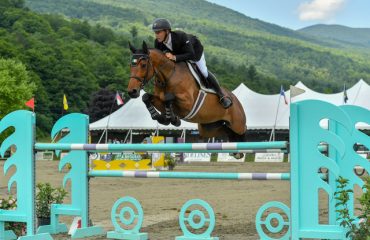 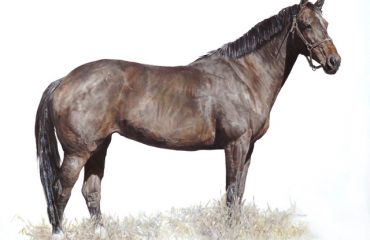 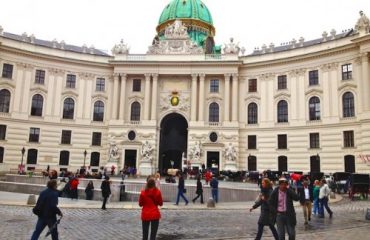