Kelsi with Consigliere and her puppy, Winnie

By Darlene Ricker with Carrie Wirth

Most kids on a family vacation in the mountains would be out in the woods making trails or finding some mischief to get into. Horse-crazy kids like Kelsi Okun would be out looking for a horse to ride, real or improvised. But Kelsi and her sister Rachel spent a good part of their 2008 vacation at the kitchen table dreaming up ideas and drawing pictures. Out of the imaginations of an 8- and a 10-year-old sprung a multimillion-dollar charitable foundation.

The organization, ThanksUSA (thanksusa.org), awards need-based college scholarships to military personnel and their families. Ten years later, it has provided nearly $13 million in scholarships to 4,500 students, and the two sisters continue to run it with a staff and a crew of volunteers.

elsie, with Consigliere, attends Stanford University, is captain of her school’s Intercollegiate Horse Shows Association (IHSA) team and an active board member of ThanksUSA.

What could spur two young girls with no connection to the military to take that on, much less think they could pull it off?

“Our parents let us dream it up and dreamed alongside us,” said Kelsi, who is now 20.

The idea took form on the Idaho trip. The sisters sketched a design for ThanksUSA’s logo with colored pencils and presented it to their parents, Deanna (whom Kelsi calls the “consummate horse show mom”) and Bob Okun. They were wholeheartedly supportive.

The sisters’ idea began as a national treasure hunt game based on American history that encouraged Americans to get involved through contributions and activities. It became ThanksUSA, which is short for “Treasure Hunt Aiding Needs of Kids and Spouses of Those Serving the United States of America.”

Kelsi’s first inkling about starting the organization came during a discussion around the family breakfast table when she was in second grade. A neighbor had just returned home severely wounded from his military service in Iraq and Afghanistan. Kelsi and her sister wondered how the family was going to be able to send their daughter, a friend of theirs, to college.

“We didn’t really know what college was, but we knew it was somewhere you went after high school and that it was important,” Kelsi said. “We wanted to help, and as young girls, the only thing we knew was school. It was the best way we could give back. People were very kind, and it snowballed into what it is today.”

ThanksUSA awards $3,000 scholarships to students for two- or four-year degree programs at universities and trade/vocational schools. Some students have received consecutive scholarships and after graduation earned a master’s degree or even a Ph.D.

The organization’s most recent initiative, Pathways for Patriots, takes the reach of ThanksUSA beyond college and graduate school. Launched two years ago to provide avenues to meaningful employment, it helps scholars establish careers in hard-to-fill occupations through mentoring, internships and employee engagement with partnering corporations.

“People picked up our mission as their platform and ran with it, which was really special. It started as a pretty good idea by two young kids, and we needed all the help we could get,” Kelsi said.

Kelsi with Consigliere and her puppy Winnie

The Drive To Do Good

Over the years Kelsi has been juggling school, horses and ThanksUSA. She’s still doing all three as a junior at Stanford University majoring in symbolic systems (a multidisciplinary program), captain of her school’s Intercollegiate Horse Shows Association (IHSA) team and an active board member of ThanksUSA.

“What has allowed me to do everything is that I love everything I’m doing,” she said. “I wasn’t pushed into anything. It’s intrinsic motivation that drove me and still does.

Her schedule was intense even in high school. The household whiteboard had detailed scheduling every day, with hour intervals for the activities of each family member. A typical day for Kelsi went something like this: 6 a.m. boot camp with the family (outdoors, even in the dark, cold Virginia winters); then to school; leave school about 1:30-2 p.m., drive an hour to the barn and ride three to six horses into the evening.

Kelsi and her mom Deanna
“I grew up with ThanksUSA,” she added. “I am who I am today because of it.”

At the same time, her riding career in hunters and equitation took on a life of its own. Kelsi was awarded 2016 Virginia Horse Shows Association (VHSA) Junior Exhibitor of the Year and won the 2016 VHSA Horsemanship Championship. For Stanford, she was 2018 IHSA Regional High Point Rider and qualified to compete in the USEF/Cacchione Cup at IHSA Nationals in Harrisburg.

“I really enjoy riding on my school’s IHSA team because it takes an individual sport and turns it into a team effort,” she said. “You develop an amazing camaraderie with your teammates. You’re riding for everyone on the team, not just for yourself.”

ThanksUSA, she says, is also a team effort. The organization has full-time and part-time staffers, along with a large network of volunteers. A team of eight to 10 people work for the organization on a daily basis.

Support also came from pro bono attorneys who helped them form a 501(c)(3) and have continued to donate their time.

In its first year, ThanksUSA got its first grant and raised $1 million. That figure (or higher) has continued to come in every year since, a substantial portion of it from fundraising events such as golf and tennis tournaments on both coasts.

The support is crucial for recipients of ThanksUSA scholarships, who are at a turning point in their lives, Kelsi said. “College is when you need the most support and financial freedom to make the decisions that will impact the rest of your life. 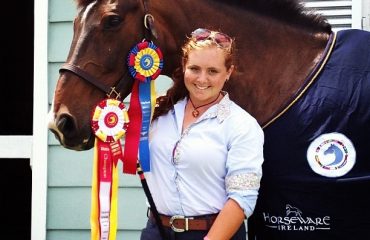 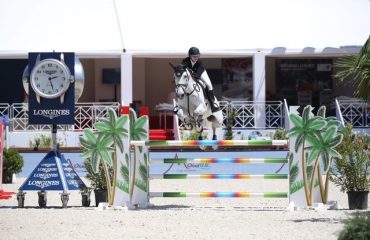 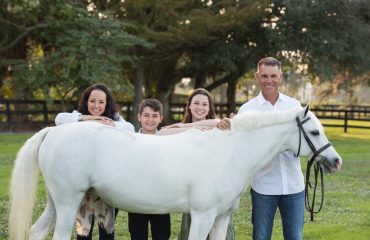