Despite its size, Hendersonville is a “don’t-miss” when visiting either Tryon or Asheville, North Carolina, both a short drive away. What the town may lack in area or population, it more than makes up for in charm and attractions. Hendersonville’s historic Main Street has everything from museums and historic buildings to toy stores, jewelry stores, florists and plenty of other unique shops to keep anyone occupied for hours — or at least until your dinner reservation at Never Blue, the restaurant that’s reason in itself to visit Hendersonville and a culinary experience of a lifetime.

Chef Jesse Roque in front of her Never Blue restaurant in Hendersonville, North Carolina, a short drive from the Tryon International Equestrian Center.

It was the beauty and charm of the Hendersonville area that drew Chef Jesse Roque there and inspired her to open a café. She grew up learning to cook in Tampa, Florida, pursuing her passion for food at culinary school and with internships at famed hotels and restaurants. She was apprentice to “Rock n’ Roll Chef” Kerry Simon at Mercury in South Beach, Florida, and became executive pastry chef at the AAA Four Diamond Charleston Grille of Charleston Place Hotel under Bob Waggoner. Jesse opened Ya Ya’s Euro Bistro locations in Memphis, Tennessee, and St. Louis, Missouri, but all the accolades of world-famous chefs and acclaimed restaurants seem to pale in comparison to the success, love and genuineness of Never Blue’s heartfelt and family-driven venture.

“Around 10 years ago, my mom wanted a change so she packed up and moved from Florida to Hendersonville,” Chef Jesse shared. “I came up to visit her and fell in love with the area.” Her mother, Pam Cosner, is a talented artist with a penchant for painting wildlife. So the idea for Never Blue started as a café and art gallery, named after the street Pam lived on.

“When we saw this space on Main Street, we thought it would make a great café,” Jesse said. “I called my boyfriend, now husband, Edson, and asked if he’d move with me to Hendersonville so we could open a café/bakery and art gallery with Mom.” Never Blue opened in February 2008 after a year of remodeling.

Pam’s artwork is a big part of the Never Blue atmosphere. “She’s crazy talented,” Jesse said about her mother. “She freehanded the koi fish tile work on our bar, and the paintings, stained glass work and clay sculpture pieces are all hers. On Fridays and Saturdays, she’s here making her rounds talking to guests. She’s part of the Never Blue experience on the weekends.” Pam’s paintings on display in the restaurant sell quickly — especially her horse paintings, reminiscent of Jesse’s childhood riding.

As Never Blue has grown, so has the Roque family. Edson and Jesse have two daughters, Violet and Lily Jo. “Never Blue is a part of our family,” Jesse said. “Edson is co-chef and is in the kitchen every day. I homeschool our girls on Mondays and Tuesdays, and most days, they’re at the restaurant with us. I was pregnant with Violet when we were remodeling the space, and Lily Jo came close behind. My girls have grown up here.”

When asked how she balances life as a chef and as a mother, Jesse responded, “A chef and mom is just who I am. My girls have grown up around food and respect how it’s grown and sourced. They know how to forage for wild edibles, take care of our family chickens that lay eggs for the restaurant, and know how to pickle and can seasonal produce.”

At their home, Moon Forest Farm, the Roques grow vegetables and unique herbs for Never Blue, in addition to producing all of the restaurant’s eggs. Jesse’s belief in growing and sourcing local products helped her win Chef of the Year at the North Carolina Restaurant and Lodging Association Chef Showdown in 2016, in which she produced a dish made entirely from North Carolina ingredients: Candied Peach–Whole Grain Mustard Glazed Pork Cheek Tostada with Fried Okra Shavings, Pickled Queso Blanco-Sweet Corn Relish and a Dandelion–Quelites Green Goddess Cream.

The Never Blue menu consists of equally tantalizing dishes. “Over the last nine years, the restaurant has grown from a café to a globally inspired tapas restaurant influenced by the Cuban, Filipino and Greek flavors of my childhood in Florida,” said Jesse. “My husband Edson’s Mexican heritage is also a huge influence on the menu at Never Blue.”

Though the menu changes at least twice a year, the quality, freshness and passion behind each dish never does. “The atmosphere is great and the food is spectacular,” said Sidelines Editor Jan Westmark of her visit to Never Blue. “The Shrimp & Grits were amazing, and the Devils on Horseback made me want to cry, they were so good!”

The Never Blue take on Shrimp & Grits is gulf shrimp with rainbow peppers, scallions, spicy tasso ham cream sauce, smoked gouda-sour cream grits and fried okra. The Devils on Horseback are a fine-tuned version of the traditional: marcona almonds and medjool dates wrapped in house-cured sorghum bacon with goat cheese, mango blossom honey and a marcona almond dust. Both classics are on the permanent tapas menu alongside other dishes, many that outperform their common names such as Beans & Rice (turmeric basmati rice, Cuban-style black beans, chipotle ranchero, scallions and crisp corn tortillas).

Chef Jesse talks to a customer under a horse painting by Jesse’s mom and resident artist Pam Cosner.

For Chef Jesse, the bright future of her young family and thriving restaurant is just the icing on the cake. She doesn’t get caught up with ambition and plans for the future, but instead chooses to stop and smell the roses — or rather, tapas — enjoying the moment and savoring every bite. “Never Blue has become a favorite of the Western North Carolina community,” she said. “Our customers are a part of our restaurant family. We’ve thrown around opening a taco truck or a second location, but who knows what the future holds.” 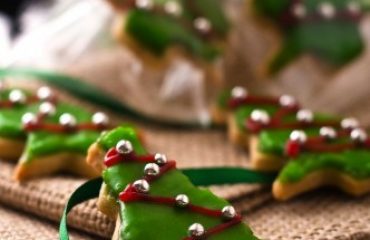 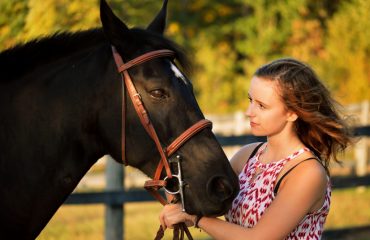 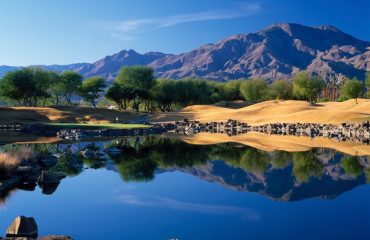