Scott Stewart is better than good:  he’s great.  In light of his ability to win classes, divisions and grand championships with young greenies as well as veteran show hunters, the term ‘masterly finesse’ pretty much describes his expertise as a rider and trainer.  Then there’s the undeniable fact that he loves his horses and goes about their training according to their individual needs.  The big picture includes boyish All-American looks that belie the years of hard work that have made Scott a consistent winner at some of the most prestigious shows on the A circuit.

“I grew up in Norwalk (CT), I basically did pony club, some eventing and dressage, just locally until I was about 14 or 15 and then my first real trainer was Bill Ellis,” recalls Scott.  “I was a working student with him and did the equitation and Medal Maclays – I made the finals in 1981 and 1982.  My focus as a junior was equitation.”

He thought he was headed towards the jumpers even during the years he did equitation, but his first professional job took him to the Ox Ridge Hunt Club (Darien, CT), conveniently about 10 minutes from where he lived.

“I worked there for 12 years – from 1984, I believe – and I got to work with George Morris, so I had lessons with him, as well as with Bill Steinkraus,” explains Scott.  “I did a little bit of jumpers, but I got much more into teaching.  At that point in time we had about a dozen Medal kids, who did equitation and qualified for indoors.  So, early on it was equitation and as the kids grew up we merged into doing hunters.”

Scott’s show record stands as a powerful testimony to his upbringing as a horseman as well as his innate ability to bring out the best in a horse or rider.  In 2010 at Capitol Challenge (MD), he won his fourth Professional World Champion Hunter Rider Final.  “I’m the first one to win it four times, so that was exciting,” he says.  He also earned accolades, including his second time as the Chronicle of the Horse’s Show Hunter Horseman of the Year.  In 2010 and 2011 he won numerous championships and reserves at WEF.

Scott was totally pleased to be Devon Horse Show’s Leading Hunter Rider for the 9th year in a row – “I’ve won it 12 or 13 times overall” – and just as thrilled that Victoria “Tori” Colvin, 13, earned Best Child Rider with his small junior hunter, Ovation, as well as with Sanzibar, Ovation, Touchdown, and VIP Z:  “She’s a natural talent, one of the best, and she has devoted her life to it, and her parents have too.”

Being taken under the equestrian wings of rider/trainers such as Scott Stewart and his partner Ken Berkley might be every pony crazy kid’s dream, but Tori’s in good company when it comes to hard work and long hours in the saddle.  As Scott says, “We all love the showing.”

That’s a good thing, because from Devon they traveled to Upperville Colt & Horse Show (VA) where Scott piloted Empire, owned by Becky Gochman, to top honors in Green Conformation Hunters and the Grand Hunter Championship, and yet another Leading Hunter Rider title.  As trainer, he garnered seven championships and six reserves, which included riding Reality (Alexa and Krista Weisman) and Dedication (Fashion Farm) to tri-colors in First Year Green Working Hunters, and his own Touchdown to the Regular Conformation Working Hunter championship.

“Upperville is definitely one of our favorite shows, and with the upgraded footing that’s definitely an attraction for riders to know that the footing’s going to be consistent,” says Scott.

Adding to Scott’s cachet as trainer and rider, there’s his eye for the ideal hunter and the young prospects he develops into first-class hunters.  He admits to favoring “Warmbloods that lean more to the Thoroughbred type and look more like your classic type of hunter, not the heavier Warmblood.”

In fact, his string of show horses has become a recognizable ‘brand,’ so to speak, and some people claim that they can pick out a Scott Stewart hunter just by the way it looks and moves.  Adult amateur hunter rider Jane Gaston, who is enjoying great success with her Lumiere, said that when she’s looking to buy a show hunter, she asks herself if Scott Stewart would like the horse.

Scott and Ken headquarter their hunter-jumper enterprises at River’s Edge Farm (NJ), where the architecturally superb facility showcases their combined talents.  Ken, in addition to being a winning grand prix jumper rider, is also a hunter rider of some renown.

“When I got injured a few years back, Ken took over my rides – he could be one of the top hunter riders in the country, because he can do the hunters as well as he does the jumpers,” says Scott.

They bounce ideas, technique and strategy off each other and probably argue now and then about the future of a horse.  But there was no dispute when it came to launching a new career for one of Ken’s grand prix-winning jumpers after the horse survived a spinal cord infection. Carlos Boy became Scott’s newest partner for the Hunter Derbies and placed second his first time out at the Saratoga Classic (NY).

“Carlos Boy is great,” says Scott.  “He feels great, too, and he won the Hunter Derby at Lake Placid (I Love New York Horse Show in July) – he’s a very smart and intelligent horse.  He just knows what you’re thinking all the time.”

In terms of their schedule, Scott isn’t into running from venue to venue. He says he might show at five or six in Florida.  They hit the road for Kentucky to spend one or two weeks at the Horse Park, then Devon, Upperville, Saratoga, and Lake Placid for two weeks.  After that there’s a break – Scott and Ken are off to Europe to travel and look a horse or two here and there – and he doesn’t show again until Hampton Classic.

“We don’t do as many shows as most people and we try to select the horse shows and focus on the best one for the horses,” says Scott.  “We don’t go from one show to the next. The horses don’t need to show like that.  When we get to the horse show, we want our horses fully prepared and really have a nice competitive horse show.”

What advice does he have for hunter riders in general based on what he sees at shows?  His answer was surprising in its candor:  to do your schooling at home and then do as little as possible once you’re on the grounds.

“I think that works best – you don’t want to waste your horse in the schooling ring,” says Scott.  “At the show, just jump a few jumps and get him into the ring.  I think there’s a lot to be said for doing your training at home so that when you get to the show, you’re ready.   Don’t waste a thousand jumps in the schooling or warm-up classes.  Just get your horse ready and get in the ring.” 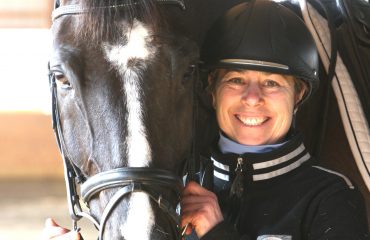 Miracle on the Centerline 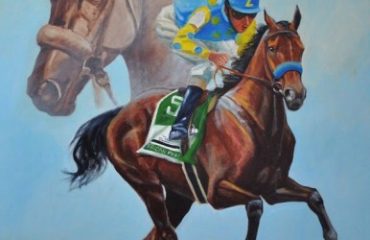 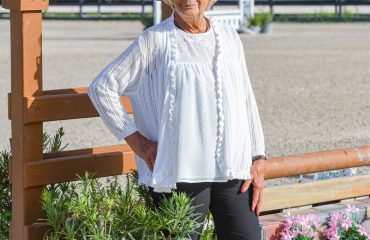