It only took one ride on a Clydesdale for Christine Hajek to fall in love with draft horses, and one trip to a local auction to realize how many were in need of help. Since then, she’s dedicated her life to rescuing as many draft horses she can.

What started as buying one draft horse at a time to rehab, retrain and rehome became a charitable organization in 2005. This year, Gentle Giants Draft Horse Rescue celebrates 15 years and 1,000 horses adopted from their farm in Mount Airy, Maryland — and that’s just horses they’ve rehomed. In addition to successful adoptions, Christine and her team are changing the lives of horses through their sanctuary farm, education and combatting the horse slaughter industry.

Christine was 4 and still living in the city when she started begging for her first pony. At 6, she got it. Her family moved to a small horse farm where her mother bred Thoroughbreds to warmblood stallions, and Christine grew up pleasure riding on her childhood pony. But as a teen, Christine was more interested in having a car and going out with friends than in horses. She left her connection to horses at home when she left after school, until one pivotal night when she was 28.

“I had a dream, and in the dream I was riding,” Christine said. “When I woke up, I told my at-the-time-boyfriend, who is now my husband, ‘I had a dream I was riding last night and I absolutely loved it. Do you think it would be alright if I got a horse? I could probably keep it at my mom’s.’ And it was one of those mornings where he wasn’t actually listening to me, so he said, ‘Uh huh,’ and it started that quickly.”

Since she hadn’t been in the saddle for years, Christine first did “one sensible thing” and started taking group lessons at a local barn. One night when another student insisted riding on her regular horse, Christine got bumped to a Clydesdale. “I took my first-ever ride on a draft horse, and that was the moment,” she said. “It changed everything.”

Christine remembers being on a towering horse with a rocking horse canter and having others in the lesson zoom past her at the trot. She loved the feeling of sitting up so high and having a massive ribcage beneath her. Years later when she went back to visit that Clydesdale, she discovered him to be only 15.3-hands. “But in my mind that night that I rode him, he was the biggest horse in the world and that one ride started it all,” she said. “It turned me on to draft horses and drew my attention to them.”

The first draft she owned was a Percheron — who got kicked out of her mother’s barn for bad behavior. While boarding her Percheron at a self-care facility, Christine attended a local auction to pick up some cheap barn supplies and a “cute Belgian” caught her eye. “I really hesitated because growing up in the horse world, my mother had always imparted that the auctions were where horses with behavioral problems go — that good horses don’t go to auction,” Christine said.

But she couldn’t let go. She maxed out her $600 credit limit and bought the horse who prompted the foundation of Gentle Giants.

After paying for her new horse, Christine went to his stall and found the seller, a teary-eyed young man, untacking. “I said, ‘I’m really sorry you had to sell your friend,’ and he said, ‘Oh no, I’m not sorry I had to sell this horse — I bought him to resell. I’m just sad that he went to the meat men.’ I said, ‘What?’ He said, ‘Yeah, he sold to meat.’ I said, ‘Well one, I bought him. And two, what are you talking about?’”

The man was relieved to hear she had bought the horse, but gave her a nutshell education on the horse meat industry and why he thought his horse had sold to slaughter. “Despite the fact that I was 28 years old and had been involved with horses my whole entire life, I had no idea what he was talking in regard to horse slaughter,” Christine said. “It was such a wake-up call. My head was spinning; I had no idea. I felt so foolish that all those years I really didn’t know.”

The Belgian she bought at the auction, called Elijah, ended up being everything Christine’s very expensive Percheron was not. “He was wonderful and gentle; he taught tons of people how to ride, lived a fabulous life and woke in me the thought that if a horse as good as him could be at the auction, then there are more,” she said.

It began with just one horse at a time: using her eye for a good, gentle horse to rescue a draft from auction, ride it for a few months, find it a new home, then roll the money from the sale into purchasing the next rescue. Soon, she had two or three rescue horses available at any given time and knew things needed to change. In 2005, Gentle Giants Draft Horse Rescue was officially born.

Gentle Giants now encompasses a total of 300 acres on its two farms: a main farm where horses are rehabbed and retrained and then put up for adoption, and a sanctuary property just six miles down the road. There are currently 45 horses that live at the sanctuary, most of which are unlikely to be adopted even as companion animals because they have multiple serious issues. As long as they’re able to enjoy a good quality of life, Gentle Giants gives the horses a comfortable, forever home.

Thanks to some generous donors who included them in their estate planning, Gentle Giants was able to purchase a neighboring 50 acres. Gentle Giants is completely donation-driven and relies on donors across the country, but they prove that a little goes a long way: Their average donor gives at the $30 level. In addition to developing the 50 acres, Gentle Giants hopes someday to open a canker hospital barn — a hoof condition common to drafts —  to treat any draft horse in need, and to expand further than their current reach.

“I think we’re doing a really good job of intercepting horses that are on the eastern seaboard: the smaller auctions are all funneling into New Holland, and there are typically five or six kill buyers there at that sale,” Christine said. “But the same thing is happening at Sugarcreek, Ohio, and we’re not there. The same thing is happening in Fallon, Nevada, and we’re not there. We’ve been looking at how we can branch out so we can help even more horses.

Like other reputable horse rescues no matter the breed, Gentle Giants is focused on outbidding kill buyers at auction in order not just to help individual horses but to put an end to the industry. It’s that kind of rescue that Christine says people need to support — not online individuals that threaten a horse will go to slaughter if not adopted and ship the horse off sight-unseen.

“Most of these people are brokers, horse dealers who have found a really efficient way to sell horses without having to deal with buyers. Super easy money,” Christine warned.

In spite of these online schemes, there has been incredible progress: Christine says horses shipping out to slaughter is down to under 150,000 from half a million in the ’80s, thanks to education both in the U.S. and of European meat buyers. Those who have the ability to help horses and turn to online brokers simply need to be pointed to rescues like Gentle Giants.

“The positive side of it, though, is that it does show you how many people in this country have enormous hearts,” Christine concluded. “They really do want to help, and they really want to change this.”

Photos by Gilbert B. Hammer, gilbertbhammer.com 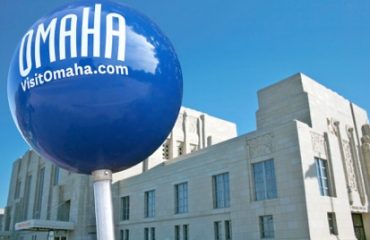 Jump Into Omaha Fun With These 10 Tips 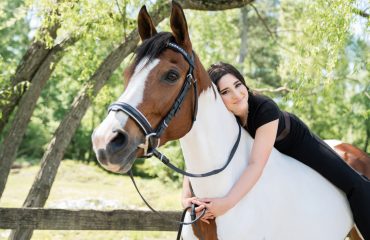 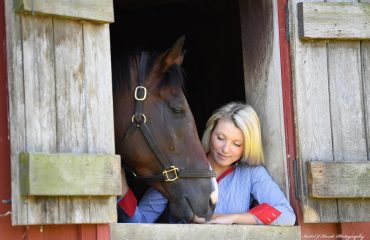