In many ways, our April issue takes us back to our roots: polo! As our loyal (read older) readers know, Sidelines began as a polo tabloid, gradually evolving toward the other disciplines, and then discovering the majority of our readers were hunter/jumper or dressage folk.  Who woulda guessed?But once a year, around Open time (that’s the USPA Open to you non poloistas) we get to revisit the sport in a bit more depth. Our new polo writer, Danika Rice introduces us to the family affair that is polo. There are several combos of brothers playing in this year’s Open: Pieres, Mannix, Novillo Astradas are all fielding brothers, with a cousin thrown in here or there for good measure. Polo dynasties have long been a part of the game, and it’s fun to see the tradition continuing.

Danika caught up with Jason Crowder, whose father Steve is quite the character out there on the other Coast, and Jason is definitely following in his footsteps – at least as far as talent on the field is concerned.

Erin Gilmore interviewed Weston Gracida, whose father Ruben and cousins Julio, Memo and Carlos make up another polo dynasty, and learned he’s a young man very comfortable in his own right. Then, Erin wrote about one of polo’s finest ponies, La Fortuna, a gelding “sold” for a penny and a kiss.

And on the subject of horses, don’t miss Lauren Giannini’s second part of her For the Love of Horses series. This time, the topic is recycling and training. OTTBs have always been my first choice, and I am personally delighted that there seems to be a movement toward repurposing these amazing horses for second careers.

Samantha Schaefer is a junior who has been making a name for herself, and Jan Westmark introduces us to this teen phenom. She also visited with Kayla Patregnani and the mother daughter team of Angela and Megan Millon… and then interviewed dressage rider Sean Cunningham. Our Jan does get around!

There’s more to read, of course: Equine Law, Sport Psychology, My Line, Juniorside columns, and some fun stories I didn’t mention, just so you can find them for yourselves.

So till next time… enjoy.

Letters to the Editor

I write to correct an error in the March 18th edition of your magazine.  It is in Lauren Giannini’s article written about my joint Master, Nigel Peel. In it she mentions my husband, Brad Hooker, and  me. Unfortunately it shows my name as Janie Hooker. This is incorrect, I am “Jamie” Hooker.

A similar mistake was made recently in Horse & Hound magazine, for which they have apologized profusely.

All public records, eg: Baily’s Hunting Directory and the UK MFHA directory of Hunts shows my name correctly, perhaps a quick check in either of these places would have prevented the error. Thank you for taking note should an article about the North Cotswold Hounds or an article about the interesting connection between the North Cotswold Hounds and the Hillsboro Hounds appear again in your magazine.

For the Love of Horses

I want to highly praise Ms. Giannini on her article “For the Love of Horses” in the February issue of Sidelines. It was extremely well researched and written, and was also thoughtful and realistic. She was compassionate but avoided all the emotional hyperbole that so often taints such articles (Like the one that followed on the so-called PMU horses). I am making it mandatory reading for my students. I wish there were more such articles written like this one-maybe then we would really get some headway made on reducing the unwanted horse issues!

I read “For The Love of Horses” in your February issue and tried to put emotion aside as you suggested, but unfortunately I can’t. To me a more appropriate title for the article would have been “For The Love of Money”. At what point did Sidelines become pro-slaughter? I have been reading your magazine for years, ever since it was free with my USPA membership and this article was a shock.

Presenting an opinion is one thing but presenting this article as a “Special Feature” was offensive to me. And I am very disappointed in Sidelines for printing pro-slaughter material from the United Horsemen. I encourage you to do some research about this group, its members and motivations before presenting their solutions as viable alternatives for Unwanted Horses. Presenting them as part of an article entitled “For the Love of Horses” along side a “Needy Nags” column with an ad for a horse rescue on the same page was wrong in so many ways.

Ms. Giannini stated that “To an already struggling horse owner, even calling in the vet to do the deed is expensive.” Describing Humane Euthanasia by a vet as “doing the deed” was a clear indication to me of where her article was going. Why use language that trivializes an extremely painful event for any horse owner? This article was blatantly pro-slaughter.

If I didn’t have $150 saved for a horse emergency, then I shouldn’t have a horse to begin with. What would I do if my horse broke its leg? Let it suffer; die on its own because it couldn’t get up?

I’ve got news for you. Someone who would do that is also the same person that would starve “Twiggy”. Her condition was not about money, it was about her owner’s lack of empathy for the suffering of an animal. And that kind of a person doesn’t miraculously appear because of the economy. Presenting “Twiggy” as an example of a horse who was saved from starvation due to the economy, as one of the “lucky ones”, was in my opinion an attempt to mislead.

I guess I’m part of the problem according to your article. I am not willing to accept the reopening of any slaughterhouse’s for horses in this country. Not in my country. If people in other countries would like to eat horse meat let them eat their horses, raised in their back yards, not mine.

But like many responsible horse owners I could be part of a solution, just ask. I would pay higher fees to register my horses and belong to horse organizations if that money could be used for Humane Euthanasia for horse owners genuinely  in need. And for sure I will continue to care for every horse I own until the day it dies.

I guess that makes me a “horse owner” instead of a “livestock owner”.  Who is Sidelines writing this magazine for? Maybe it’s not for people like me anymore.

Slaughter of horses is a fact of life. It isn’t something to be taken lightly, and it has many ugly truths around it. Horses are being shipped daily to Mexico and Canada where they are slaughtered, and the meat sent to various other countries where it is consumed. For many of us, this is about as appealing as eating dogs or house cats, but there you are.

I personally believe it is better to have local slaughter houses that will process horses here under USDA supervision, than have the untold thousands of horses shipped out of this country in appalling conditions to meet their fates after days or weeks on the road.  Better to France on the hook than Mexico on the hoof. The “not in my backyard” sentiment is causing suffering for untold thousands of unlucky horses who make that horrible, one-way trip to Mexico or Canada.

To say it is responsible to take care of our own horses’ end of life is a given. To recognize not every horse owner shares these feelings of responsibility is also a given. All we are trying to do is present the story about what IS happening without humane slaughter houses in this country.  Playing ostrich and moving slaughter houses outside of the United States has only made the suffering all the greater for the unfortunate horses that are on this path.

So is Sidelines pro-slaughter for having published this story? I prefer to say we are pro-horse, and would like to see as much suffering as possible mitigated for the horses whose sad destiny has put them on that path.

As a reader, I am sure you are aware of our Second Chances series, and our Needy Nags.  We actively promote re-cycling, re-training and re-homing horses whose first careers have ended. Lauren Giannini’s second part to the Unwanted Horses series appears in this issue.  We are very much in favor of providing a venue for rescues to advertise available horses through our Needy Nags column, and in fact have had many horses placed in forever homes as a result of appearing in Sidelines. 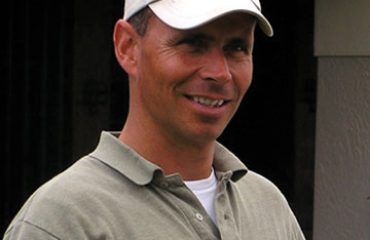 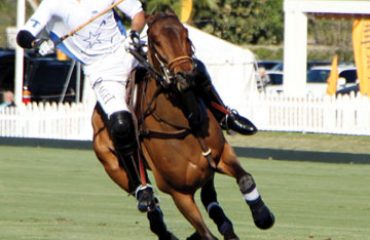