Polo as a collegiate sport at USC Aiken?  Count on it!  The United States Polo Association has granted collegiate club status to USCA Aiken’s new polo initiative.  Craig Fraser was picked for team coach and club manager and since he was a collegiate all-star, who played on two NCAA championship teams at Texas A&M, he knows the game from all sides. Craig was also a member of the Zambian national team, making the squad at age15 and playing as a part of the roster for six years.

The Gay Polo League is back for a third year in Wellington, Florida.  The GPL Tournament will take place April 14th at the Grand Champions Polo Club at the corner ofLake Worth Road andSouth Shore Boulevard.  The tournament will field four teams, each of which is to be comprised of GPL players and anchored by a high-goal professional.  Don’t miss it – another wild festive weekend.

Steve Williams is promoting The Player’s Club big Sunday night parties this season.  Steve kicked off the season with a surprise 30th birthday party for USET Grand Prix jumping rider and daughter of Lynn Little, Marilyn Little-Meredith. All of Wellington’s hot young equestrians were on the guest list.

Three members of Team USPA will be playing their inaugural high goal season at the International Polo Club at Palm Beach.  Mason Wroe will join Gillian Johnston’s Bendabout team, Nick Snow will play on Bob Daniel’s Pony Express Team and Jake Stimmel will join the Mannix brothers’ team, The Hawks.  Carlos Galindo and Steve Kreuger will also be playing in the IPC 12 and 14 goal leagues, so be on the lookout for all our young American talent during the 2012 season.

Also making his high goal debut in 2012, Jeff Hildebrand ofHouston,Texas, will take his Tonkawa Farms team to IPC for the first time to try his hand at the winter polo scene inFlorida.  Good luck Jeff!

Audi took home the Snow Polo World Championship title for the third consecutive year in Aspen, Colorado.  Yvette Biddle, who was in attendance with husband Tommy, said it was as always a great event, with plenty of polo, skiing and fun for everyone!

There’s a new restaurant in Hotel Aiken – Chaugan, which means polo mallet in India – is serving (surprise!) Indian food and yummy, too.  Now you can go from the Polo Bar to dinner without ever leaving the hotel.

Bumps and bruises:  Polo player Rick Fine is on the mend after heart valve surgery in November.  We wish him a speedy recovery and hope to see him back on the playing fields in Aiken andMaryland this coming season!

Fellow Team USPA member Carlos Galindo also proposed (the same week actually!) to girlfriend and former UCONN player Meaghan Scanlon.  No word on when the date will be yet.

Port Mayaca Polo Club hosted the Holiday Family Tournament in honor of an admirable American player from days past:  Dr Billy Linfoot.  Billy was a veterinarian and a 9 goal American player.  He served in WWII both as a soldier in the army and as a veterinarian for the US Cavalry. He was also one of the first “natural horseman”, giving demonstrations and clinics with wild horses beginning in the 1940s.  Doc was a great supporter of kids playing polo and the Linfoot Memorial Kids Tournament has been held at the Santa Barbara Polo Club for over 15 years.  Doc was the first American to ever win the Argentine Open, replacing the injured Alberto Heguy in 1966.  Billy Linfoot was inducted into the Polo Hall of Fame in 1994.

The 23rd Annual Hall of Fame Dinner and Awards Gala is set to take place on Friday, February 17th at the Museum of Polo and Hall of Fame, so mark it on your calendars now and make your reservations early.  It is sure to be another fantastic evening honoring the latest inductees who will join the many distinguished individuals in the Polo Hall of Fame.  The Board of Directors of theMuseum ofPolo and Hall of Fame is proud to announce the pending induction of:

Tickets are $200.00 each (tax deductible portion $100.00).  The Hall of Fame Awards Dinner and Silent Auction is the most important fundraising event for the Museum each year, so we hope you will help support your Museum – it is a 501(c )3, not-for-profit organization.  We would also welcome Silent Auction Items if you have something you would like to donate. 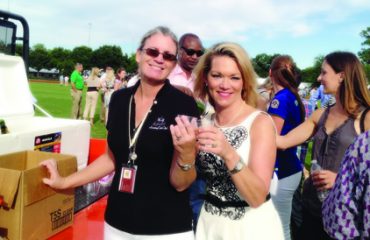 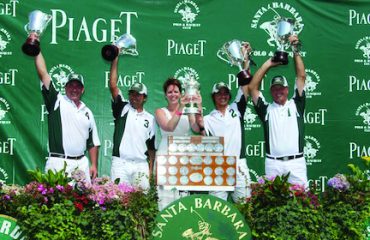 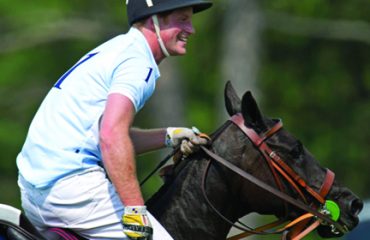