Catching up:  What a fun idea:  Clint Nangle is the brainchild behind Overbrook Polo Club along with the Masters of Aiken Hounds, Why Worry Hounds and Whiskey Road Foxhounds all getting together to put on the Tallyho Cup, a unique polo event for hunt members playing polo on their foxhunters.  No polo experience necessary!  Clint tells us that again this year, games will be played at a level suitable for foxhunters (two and four-legged).  Only horses who have hunted are eligible for the ‘Best Playing Foxhunter’ trophy.

Fashion Icon, Cornelia Guest participated in the coin toss ceremony at the International Polo Club Palm Beach for the final match between Audi and Piaget in the Ylvisaker Cup.  “We are really excited to have Cornelia Guest at IPC.  She was the inspiration for our fashion spread in the 2012 edition of POLO magazine,” said Analisa Muti, who works in Marketing and Sponsorship at IPC.

And a word from Eldorado:  We were wrong!!  Jan Hart, General Manager of Eldorado recently and gently corrected us for an inaccurate report of a virus in California.  Here’s what she had to say:  “I am writing with regard to a piece written on Page 118 under ASIDES in the March Edition.  In the second paragraph, it states, and I quote, “Apparently the virus was brought in by horses at the rodeo grounds at Eldorado.  It is airborne and most games and activities have been cancelled.”  This is not factual.  One statement was correct, one of Domingo Questal’s horses died (actually was euthanized) from the virus.  Domingo’s horse was stabling at Empire Polo Club, where the virus originated, not Eldorado Polo Club.  Eldorado was placed under quarantine due to our close proximity to Empire.  Further, there are no “rodeo grounds” at Eldorado Polo Club.  We are strictly a Polo Club and endeavor to ensure the sport of Polo is held to its highest standards.  While under quarantine, we strictly abided by all recommendations from the California State Veterinarian and no further out-breaks were experienced, therefore, the State Vet lifted the 21 day quarantine on schedule and we are again playing polo.

Again, we enjoy Sidelines and wish you continued success.

We regret the error.

Shane Rice is on a roll in Sarasota…….three Best Playing Pony awards, and all different horses……..so what did he do??  Gave the whole string of them to his girlfriend Nicole Stringer to play her first ever polo tournament!

The Busch family continues its legacy within the sport of polo with another generation of both players and horse trainers.  Andy Busch, Jr. is now playing alongside his father in Santa Barbara, CA as part of the Grants Farm Polo Team, while Adolphus Busch’s daughter Allie is currently residing inWellington,Florida and has begun a training business with a string of young polo horses.

Due to the increased demand for tailgate spots at the International Gay Polo Tournament, we’re told that tailgating will be available on both sides of the field this year.  Hospitality tents will be open to the public on both sides of the field as well, offering food and drink from Wellington’s Kontiki Restaurant.  The best tailgates spots are on a first-come-first-serve basis.  To ensure the best spot, call (560) 753-3389 or go to http://gaypolotournament.blog.com/tickets/ now and order your tickets. Get a head start on your tailgate theme and go for first prize, a gift basket from Gracie Street Interior Design.

Bumps and Bruises:  Hunter Andras will sit out the Houston Polo Club spring season with a torn ACL.  The Central Region Interscholastic Tournament proved eventful in the Bumps and Bruises department for both Casey Woodfin (who tore off his toenail!) and eventual Region Champion Russell Stimmel, who didn’t manage to turn quite as quickly as his horse did at the wall! 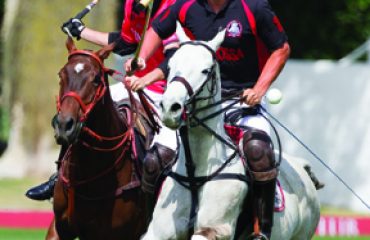 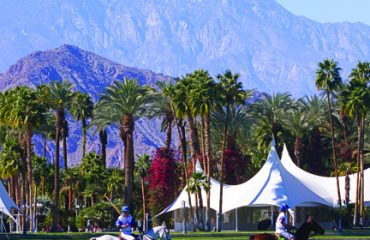