Lexington, KY – May 22, 2012 – ay 22, 2012 – The Kentucky Spring Horse Shows proved to be hugely successful for young rider Abigail McArdle of Barrington Hills, IL, who dominated the High Junior Jumper division with her eight-year-old mare Cosma 20. The unstoppable duo captured the division’s championship award during the competition’s two consecutive weeks, and also won each of the $10,000 High Junior Jumper Classics. 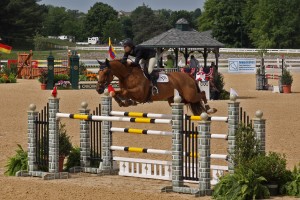 Abigail McArdle and Cosma 20 won the High Junior Jumper Championship during both weeks of the Kentucky Spring Horse Shows. (Photo by Rebecca Walton/PMG)

McArdle was thrilled with her new mount’s performance and commented, “It’s one thing to win a Junior Jumper class, but I think it takes it to a whole new level to be that consistent at that level on a new horse. I am really lucky, Cosma 20 is so talented and went clear in every first round that we jumped. She’s only eight, and I have really big hopes for her in the future.”

McArdle and Cosma 20 have only been paired together since the middle of the Winter Equestrian Festival, and although they are still getting to know each other, they have proven to be quite the winning combination. “Cosma 20 is kind of a hot mare,” explained McArdle. “She’s super special, super careful, I am just trying to learn what she likes. She’s got a great front end and it’s nice to have one that’s hot and has a big step, but is also very rideable and adjustable.”

During the Kentucky Spring Horse Show, McArdle also found success in the equitation ring with Apartico. The pair earned the top call in the WIHS Equitation Jumper Phase with a score of 87, and also placed second in the Platinum Performance/USEF Show Jumping Talent Search.

“Apartico is really the opposite of my jumper, and it is really nice for me to have such a different ride; it’s good practice,” expressed McArdle. “He’s a big, slow going horse with a giant stride. It really helps to slow down my processes from the jumper ring, because you have to be very specific and precise in the equitation.”

With the help of Henri and Katie Prudent in the jumper arena, and Frank Madden in the equitation, McArdle feels confident as she prepares to compete at Devon following her winning streak. “It feels absolutely great to go into Devon after such a successful two weeks in Kentucky,” she concluded. “I am super excited, Devon is a great show, and I know it’s going to be fun. During the first week of Kentucky there was a really big crowd because of the Observation Events, so I think that helped prepare us for the crowds that will be at Devon.”

The Devon Horse Show will be held in Devon, PA, from May 24-June 3, 2012. McArdle and her talented mounts will then travel to Spruce Meadows in Calgary, Alberta, where they will gain international experience against the best in the world. 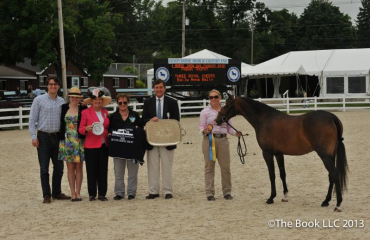 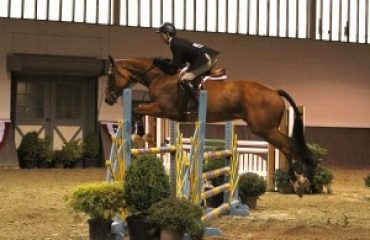 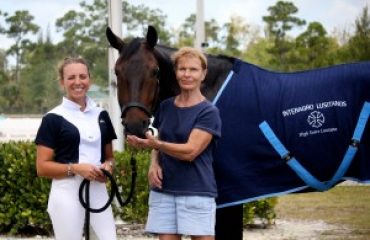