Wellington- July 14, 2012- After earning some great prizes in the Adult Amateur Jumper Over 40 division at week one at Lake Placid, Alison Finger and her big grey gelding, Tuvalu, “Blue”, delivered the goods to earn the championship in week two, the I Love New York Show. 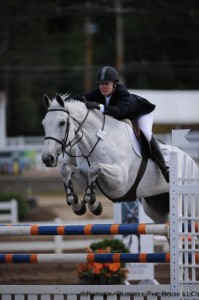 Alison Finger and Tuvalu (Photo by Parker/Russell The Book LLC)

“I think it just came together for us during week two in Lake Placid.  Blue was really in a great place and so was I-I was taking a work break and spent ten days in Lake Placid. It was really wonderful to ride and be with my horse every day, ” said Finger, who juggles a busy career, family, riding and showing.

“Blue always tries so hard for me, but he can be complicated.  He can be bouncy or low energy, and he can get tense at times-especially in the schooling ring,” she shared.  “We are constantly working to have him relaxed but energized and up in front of the leg.”

Finger, who has been training with Peter Leone at Lionshare Farm for many years, says that each year she learns more and more.

“If I deliver the plan Peter and I worked out, that usually brings some success. In the first class I made some mistakes in the first round and Blue really compensated for me to jump clear,” explained Finger.  “I was preparing to start my jump off and was thinking of how I’d messed up.  Peter said, ‘Go have some fun,’ and I thought, of course he’s right… let’s go!  And Blue and I went and had a lot of fun- and were fast.  I thought about this every time I went in the ring after that.”

The Lionshare Farm team had great successes during the Lake Placid Shows. Matti Fisher and her Rothko earned the judges nod to win the under saddle class in the Adult Amateur 18-35 Hunters and had great prizes over fences during both weeks of the show.

Peter Leone and My Pleasure placed in 1.35m Open Jumper and the 1.40m Speed Challenge during week one. In week two, the pair earned a ribbon in the 1.45m Open Jumper Stake. Cosmopolitan and Leone garnered good prizes in the 1.40m both weeks. Palio, owned by the Palio Group and Leone demonstrated their great talent and placed in the 1.35m and the 1.30m Jumpers. Leone piloted Lionshare Farm’s Wayfarer to a position on the leader board of the 1.30m Jumpers during week one at Lake Placid.

Peter Leone is an Olympic equestrian, trainer, producer of hunter/jumper instructional DVDs and author. He owns and operates Lionshare Farm in Greenwich, CT. His clients successfully compete in the pony, equitation, hunter and jumper divisions. He is one of three brothers, internationally known as Team Leone, for their success in the show ring. Leone was a member of the 1996 Silver Medal United States Olympic Show Jumping Team and winner of numerous national and international Grand-Prix show jumping competitions.

For more information about Peter Leone and Lionshare Farm go to: http://www.lionsharefarm.com/ 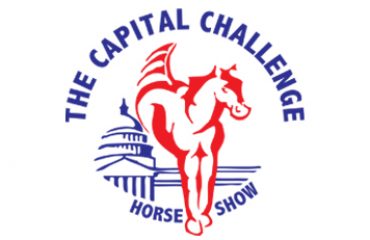 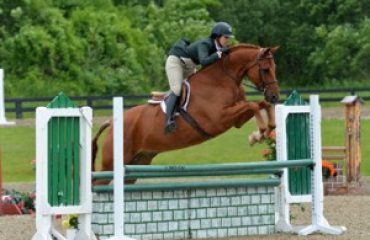 First Time’s a Charm for Caitlin Venezia in the $5,000 Devoucoux Hunter Prix 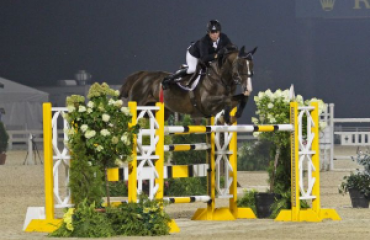