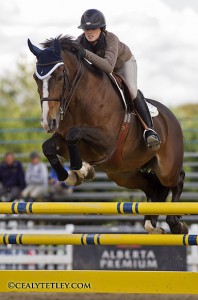 Palgrave, Ontario – Local competitor Christi McQuaker of Schomberg, ON, opened the CSI2* Canadian Show Jumping Tournament (CSJT) with the first win of the day on Wednesday, September 19.  The five-day international show jumping competition runs through September 23 at the Caledon Equestrian Park in Palgrave, ON, which was recently named the official equestrian venue of the Toronto 2015 Pan/Parapan American Games.

Having hoisted the trophy in 2010, Jill Henselwood of Oxford Mills, ON, is a favourite to win this year’s Caledon Cup, as is her 2008 Olympic silver medal teammate, Mac Cone of King City, ON.  However, they will face stiff competition from local favourite Yann Candele of Caledon, ON, who comes into this year’s Canadian Show Jumping Tournament on a hot streak.  Before the winner is decided, however, the riders must first face the challenging tracks set by two-time Olympic course designer Leopoldo Palacios of Venezuela.

Competition will also be fierce in the hunter rings, as the Canadian Show Jumping Tournament plays host to the $10,000 Ontario Hunter Jumper Association (OHJA) Ultimate Hunter Challenge.  This three-phase event is designed to highlight and reward young hunter horses competing in Ontario.  The “Ultimate” Hunter title will be awarded to the overall high point winners in each age category – four and five-year-olds and six and seven-year-olds, who exhibit excellence in conformation, movement and jumping.

In addition to showcasing some of the best horses in the country, the Canadian Show Jumping Tournament will also put the spotlight on Canada’s next generation of human athletes, hosting the Eastern Regional Finals of the CET Medal for riders aged 21 and under, as well as the Eastern Canadian Final of the Jump Canada Talent Squad.

Charity and community involvement are also at the forefront of the Canadian Show Jumping Tournament.  For the past three years, a child’s wish for a pony has been granted to three lucky recipients through the Children’s Wish Foundation of Canada.  This year, 10-year-old Hannah Smith of Cardston, AB, will have her wish granted during a special presentation on Saturday.

The charitable component of the horse show has also raised thousands of dollars for the not-for-profit foundation through its various fundraising initiatives, the heart of which is the Jumping for Dreams Children’s Wish Celebration.  The Celebration features a luncheon on Saturday, September 22, held in the Champions Patron Club, located next to the grand prix ring.  Tickets are included with Champions Patron Club membership, or can be purchased for $1,000 for a table of eight, or $125 per person.

Also in support of the Children’s Wish Foundation, the Family Village will be open on Saturday and Sunday and will feature entertaining and educational interactive displays and attractions, including Sciensational SSnakes and Birds of Prey.  The Foxbury Farm Horseless Horse Show is also returning this year, allowing children to jump kid-sized obstacles on foot in a competition of their own.

The athletes themselves will have the opportunity to take part in the fundraising efforts by participating in the popular ‘Ribbon Campaign’ taking place throughout the duration of the Canadian Show Jumping Tournament.  By donating any ribbons won, competitors contribute the corresponding prize money to the Children’s Wish Foundation.

New for 2012 is the Horse Shoes for Charity program, where equestrians donate used horseshoes.  BWD Equine Services has been collecting used steel and aluminum horseshoes at all of the tournaments held at the Caledon Equestrian Park throughout the summer.  Guild Recycling Corporation will collect the shoes at the Canadian Show Jumping Tournament, weighing them and recycling them into new metals.  Guild will then donate all proceeds from this process to the Children’s Wish Foundation as part of the Jumping for Dreams initiative. 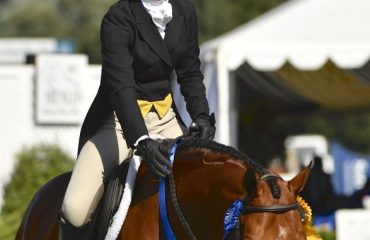 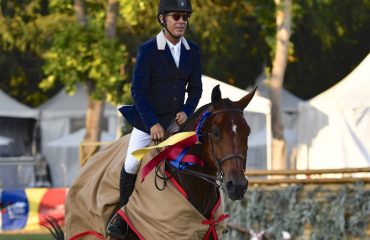 Jan Byyny and Inmidair Take the Lead after Cross Country in the CCI*** at the Dutta Corp. Fair Hill International – Sharon White and Under Suspection Top the CCI**