Lexington, Kentucky – It was another week of show jumping success for Emanuel Andrade of Venezuela as the 16-year-old continued to test his skills against the top professionals at the 2013 Kentucky Spring Classic held May 15 to 19 in Lexington, KY.

Having dominated the Junior Jumper divisions for the past two seasons, Andrade is quickly proving he has what it takes to compete against the sport’s top professionals. During the Kentucky Spring Classic, Andrade qualified two mounts for the 13-horse jump-off in the week’s featured event, Saturday night’s $75,000 Mary Rena Murphy Grand Prix. His jump-off time with Walter 61 would have been fast enough for the win, but a rail down left the pair in seventh place in the final standings. Another four-fault jump-off effort earned Andrade eighth place with ZZ Top v/h Schaarbroek Z. 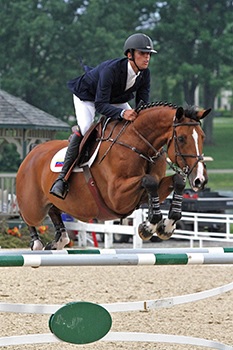 One week earlier during the Kentucky Spring Horse Show held May 8 to 12, Andrade had placed third from a competitive field of 42 entries in the $20,000 Bluegrass Classic riding Walter 61, a 12-year-old Sachsen-Anhaltiner gelding owned by Hollow Creek Farm.

Andrade also competed in the Open Jumper divisions at heights of 1.30m, 1.40m, and 1.45m, scoring several wins against the professionals. Carboni picked up two wins in the 1.30m division, while Boccaccio also scored victory at the same level. In the Seven and Eight-Year-Old Young Jumper division, Andrade guided Black Pearl to victory.

In Friday’s High Junior/Amateur-Owner competition, Andrade topped a 31-horse starting field to win with Wilkina Lithya, a 10-year-old mare that he began riding during the winter season in Wellington, Florida. He also placed third with Tiny Tim and seventh with La Fe Forli, and rode away with the Reserve Championship division title.

Andrade, who commutes between his native Venezuela where he is a student and the United States, trains with Angel Karolyi and Andrea King of Hollow Creek Farm in Aiken, SC. Already a veteran of the Venezuelan Show Jumping Team, Karolyi, 26, also enjoyed a top 10 finish in the $20,000 Bluegrass Classic riding Amigo, a nine-year-old bay Zangersheide gelding, on the final day of competition. During the first week of competition, Karolyi guided Indiana 127 to a fourth place finish in the $25,000 Hagyard Lexington Classic.

With their combined success at the Kentucky Spring Horse Shows, Hollow Creek Farm certainly made its mark during the two weeks of competition. 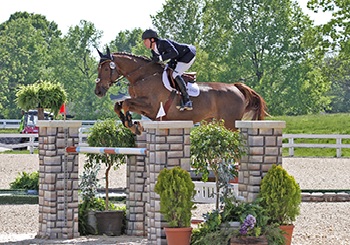 “I am super happy and grateful to have this opportunity with Hollow Creek,” said Andrade. “I am trying to stay focused so I can continue winning. Kentucky is one of my favorite shows here in the United States. The whole team likes it here, and the horses love it.”

Andrade and the Hollow Creek team will return to Lexington in June for their next competition. Held at the Kentucky Horse Park, site of the 2010 Alltech World Equestrian Games, the show jumping competition provides a unique opportunity for both horses and riders to gain experience competing at a major games venue.

For more information on Hollow Creek Farm, a large training business focusing on both horses and riders, please visit www.hollowcreekfarms.com

Photographs may be used one time only in relation to the above news item. 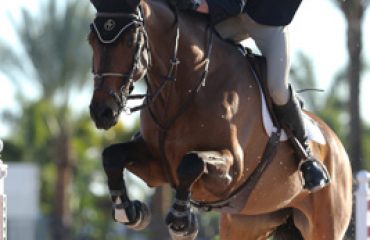 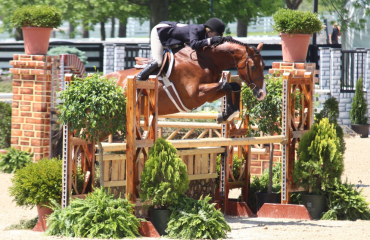