Out of eleven starters, only four made it to the jump-off. Spectators – including the top jumper riders – filled the best seats in the house and encouraged the smaller competitors with cheers and ‘clicks’ at moments where the ponies might have had a moment’s hesitation.

Rucci and her 9 year old home-bred I SPY A RAINBOW raced around the jump-off course cutting corners wherever possible, and crossed the timers in 34.107 seconds. Merrill Harvey and PANDAMONIUM had a faster time in 29.522 seconds, but they incurred 8 jump faults which relegated them to second place.

“Jumping in the NAL Pony Jumper Final means a lot to me because this is probably our last pony jumping show ever – I’m getting too tall for him”, said Rucci. “He’s probably going to do hunter ponies now, and I think he’s tired of doing jumpers. He always tried really hard and he tries to go clean. He doesn’t go very fast, but he can turn really, really well”.

When Rucci was asked what kind of courses she prefers, she said, “I like jump-offs the best. They’re shorter and I just like to go fast!” 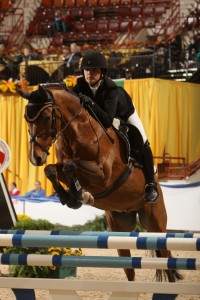 Emilie Rucci and I SPY A RAINBOW
(photo © AlCookPhoto.com)

The North American League (NAL) offers year-long Series in six divisions – Adult Jumper Presented by SmartPak, Children’s Jumper Presented by EquiFit, Adult Hunter Presented by Practical Horseman, Children’s Hunter, Pony Jumper, and Low Junior/Amateur-Owner Jumper. The Series includes classes held at hundreds of horse shows across the United States and Canada. The NAL gives riders in these divisions a chance to ride in year-end finals at two major indoor shows – The NAL National Finals at the Pennsylvania National Horse Show at Harrisburg, October 10-19, and the NAL West Coast Finals at the Las Vegas National Horse Show, November 12-17. Further information on the NAL is available at www.ryegate.com or by contacting Ryegate Show Services at 717-867-5643 or NAL@Ryegate.com. 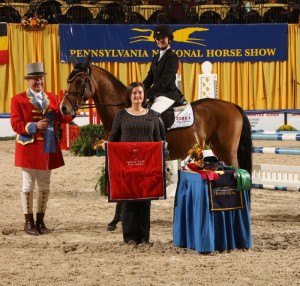 Emilie Rucci and I SPY A RAINBOW accept their award (photo © AlCookPhoto.com) 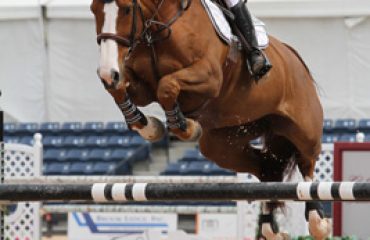 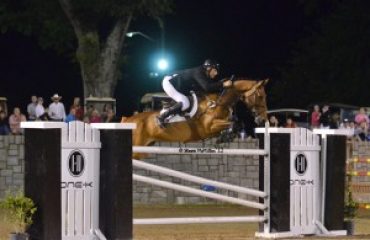 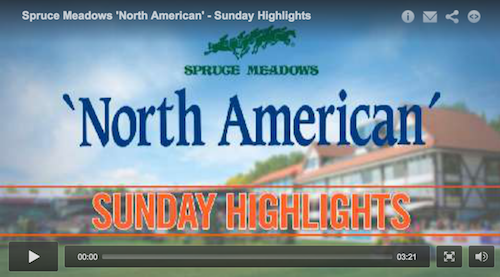