The North American Junior Flat Equitation Championship is a fun and competitive class only found at Capital Challenge. Megan MacPherson of Boulder, CO, was able to outlast the field to return into the lineup in first place on her horse, Great Expectations. The reserve champion ribbon went to 14-year-old Hannah von Heidegger.

McPherson has had her horse for a year and a half and said, “He’s perfect in all ways.” The pair made the callback rounds last year in the Pessoa/USEF Medal Finals and this winter in the George H. Morris Excellence in Equitation class. She noted, “I think that we click. He’s always there and so easy, and there’s really nothing that I can say is wrong with him.”

McPherson finished second in the 15 Year Old Equitation flat class, which qualified her for the Championship class. The judges, Rob Bielefeld and Cynthia Hankins, asked the top 10 riders to ride nearly all of the work-off without stirrups, and included many tests like counter cantering, extensions, and flying lead changes.

She said of the special format, “I love it. It’s a really cool, unique class and good to have fun opportunity like that. I just went in saying whatever happens, happens. No pressure. He flats beautifully and does all of the flat tests perfectly. I felt like I tried to hold on a little bit!”

The 17 Year Old Equitation championship, sponsored by Old Salem Farm and Frank Madden Show Stables, went to Kilian McGrath of Thousand Oaks, CA, on Clarequest Chippy Cruise, a horse she rode for the first time this weekend. The pair got into a groove early in their relationship. “This is the best Capital Challenge yet!” McGrath smiled. “I haven’t gotten a blue ribbon until this year. I’m really happy about that, especially since I was on a horse that I just rode for the first time this weekend.”

McGrath feels like “Chippy” is meant to be her mount for this year’s Indoor equitation finals. Both he and her jumper, Salerno, came from Olympian Laura Kraut. Salerno is called “Salsa” in the barn. “It’s Chips and Salsa. They go together!” McGrath laughed.

McGrath and Chippy won the over fences class in the indoor arena and were third under saddle. She noted, “The second round, I felt like I got to know him a little bit better. After the first round I kind of figured out what I needed to do for the second round. I just rode the horse I had and was happy with the results. I felt more confident going into the second round.”

The 17 Year Old Equitation reserve champion was Savannah Jenkins on Capilan 2, who finished with two third places over fences and was second on the flat.
© Shawn McMillen Photography

Local Brookeville, MD, rider Ashley Foster took the 16 Year Old Equitation championship, sponsored by Old Salem Farm and Frank Madden Show Stables, riding Raindance, owned by Megan McPherson. Foster said of her mount, “She’s perfect. I got her the end of Ocala. I’ve been riding her for awhile now and we’ve gotten used to each other. I think we make a pretty good pair.”

Foster has shown at Capital Challenge for years. She felt confident coming into this year’s show and that it was great to win here in the equitation. “I always rode here in the ponies. It’s great to get out of that and onto the horses and start winning some big stuff,” she said.

Michael Janson and Fortune Cookie finished as the 16 Year Old Equitation reserve champions following a win in an over fences class.

The 15 Year Old Equitation championship was awarded to Lillie Keenan of New York, NY, on Clearway. The pair finished second and fourth over fences and won the flat class. Keenan has been riding Clearway regularly since the end of the winter season. “He is one of Andre’s equitation horses. He bought him at the end of WEF from Brian Walker,” Keenan said.

Clearway was successful at the Devon Horse Show with Keenan and Michael Murphy, but came to Capital Challenge for more exposure. Keenan explained, “We just brought him here for experience; he’s never really shown inside. Outside, he’s awesome. In here he was really good. You can imagine a horse’s first time inside with the scoreboard and everything. It’s a lot, but he handled it quite well. He’s nice to flat, so that clearly helped me.”

This was the first time Keenan has ever shown at Capital Challenge Equitation Weekend. “The last time I was here, I was on ponies,” Keenan recalled. “It’s fun, and I like this horse show. Being here the first time and doing well is a plus. It’s a great experience for some of the younger horses that have never been inside. You don’t really want to go to the finals on a horse that’s never done it. This is what the ring feels like when you go to any of the finals. It’s got the stands, it’s got the screen. They make this feel special. It’s good practice, and it’s fun and it’s meaningful.”

The 15 Year Old Equitation reserve champion was Sydney Callaway on Van Radjah. They were first and second over fences and finished sixth on the flat.

Hannah von Heidegger of Chatsworth, CA, captured the 13/14 Year Old championship sponsored by Citrus Hill Farms. She rode Beckham, a mount she has had for two years. Although she has shown at Capital Challenge twice before, this was her first time in the equitation.

She said of Beckham, “He’s my favorite horse to ride in the entire world. He’s my baby. He’s just so much fun to ride and he has a great personality. He tries so hard. It’s such a fun and great feeling to get to ride him.”

She and Beckham finished second and third over fences and won the flat class. On her championship, she commented, “It feels great. I’m really excited about winning the flat because there were a lot of people in there and a lot of really beautiful riders. It was a great win, and I’m just happy to be here. I think this will give me some really good confidence going into the other finals.”

The reserve championship in the 13/14 Year Old Equitation was Victoria Colvin on VIP Z, who was first and second over fences (scoring a 92 along the way) and fourth on the flat.

Emma Wujak of Grosse Point Farms, MI, took the 12 Year Old Equitation championship on Sim Sala Bim. Although they are a new combination, they were able to win an over fences class and the flat class. They also placed tenth in the North American Junior Flat Equitation Championship.

She pointed out, “I don’t know much about him because I’ve only been riding him for two days, but he’s really awesome and a lot of fun. He’s like my horse that I have at home. I couldn’t expect much because it was the first time showing him, but it was really fun. He was a really good boy.”

Of her experience today, Wujak said, “It’s amazing and a dream come true. It was so much fun to go out there and then trot down the middle.” Wujak will try to repeat her winning performance tomorrow in the THIS National Children’s Medal Finals.

Alexandra Worthington and Romina 58 were reserve champions in the 12 Year Old Equitation division. They were first and fifth over fences and third in the flat class.

April Wehle of Wellington, FL, won the Adult Amateur Equitation championship on Icarus. Wehle explained how she got the ride today, “I actually just rode him for the first time yesterday. I didn’t have a horse for the weekend and luckily my trainer Tiffany Cornacchio searched everywhere and Ken and Emily Smith were nice enough to let me use their son’s horse. They were really, really good to me and let me show him.”

The pair won an over fences class and the flat class. Wehle described, “He is just the real deal. He goes around and is completely soft and smooth. He just guides you around and it’s really great.”

Wehle showed once as a junior at Capital Challenge, so winning here for the first time as an adult was a great experience. “I was so excited because I really thought I was just going to be here warming up horses. I was so exited to show. It was really fun.”

The reserve champion in the Adult Amateur Equitation was Annie Finch, who rode W.C. Swing to two second places over fences and another second place on the flat.

The THIS National Children’s Medal division championship went to Melanie Selleck, while the reserve champion was Sydney Hutchins.

For full results and more information, please visit www.capitalchallenge.org . If you can’t attend the Capital Challenge Horse Show, remember you can log on towww.equestriansport.tv  to see all the action live.

About Capital Challenge
In its 19th year, the Capital Challenge Horse Show sets itself apart with a distinct and unique focus on preeminent hunter competition. Held each autumn at the Prince George’s Equestrian Center in Upper Marlboro, MD, this year’s show will take place on September 29-October 7. 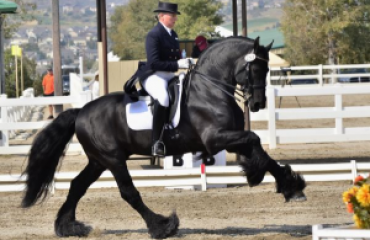 Dressage in the Rockies I, II and III a Resounding Success 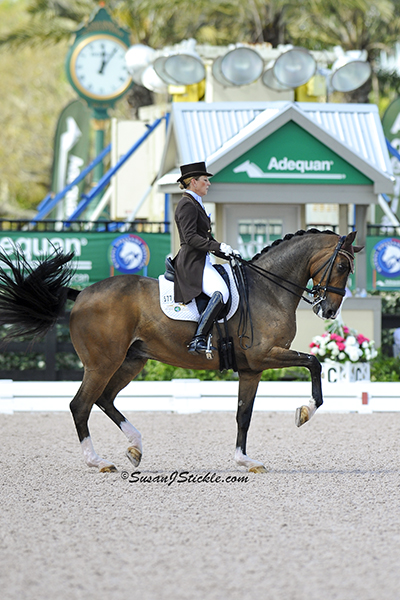 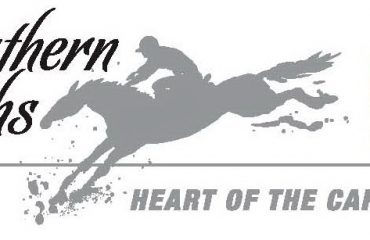 Dressage Riders are in top form at So8ths/Nikon Three-Day