Upper Marlboro, MD – October 5, 2013 – The World Championship Hunter Rider (WCHR) Developing Professional Challenge saw 28 talented entries, but there was one pair that stood out from beginning to end. Greg Crolick and Grey Street finished both rounds of the two-round class with average scores of 88 for a total of 176 points, earning them a well-deserved victory gallop around the indoor ring at the Capital Challenge Horse Show.

Crolick and the 10-year-old Brandenburg gelding’s impressive first round ride shot them straight to the top of the leaderboard going in to round two. One by one the top twelve riders returned in reverse order of their rankings to compete over the second round course. That put Crolick and Grey Street, owned by Adrienne Marciano, as the last to return and made for a climatic finish to the class.

Just two trips before Crolick, Jamie Taylor and Cipraiani turned in a seamless round, earning them an overall score of 175.66 and setting the bar to beat. In order to earn the championship cooler and ribbon, Crolick and Grey Street had to earn at least an average score of 87.66 from the three judging panels. Thanks to a meticulous second round ride, the pair did just that, earning an 88 average and clinching the win.

“Grey Street is a wonderful horse, and he really rose to the occasion,” Crolick said. “This class really catered to him. He has that beautiful lope across the ground that is consistent and organized, and he was really able to showcase that.”

Crolick may fit the developing professional class criteria, but the Bloomfield Hills, MI native has in fact been moving his way up the professional ranks quite successfully over the past years, earning a number of top honors along the way.

“There was some banter among my friends because it used to be called the emerging professional challenge, and they all said ‘haven’t you emerged by now?'” joked Crolick.

Crolick has definitely emerged, and he continues to develop a top string of horses. Grey Street is among that top lineup that will be heading with Crolick to the Pennsylvania National Horse Show in Harrisburg, PA before he heads back home for another exciting development – the birth of he and wife Jessica’s second child.

Greg and Jessica Crolick own and operate Top Call Farm, a full service riding and training program located at the beautiful Bloomfield Open Hunt Club. Top Call Farm offers training of the show horse and rider, as well as riding instruction for those just starting out. Top Call can also aid in the purchase or sales of your show horse. For more information please visit Top Call Farm on Facebook. 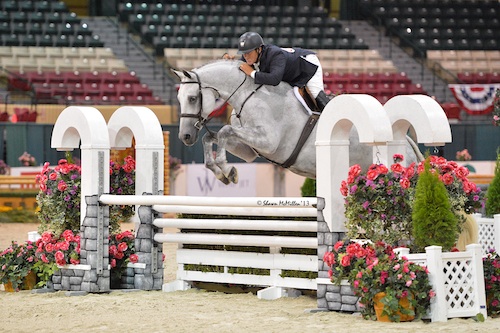 Greg Crolick and Grey Street. Photo by Shawn McMillen Photography. Photo may only be used in relation to this PMG press release. 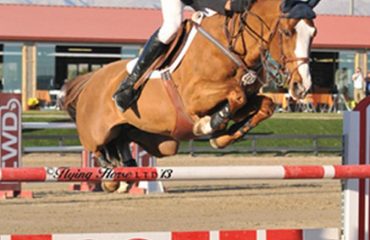 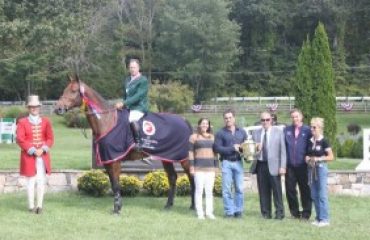