The $100,000 FTI Consulting Rider Challenge concluded on Saturday night after twelve weeks of jumper competition at the 2013 FTI WEF. Kent Farrington led the standings and earned a $50,000 cut of the bonus money for his success during the circuit. Conor Swail finished in second place to earn $25,000, Reed Kessler was third and received a $15,000 check, and Beezie Madden finished fourth for a $10,000 bonus.

Farrington was second last year and moved up to take the top prize with many great finishes throughout the circuit this year.

“It means I can take home some more money, which is great,” Farrington smiled in response to the win. “I was second last year, and I’ve been telling Dennis Shaugnessy that I was going to take his money one of these years, so finally. It’s great to have rider incentives like that. It’s a long winter here and any time there are bonuses, it’s really exciting for our sport and something we all look to a little bit. I have a good team of horses and I have a great group of owners to thank, along with my staff. It’s a big team of people helping that happen.” 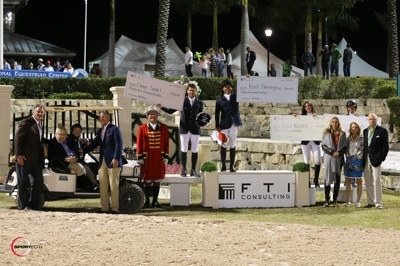 Several other awards were presented on Saturday for the final week of competition in Wellington. Ben Maher’s mount Cella had a fantastic circuit and her owner, Jane Clark, was presented with the Simba Run Perpetual Trophy as the owner of the open jumper who has earned the most prize money in classes held at 1.45m or more during the 2013 FTI Consulting Winter Equestrian Festival. Clark was also presented with The Harrison Cup Perpetual Trophy, which is awarded to the owner whose horses won the most jumper money in all of the open jumper classes held throughout the circuit. In addition, Cella’s groom Joy Montgomery was presented with the Oliver O’Toole Perpetual Memorial Trophy, which is awarded to the groom of the horse who has earned the most money in the grand prix jumper classes.

Other awards included the Leading Lady Grand Prix Rider for the circuit, which was presented to Reed Kessler on behalf of Martha Jolicoeur of Illustrated Properties in memory of Dale Lawler. Conor Swail received theNiall Grimes Perpetual Trophy as the Irish rider that earned the most money during the week of CSIO competition. Laura Kraut and Woodstock O were presented with the Champion Equine Insurance Jumper Style Award for the overall circuit, which is awarded to the jumper whose style best exemplifies a show jumper based on scope, rideability, technique and competitive spirit. 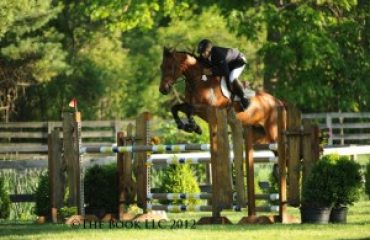 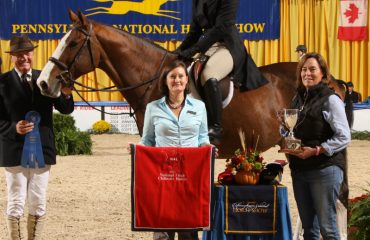