Wellington, FL – January 17, 2013 – Laura Kraut and Jubilee d’Ouilly jumped to victory in the $33,000 Ruby et Violette WEF Challenge Cup Round 2 on Thursday afternoon at the FTI Consulting Winter Equestrian Festival (FTI WEF) in an exciting jump-off of top competitors. Last to go in a 24-horse tie breaker with McLain Ward holding the first and second positions, Kraut and Jubilee shaved fractions off of the leading time to win in a dramatic finish.

Luc Musette of Belgium is the course designer in the International Arena for week two. In Thursday’s $33,000 Ruby et Violette WEF Challenge Cup Round 2, Musette saw 57 entries in the first round of competition with 24 advancing to the jump-off. Only nine competitors were able to clear the short course without fault as they raced against the clock, and Laura Kraut and Jubilee d’Ouilly’s time of 35.57 seconds took top honors.

Jubilee d’Ouilly is a 16-year-old Selle Francais mare by Palestro II x Graphit, owned by A. Le Bon and F.X. Le Bon. The mare has had a very successful career in Europe and just made her first trip to the United States this winter as a new mount for Kraut. The rider detailed, “I got her at the end of November. She is now 16 years old. She has had an illustrious career with Penolope Leprovost and Trevor Coyle, so I have big shoes to fill.”

“Trevor unfortunately got hurt, so they called me and asked if I would take over the ride, which was an unexpected and pleasant surprise,” Kraut smiled. “I have jumped her twice. I jumped in Paris and then London. In London she was very unlucky; she had one down in the grand prix, but she should have been clear, she jumped a really good round.”

Jubilee just got out of quarantine in Wellington on Monday and is off to a great start for the winter. Kraut is not sure how long she will have the ride, but plans to enjoy her time with the talented horse.

“Trevor doesn’t know how long his injury is going to last, so he is not sure when he can come back,” Kraut explained. “I think they both agreed that she is not getting any younger. She needs to kind of go on if she is going to go, being 16, so I don’t know. I am just happy to have the ride on her for now.”

Last to go in the jump-off, Kraut was able to watch McLain Ward go on his first mount and figure out a plan with Jubilee. Their times were extremely close.

“I stayed specifically to watch McLain go on Rothchild,” she noted. “I didn’t see him go on his second, but he did six strides from jump one to jump two, which I knew I couldn’t do. She doesn’t have that kind of stride, but she is a very quick horse, so I just thought I could outturn him to the orange jump. That would be the only place I made up that time because he was galloping.”

Ward was not sure if his time would hold up with some of the good horses and riders that followed him. He stated, “I actually thought all four at the end of the jump-off had a chance; they are all great riders and fast horses. That mare with Laura is a very experienced, older horse who has always been super fast, just naturally fast. Rothchild did kick out pretty hard rolling back, which I think slowed him up a little and I checked to the last jump. Smooth is always faster and that wasn’t so smooth, so there were a couple of little mistakes on my part, but I was thrilled with both of my horses. The horse of Ilan and Missy’s is new. I went as fast as I really wanted to go today and it wasn’t quite fast enough. A great rider and a very experienced horse beat you and that is going to happen sometimes.”

Kraut looks forward to the rest of the circuit now having Jubilee as well her Olympic partner Cedric to show in the big classes. She stated, “The owner is obviously aware that I have Cedric and so I think that she is looking forward to me being able to jump Jubilee alongside with him. With her being 16 years old and Cedric being 15 years old, neither one of them can go, go, go all the time, so I think it is really nice that I will have two sort of premier horses and just be able to flip-flop between them.”

Also showing in the International Arena on Thursday, Katie Monahan-Prudent earned victory in the $8,000 G&C Farm 1.45m Jumper Classic aboard Michael Smith’s V. Out of 41 competitors and seven entries that made it to the jump-off, the pair had the fastest of six double clear rounds in 37.220 seconds. Andres Rodriguez and Arao Enterprises, LLC’s Aberdeen 33 finished second in 37.508 seconds.

Ivory Coast and Peter Pletcher were named champions of the Second Year Green Working Hunter division after two days of competition at the FTI Consulting Winter Equestrian Festival (FTI WEF). Ivory Coast, owned by Eva Bisso, and Pletcher led the division after day one of competition when they placed third and sixth over fences before winning the under saddle. Ivory Coast and Pletcher picked up another blue ribbon, this time over fences, and placed sixth in the stake round on day two.

Pletcher was also in the irons for the division’s reserve champion, Westbrooke, owned by Laurie Lewis. The eleven-year-old Warmblood gelding placed first and second over fences and fifth under saddle on day one, followed by fifth and fourth places over fences on day two.

“As a duo, they’re night and day, but they’re both very game horses. I don’t ever worry about them spooking. It doesn’t matter what ring, when it is, they always give it their all,” Scott described of the winning pair.

Pletcher found Ivory Coast last summer for owner Bisso, who was looking for a horse to compete with in Adult Hunter divisions. The eleven-year-old Trakehner won them over with his superior quality of movement and sweet personality.

“We thought we’d buy a horse that could do bigger jumps and maybe the derbies also. So we looked around and found him. He’s beautiful and a really good mover, and also super sweet,” Pletcher described. “Eva has shown him a few times in lower adult classes and he’s got a super brain.”

Pletcher went on to describe Ivory Coast’s fluid movement as the gelding’s greatest strength in the ring. “He’s really smooth. He has a beautiful topline, and has such a beautiful way of going that if maybe he jumps one jump a little funnier, his topline is so pretty that it makes the jump look better,” Pletcher stated.

Fortunately, Pletcher didn’t have to worry about any mistakes over fences during this division. Ivory Coast was undaunted by the course laid out by Philip J. Devita. “The course was really, really good. There were a lot of oxers in the class. There’s a lot of different stuff that some of the other horses might have spooked or been a little funny at, but he didn’t really care at all,” Pletcher stated.

Week two of competition at the FTI WEF, sponsored by Wellington Equestrian Realty, continues Friday with the Camping World Adult Amateur Hunter 51 & Over (Section A), hosted in the E.R. Mische Grand Hunter Arena and the $6,000 Spy Coast Farm 1.40m jump-off class in the International Arena. For full results, go towww.showgroundslive.com.

Photo Credit: Photos © Sportfot, An Official Photographer of the FTI Consulting Winter Equestrian Festival, us.sportfot.com and Anne Gittins Photography,www.annegittins.com. This photo may be used only in relation to this press release and must include photo credit. 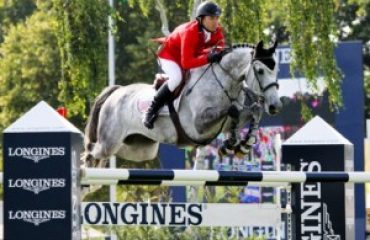 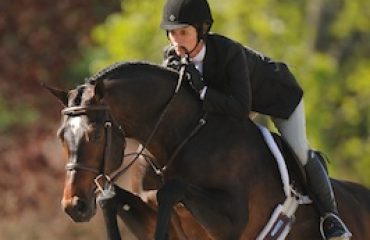