Harrisburg, PA – October 17, 2013 – Susan Clark and her own NU MOON won the Ladies Hunter Sidesaddle Championship at the Pennsylvania National Horse Show today. It was an exciting finale to the division as the Championship had to be decided in a rare three-way ‘hack off’. Reserve Champion was Devon Zebrovious and QUEST, owned by Cherry Blossom Farm LLC.

“This show is a beautiful place to ride”, said Clark, who has been riding sidesaddle since the ’80s. “It proves it to me that this is a really nice horse”, she remarked about NU MOON, a horse she has owned for 6-7 years, and was bred at the farm where she rides.

Clark had not actually done any sidesaddle riding since Devon, as she sent out her special 100 year-old Whippy sidesaddle to be redone, and only just received it back. “Today was the first time I even saw it, let alone ride in it!” said Clark. She also competes NU MOON in the amateur division at various shows, and spends three months of the year professionally braiding horses on the Wellington circuit.

The Ladies Hunter Sidesaddle Under Saddle class was judged at the walk, trot, and canter both ways of the ring, after which the judges closely inspected their formal hunting attire and appointments. Out of the five entries, it was Cindy Buchanan and THE LONE SPY who took first place, while Zebrovious and QUEST finished second.

NU MOON and Clark also won the Ladies Hunter Sidesaddle Over Fences class, where riders had to jump a course of 8 obstacles and were judged on performance and soundness, with an emphasis on manners. Second place went to Buchanan and THE LONE SPY.

Zebrovious and QUEST were the winners of the Ladies Hunter Sidesaddle Hack class, with Clark and NU MOON taking second place. In this class, competitors had to walk, trot, and canter both ways of the ring, jump a line of two fences, gallop down the long side of the ring, and halt halfway down. 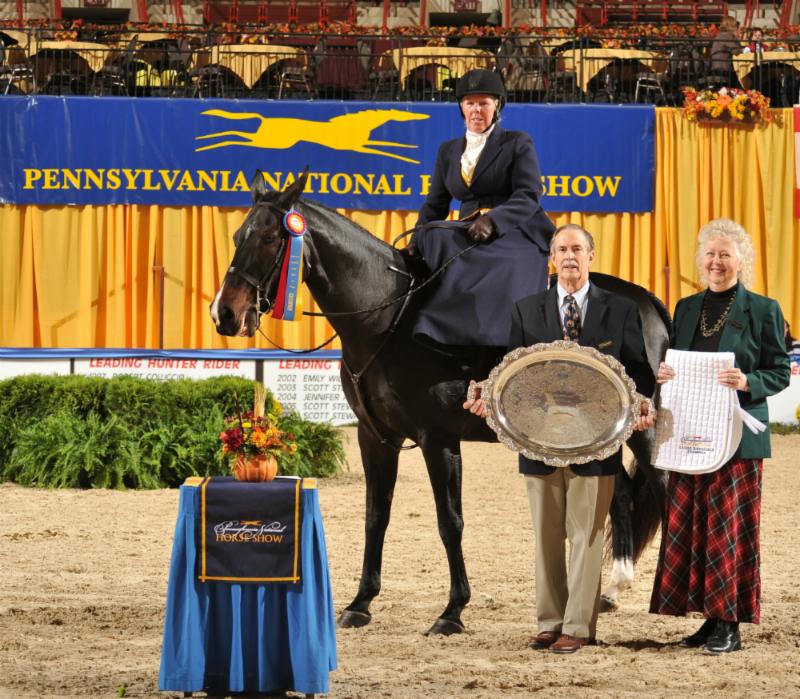 Mr. and Mrs. Richard L. Hornberger sponsored all the classes in the Sidesaddle division, and presented all the awards. 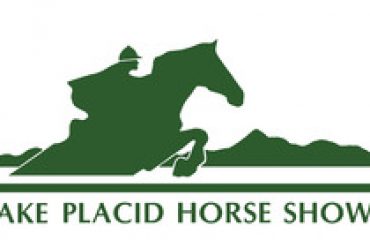 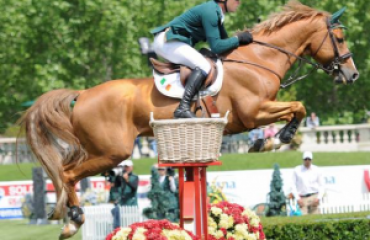 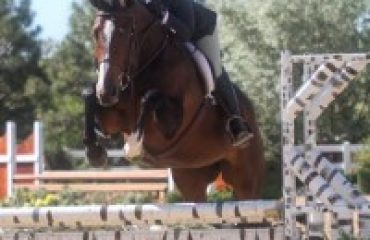